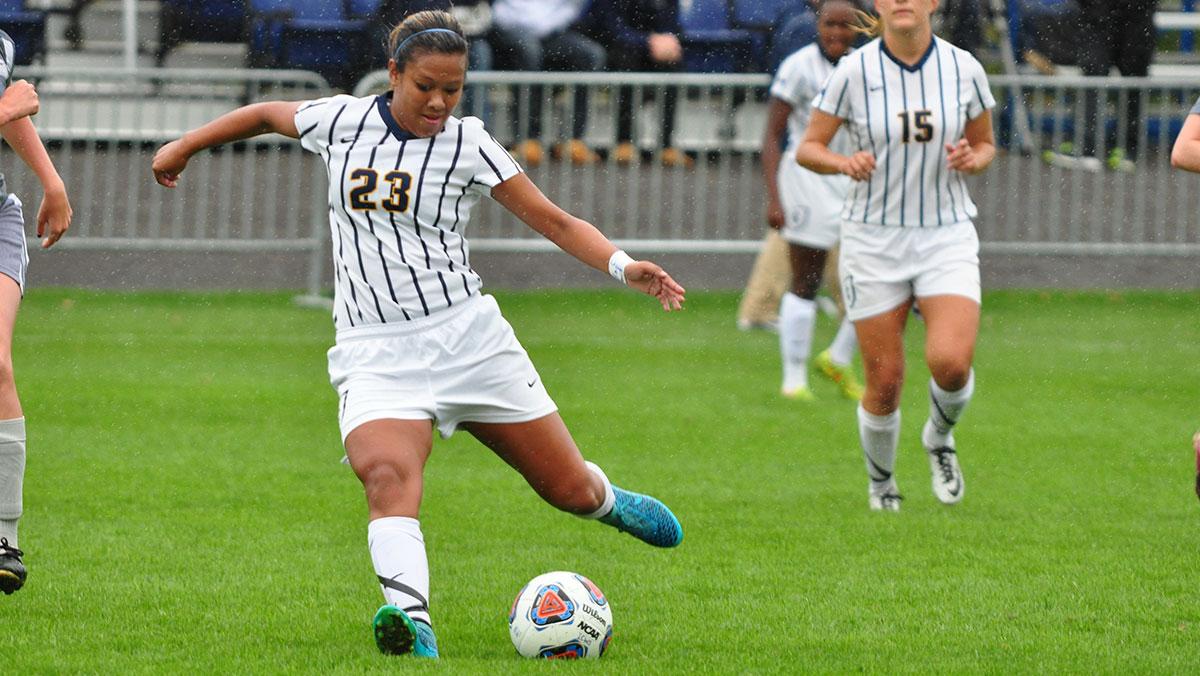 Sam Fuller/The Ithacan
Sophomore midfielder Kristyn Alonzo kicks the ball in the women's soccer match against Houghton College on Oct. 3, when the Blue and Gold earned a 1–0 double-overtime win. The Bombers went on to defeat Hartwick College 1–0 on Oct. 6.
By Adam Brobst — Staff Writer
Published: October 7, 2015

The women’s soccer team improved to 6–3–1 on the season after defeating Hartwick College 1–0 on Oct. 6 in Oneonta, New York. The game was rescheduled from Sept. 30.

The lone goal came off the foot of senior forward Kelsey King. King’s sixth goal of the season came in the 59th minute off a far corner kick from 22 yards out. The goal also set a precedent as it put her total career goals at 39, surpassing Amy Scheffer ’09 for third on the all-time list.

After outshooting the Hawks right from the start with seven in the first half, the offense stalled in the second half with only two shots. However, King’s goal was all the Blue and Gold would need as it garnered its sixth win of the season.

The Bombers ended with nine total shots, three of which came on goal and six corner kicks.

Senior goalkeeper Beth Coppolecchia made five saves, and the Bombers improved to 3–0–1 in the Empire 8 Conference.

Up next for the South Hill squad is a game against Rochester Institute of Technology at noon Oct. 11 in Rochester, New York.