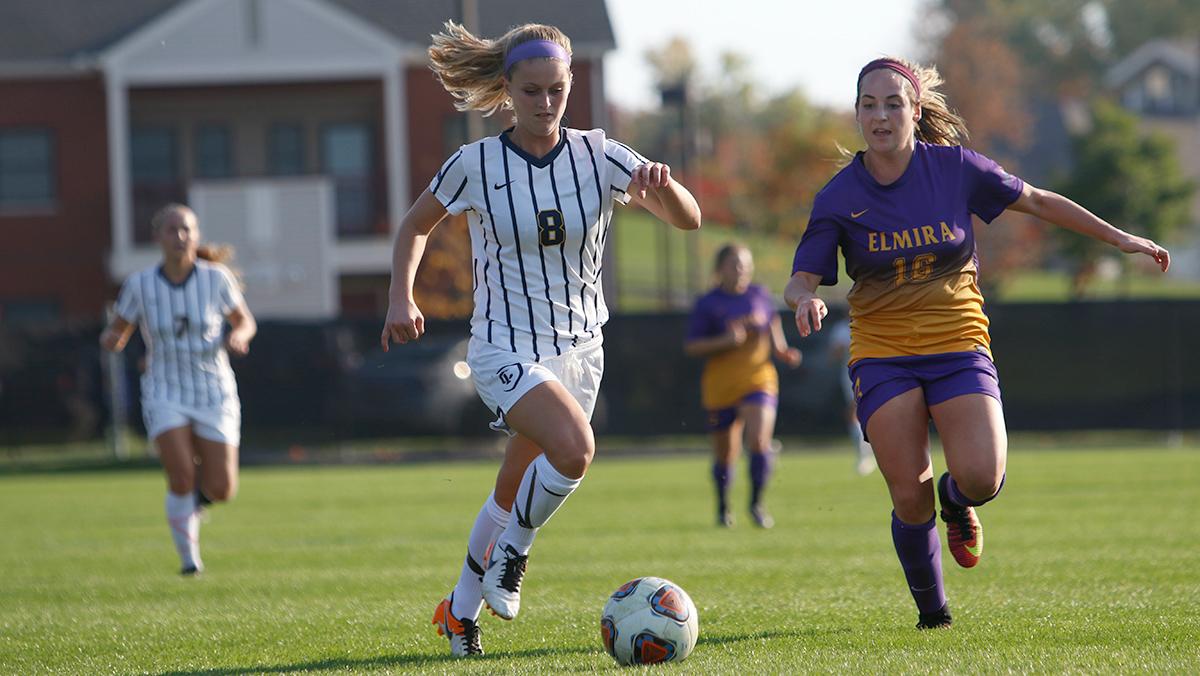 The Bombers opened up scoring early in the game, netting their first goal of the day in the ninth minute when senior forward Jocelyn Ravesi scored off an assist from senior forward Holly Niemiec.

Ravesi scored again just seven minutes later off an assist from sophomore forward Emma Oliver. Two minutes later, senior Megan Nash scored from a loose ball in front of the net to bring the lead to 3–0.

Ravesi was able to complete a first–half hat trick on an unassisted goal. Sophomore midfielder Shoshana Bedrosian got in on the scoring barrage in the 45th minute to bring the Bombers lead to 5–0.

In the first half, the Bombers took 13 shots of their own while holding the Soaring Eagles to just three. The Bombers were also able to earn themselves five corner kick opportunities but were also called offside nine times.

In the second half, the Bombers were able to continue their dominance. They held Elmira to five shot attempts while taking a staggering 19 shots of their own.

In the 50th minute, Ravesi tied a program record for most goals in a game, scoring off a breakaway, which was assisted by Oliver. Sophomore Sarah Pirnie and junior Shannon McMillan had scored in the 59th and 62nd minutes, respectively, to bring the score to 8–0.

Elmira scored in the 81st minute to avoid being shut out.

The win brings the Bombers’ conference record to 4–1–1 and their overall record to 9–2–2.