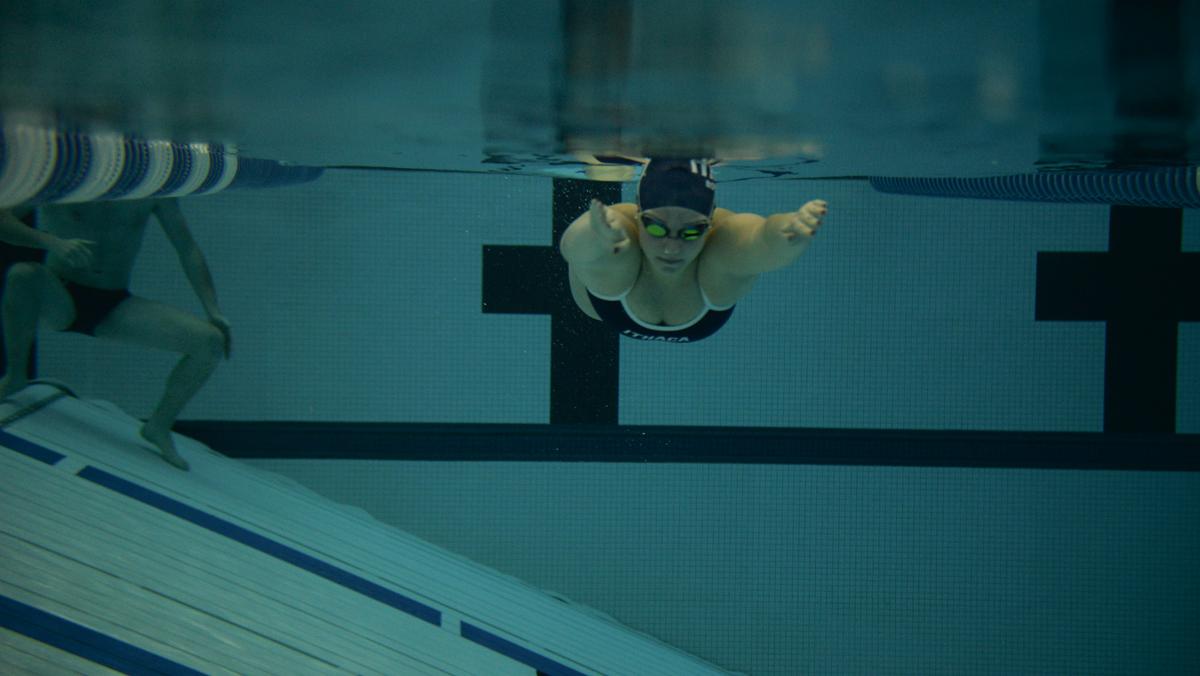 The women’s swimming and diving team is focusing on rebuilding the team this year after graduating 12 senior swimmers last year.

While the diving end of the team is welcoming back many of last year’s leading divers, head coach Paula Miller said, the swimming part of the team will rely on the team’s 12 sophomores, as well the six seniors, to push through this year and get the team where it wants to be.

This year, there are 21 underclassmen and 12 upperclassmen.

Chris Griffin, assistant aquatics coordinator and diving coach, said senior divers Katie Helly, Lindsey Suddaby, Alyssa Wishart and Anna Belson and graduate student Nickie Griesemer are strong contenders for the NCAA Diving Regional Championship and the NCAA Championship. Helly, Suddaby, Belson and Griesemer have competed in nationals before, making it a possibility for all five divers to qualify this season.

Griffin said the divers are eager to get to the next level of competition and improving their overall performance.

“Whether they were an alternate last year, we’re trying to make it to nationals or improve our standings of what we did previously at nationals,” Griffin said.

Helly said that while they are looking toward the future, that does not necessarily include new dives, at least for the seniors. She said it takes some time to perfect new dives, so the seniors are focusing on those dives they have been developing for the past few years and trying to perfect them.

“For our older women on the team, there’s a big change in dynamic this year because there’s a reality that we don’t have a year or two years to perfect a dive — this is our last year,” she said.

Helly said the most exciting aspect of the diving team for the seniors and graduate student is that this is the first year since their freshmen year that they will all be on the team together, competing at the same time. Each year, at least one member of the team was studying abroad.

“It’s exciting for us, and it’s intimidating knowing the possibilities we have with the five of us being a team together,” Helly said. “That excitement also spreads to the younger divers because they are so new; having all five of us there to show them what a team should be and what a diving team is, really helps them out.”

While the seniors on the diving team are the ones looking toward nationals, the swimmers are relying on the sophomore class this year because of the 12 swimmers the team lost to graduation.

“Last year, as freshmen, a few had opportunities, but we didn’t have to rely on them because we had such a large group and it was the upperclassmen who happened to be the faster athletes,” Miller said.

“There is definitely a little pressure holding up that reputation of being an undefeated team and going on to states and sending some to nationals,” Warren said.

Miller said that last year, the freshmen did not have much pressure on them.

“Now they are noticing that the success comes down to them,” Miller said. “They have to contribute in a positive manner.”

Warren said the pressure may be on her class, but said they are ready to take on this new role.

“We are excited and ready to step up as a group and individually and towards taking on a new place on the team,” she said. “We’ve had super-high energy this season.”

The sophomores are not the only ones noticing the big change. Junior Zoe Vadney, breaststroke and butterfly swimmer, said the upperclassmen have acknowledged it too.

“My class looked up to the graduated senior class as the leaders of the team since our freshman year,” Vadney said. “It’s definitely a younger team; there are a lot of underclassmen.”

That is not necessarily a bad thing, though, but rather a change in dynamic, Vadney said.

“You’re going to have a different dynamic each year,” she said. “We have a lot to overcome on how we are going to mesh together as far as relays.”

Another dynamic change is the addition of assistant coach Jonathan Husson ’16. Vadney said that Husson’s transition from a peer to a coach has been different, yet smooth.

“It’s been very interesting seeing him take on the role and mature not just as a peer, but now as a coach,” Vadney said.

Vadney said that while it is still very new, it has been working well because both Miller and the team trust him.

“He knows a lot about swimming, and has been helpful in the weight room,” Vadney said. “He does CrossFit, so Paula trusts him in knowing what’s best for us in workouts.”

Although the team’s dynamic has taken a shift this year, Miller said she is not worried. She said it might take them a while to adjust, but that ultimately she and the team are focused on nationals and championships. Miller said she thinks it will be a great year, but that she is more focused on the individual swimmers and divers than the win-loss records.

“We are preparing for the state championships,” Miller said. “Right now, it’s wide open and we can’t control what other teams have. We can’t be disappointed on losing to an excellent team; we can be disappointed if we didn’t perform well.”

Men’s and women’s swimming and diving loses to RPI