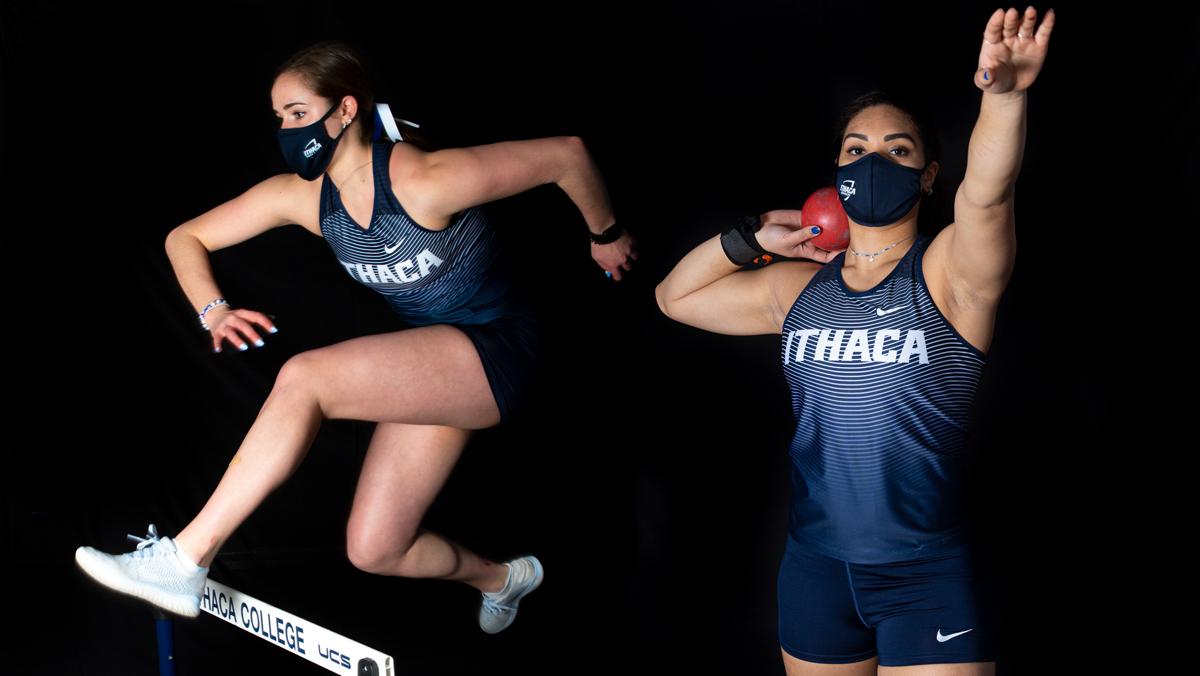 The Ithaca College women’s track and field team will look to build upon its strong 2019–20 indoor season and earn its third straight outdoor Liberty League championship in the upcoming season.

The Bombers will once again be under the leadership of head coach Jennifer Potter, who was named National Women’s Coach of the Year in 2020 by the United States Track & Field and Cross Country Coaches Association. She was the only woman to be nominated for the award. The entire coaching staff was named Coaching Staff of the Year by the Liberty League Conference on top of Potter’s award. Potter led the team with assistant coaches Mary Wallenback, Erin Dinan, Tyler Burdoff, Matt Scheffler and Leigh Martino, along with graduate assistant coach Maia Rumsey and student assistant coach Kassi Reagan.

“Our program wouldn’t be where it is without the level of coaching and the personal attention we offer,” Potter said.

The team has to work around COVID-19 restrictions that limit what it can do. Potter said travel will be one of the significant differences this year. She said the team can only travel a certain distance from campus in buses at half capacity. Potter added that because the college does not have a competitive outdoor facility, the Bombers will have no home meets.

One returning athlete is senior thrower Ariyahna Bernard. Bernard, who placed second in the Liberty League weight throwing competition and first in the shot put event, said she is looking to build off the end of her 2019–20 season and take the top spot in the weight throwing category.

“I’m just trying to gauge where I was last year versus this year,” Bernard said. “Last year, I had a personal best and was really close to qualifying for nationals. Seeing my progress right now has really helped me stay focused on moving on.”

The team will also be looking to fill a hole left in the throwing events after Kendall Wellauer ’20 graduated last spring. Bernard believes the current group of throwers is ready to continue being a force not only in the Liberty League but nationally, too.

“Our throwing squad is extremely strong, especially in the Liberty League,” Bernard said. “Our chemistry together is one of the key factors in that.”

Potter said the Bombers can expect strong performances from freshman sprinter Katarina Gomez and freshman pole vaulter Gwen Gisler. Both were brought to the Nazareth Invitational on March 6th and earned spots on the podium. Gomez placed second in both the 60-meter dash and 200-meter dash. She also ran the third leg in the winning 4×400 relay for the Bombers. Gisler earned second in the pole vault event after clearing 3.35 meters.

The team is also welcoming back sophomore Madison Martinez. Martinez runs the 400-meter hurdles for the Bombers and said she is looking to be a key contributor in the upcoming season.

“My personal goals are to be healthy, compete in as many opportunities as I can and be able to contribute to my team,” Martinez said.

Martinez said the Bombers have been broken up into practice pods based on their events due to COVID-19. She said that while it is unusual to not be together as a whole team, it has been a chance to build deeper relationships with just a few teammates.

“We [used to] practice together and work out together, but now we can’t really do it,” Martinez said. “It’s more of a distanced lift, workout runs and we’re broken up into smaller pods. I feel like I’ve gotten to know my pod, so that’s a positive takeaway.”

The Bombers are also being driven by what was taken from them last year. After being sent home from the 2020 NCAA Division III Indoor Track and Field Championships just a day before events began, Potter said the loss hit them hard. While the team’s official schedule for outdoor has yet to be confirmed, Bernard said she felt a sense of determination from returning athletes to get back to nationals through practices and intrasquad events so far.

“We’re extremely hungry and have this thirst that has not been quenched,” Bernard said.

Potter said she wants the team to keep its attention on the outdoor Liberty League Championship and outdoor NCAA national championships.

“We’re a postseason program,” Potter said. “Everything takes time, and we are in no hurry.  There’s no reason to get injured on March 6 when we’re focused on May 6.”

Above all, for senior athletes like Bernard, this season is a chance to represent the college and compete with her teammates one last time.

“I’m extremely fortunate to be able to have this opportunity,” Bernard said. “I know that there are some fall and winter seniors who don’t have the opportunity to finish out, and it’s holding that on my shoulders and doing it for the people who aren’t able to.”