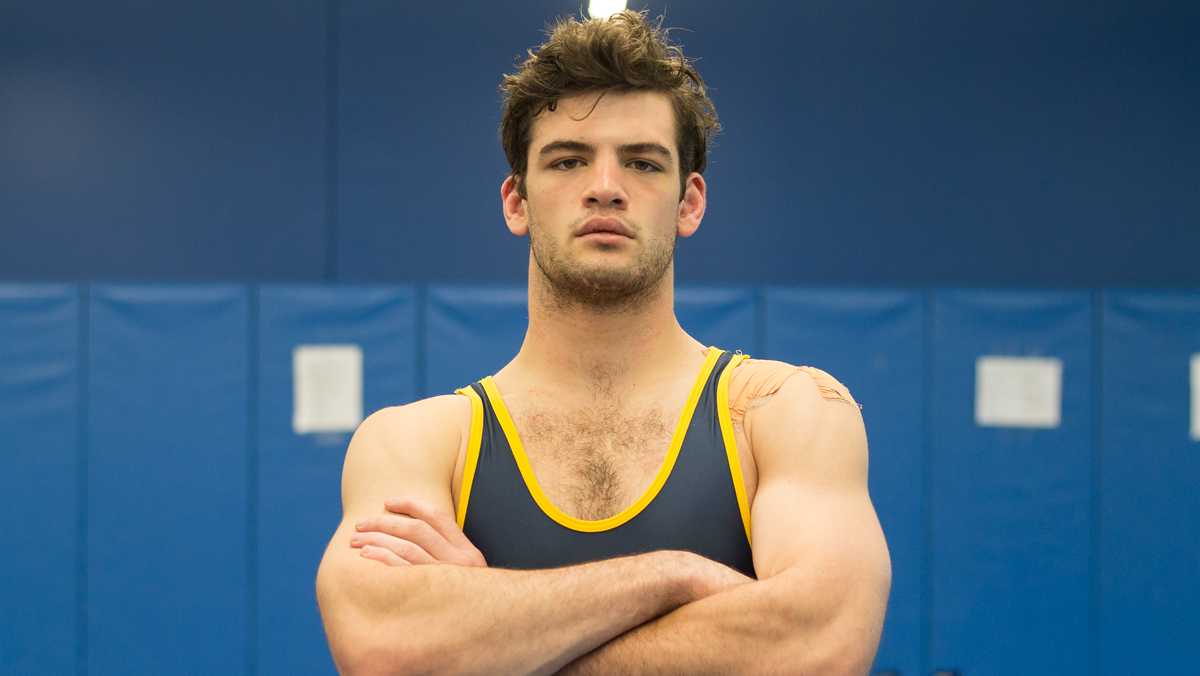 After a second-place NCAA Regional Championship finish capped off by a ninth-place performance at the NCAA Division III National Championships in Lacrosse, Wisconsin, the wrestling team is ready to take the next step: claim its first national title in over two decades.

“We have some really good guys,” head coach Marty Nichols ’90 said. “Last year, we were ranked second [at one point]. We are right there on the edge, but we just have to step it up.”

Sophomore All-American Sammy Schneider said the mixture of talent with experience adds a level of excitement to the team.

“We had a lot of young talent last year that’s now a little bit more experienced,” Schneider said. “I think we have good leadership this year. We have good captains; everyone is on the same page in terms of what we want to do as a team.”

The Bombers finished the 2016–17 season with a 12–2 record, good for 4th in the final NCAA Division III polls. In addition, the Blue and Gold registered four wins against top-25 teams and a 27–17 win over archrival No. 15 SUNY Cortland.

The Blue and Gold also took fourth overall at the NWCA National Duals last season in Fort Wayne, Indiana, on Jan. 5 and 6, defeating No. 18 University of Wisconsin-Whitewater, 23–15. Their only blemishes came against No. 3 Augsburg College, the 2015 national champions, and No. 6 Johnson and Wales University.

Winning the National Wrestling Coaching Association National Duals on Jan. 4 and Jan. 5 in 2018 in Fort Wayne, Indiana, could be the start of something special, Nichols said.

“I think if we win that, we can win the individual one at the end of the year,” Nichols said. “Leading up to that, we’ll have to see how we do in the first tournament of the year so we can get everyone tuned up.”

Nichols, who is entering his 22nd season as head coach in the 2017–18 season, said he believes the exposure of his wrestlers to this level of competition will help the team in a plethora of ways.

“We’ve got some early tests,” Nichols said. “You want to try to challenge your guys. It’s important to get them the right matches. We’re going to see a lot of areas we need to work on. It’ll be a good test, and we’ll have a pretty good gauge of where we are and where we have to go after those ones.”

The Bombers will have to continue on after losing 2015–16 All-American Jimmy Kaishian ’17 and 2016–17 All-American Carlos Toribio ’17 to graduation this past spring, but Jake Ashcraft, the junior captain and an NWCA Scholar All-American athlete, said he believes the Bombers can patch those holes.

“Every year you have voids, and every year you fill those voids,” Ashcraft said. “I have high hopes and a lot of confidence.”

While the roster has yet to be finalized and official practices are just starting back up, Jake O’Brien, the junior captain and an NWCA Scholar All-American athlete, said he has been impressed with the incoming freshmen wrestlers.

“They all seem eager to compete and don’t seem afraid of the spotlight or limelight,” O’Brien said. “We haven’t had many chances to wrestle yet, but I know they are ready to go and get after it.”

Along with Ashcraft and O’Brien, senior All-American Nick Velez and Jaison White, NWCA Scholar All-American senior, will also be captains hoping to lead the program to its first national title since going back-to-back in 1989 and 1990.

Nichols said he believes experience on a team is vital to success but said that he still expects leadership outside of the captains.

“We have some good young guys that are good leaders, too,” Nichols said. “It’s a whole team concept. Wrestling is really not an individual sport. If you don’t have a team supporting you, you can never win.”

O’Brien said the ability of coaches to connect with athletes adds an extra level of comfort.

“We have an excellent coaching staff,” O’Brien said. “Any questions you have about technical wrestling can get answered. Wrestling can wear on you sometimes, mentally and physically, so having someone like coach Nichols who can make you laugh or can calm you down is nice.”

The Bombers will have to be very prepared at the start, Nichols said, stressing the importance of competing at early season tournaments and matches.

“We’ll have to see how we do in the first tournament of the year so we can get everyone tuned in,” Nichols said. “I’d like to go down to the tournament and win that one. That’s where some of the best teams on the East Coast are.”

But despite a difficult schedule and goals of ultimate success looming over the program, Schneider said this could be the Bombers’ breakout year.

“Keep an eye on Ithaca wrestling,” Schneider said. “If there is going to be a year where we are national champs, it’s going to be this year.”