Alumnus to perform with Albany-based band 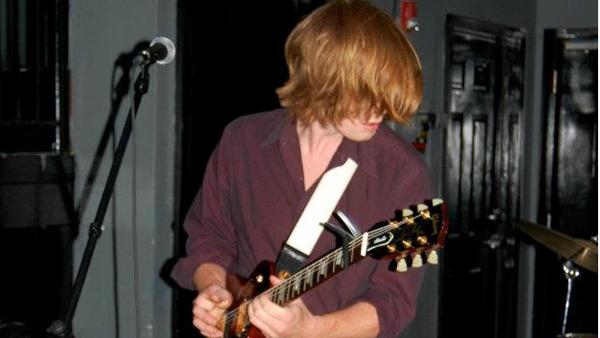 Courtesy of Derek Rogers
Derek Rogers ’12 plays with his band, Titanics. Rogers will return to Ithaca at 10 p.m. May 11 to perform at Lot 10 Lounge on North Cayuga Street. The band’s sound has an indie vibe, with synthesizers and guitars.
By Karla Lopez — Staff Writer
Published: May 1, 2013

Ambient-pop, Albany-based duo Titanics is made up of longtime friends Mark Lombardo and Derek Rogers ’12. Lombardo combines indie vocals with keyboard and synthesizer sounds, while Rogers wails on the guitar to create layered, chill wave music.

Staff Writer Karla Lopez spoke with Rogers about the band’s origin, its signature sound and what to expect at Titanics’ upcoming show May 11 at Lot 10.

Karla Lopez: How did Titanics get started?

Derek Rogers: Mark and I go way back. We were in bands growing up together, and then when we both went to different colleges he started his own solo project called Titanics. He’s my best friend and vice versa, you know. But you know, when it came down to filling out the sound and playing live shows and kind of bringing the music to the next level, he’s like, “I need you to do some guitar, man.” So I started writing and recording with him, and the rest is history.

KL: Where did the name Titanics come from?

DR: Mark chose the name, and he chose it when he was just a solo project. He went through a period where he was really into reading about the Titanic [ship], and he’s obsessed with royalty and the ocean. Who knows why? The joke is our name is Titanics, but hopefully our fate isn’t the same.

KL: Are you going on tour anytime soon?

DR: We’re leaving in September, and we’re going to do kind of an East Coast tour this fall, going down to Florida and then coming back up. We haven’t been out there as a band, but Mark and I have traveled the country just on our own accord. He took a big road trip sophomore year with his buddy, and I was living in Los Angeles for a while and road tripped back. So we’re familiar with life on the road.

KL: You have a show in Ithaca coming up, are you excited to be back?

DR: I went to school in Ithaca, so I’m familiar with the area, and I got a lot of friends out there. We’re doing kind of a small weekend tour; we’re playing Oneonta on [May] 10th and doing Ithaca on the 11th. My friends, The Sunday Slippers, are gonna be opening up the night. They’re kind of like a low-fi hip-hop group, so that’s going to be cool. You know, anything to get the people dancing.

KL: Your Twitter says, “indie pop, music for daydreaming.” Can you further explain your sound?

DR: Mark and I, from the start, wanted to have a pop-sensibility, you know what I mean? We wanted to have a verse and a chorus and a hook, but at the same time, we wanted to dress it up differently. We really like the ambient kind of daydream, kind of low-fi feel.

KL: How do you name your songs?

DR: We usually try to find a muse, whether it’s the entire album or whether it’s just for a song. We’ll start the song that way and end up either naming it from the lyrics that Mark writes or just from the actual source of inspiration. Like the song “Yootah,” it was just a picture of a landscape in Utah that this girl took. Usually it ends up being kind of like a working title; we just refer to it when we’re writing and recording it, and it ends up just sticking.

KL: Did you design the cover art for your album, “Soft Treasure?”

DR: That’s actually Mark’s father. That picture was taken in the ’70s. I told Mark, “I want the cover to be a picture of something” and kind of just keep it really simple. But I wanted a cold kind of feel to it. I think the cold here in the upstate New York area kind of had a lot of influence, weight, the songs and the feeling.

DR: We don’t use any kind of backing tracks, we don’t use computers. We perform everything. We rock out. We get really involved. We play music people can dance to.