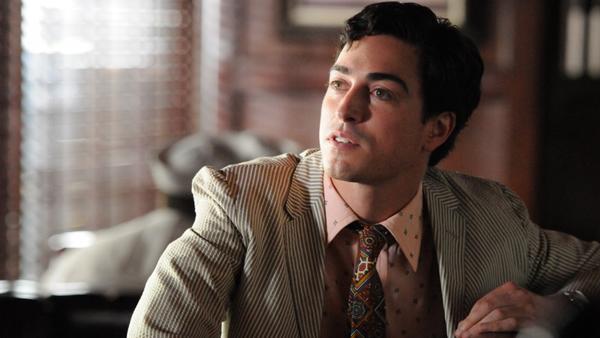 Ben Feldman ’02, a 2012 Emmy nominee for Best Guest Drama Actor, has starred in Lifetime’s television sitcom “Drop Dead Diva,” as well as AMC’s “Mad Men.” Feldman has proved that his years of auditioning, script memorizing and audacious attitude will take him as high as Broadway.

Contributing Writer Imani Brammer spoke with Feldman about his journey from Ithaca College to Hollywood fame, his thoughts on the Emmy nomination and his plans for the future.

Imani Brammer: Do you feel that Ithaca College prepared you for what came with your success?

Ben Feldman: I did. I try and go back every once in a while. When you’re an acting major it’s like, “art, art, art, art,” and then the last semester they’re like, “Oh yeah and there’s some business too, and you should like, you know, take head shots and learn how to talk to people.” So I think Ithaca is an incredible breeding ground for artists as far as acting goes, but as far as navigating the business world of acting and as far as acting in front of a camera, there could be a couple more classes.

IB: You were nominated for an Emmy for Drama Guest Actor, your first Emmy Awards show. What was that like?

BF: I was, and I lost it last weekend to Jeremy Davies, who’s wonderful. It was surreal. It was not something I anticipated. I knew that there were a billion guys that were submitted for the guest star Emmy, and I figured I was way at the bottom of that list.

IB: I know you were a fan of “Mad Men” from when it first started, way before you became a part of the cast. What about the show makes you a fan?

BF: Matt [Weiner] and everyone else behind it are uninterested in demographics and playing to a certain audience and pandering. The story is the most important thing. It doesn’t look like they compromise in any artistic department whatsoever.

IB: Was there ever a time when you pictured yourself being a part of the cast, just as wishful thinking?

BF: All the time. In fact, what’s funny is that we shot the entire season before it ever made it to air, and I was not allowed to say a single word to anybody. So every once in awhile I would get paranoid and Google my name and “Mad Men” just to make sure that nothing ever got out.

IB: How did you see your character, Ginsberg, fitting into the show?

BF: I didn’t. The exciting thing about Ginsberg is that he doesn’t fit in. The character in the audition was so weird and strange and bizarre, and I just decided to kind of go for it and make him even a little more.

BF: It’s hard to answer those kinds of questions because I don’t want to say anything mean about either, but I will say [that] “Diva” I was a part of for three and a half years, so those people are a part of my good friends. The “Mad Men” crew, they’re fantastic, but they’re the new kids that I met recently, so I’m only kind of friends with some of them.

IB: Guardian angel versus copywriter — which one do you prefer?

BF: As a character there’s a lot more for me to do with Ginsberg. I mean, I feel like that’s a no-brainer, and I can’t imagine I would be offending either of the writers if I said that. To play the angel, it wasn’t scary for me. They wrote for me. Ginsberg is a stretch.

IB: Are there any projects you are working on besides “Mad Men?”

BF: There are but none that I can talk about at the moment. That’s all I can say without getting in trouble.