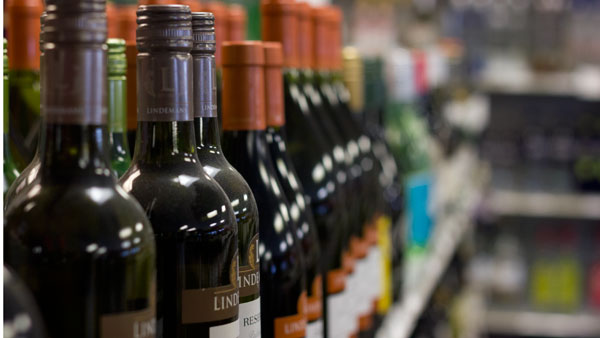 Matt Colgan/The Ithacan
A study from Morgan Stanley predicted that the world is headed toward a shortage of wine, reporting that production fell by 5 percent in 2012. However, members of wineries in Ithaca are not concerned about the findings.
By Max Gordon — Contributing Writer
Published: February 5, 2014

A Morgan Stanley report from October 2013 predicted that the world is headed toward a shortage of wine. Global production fell by more than 5 percent in 2012, its lowest level since the 1960s. Despite these reports, local wineries are not worried about the findings.

Cayuga Lake is home to 17 wineries, two of which are in the City of Ithaca: Six Mile Creek Vineyard and Ports of New York. Members of both wineries said under-production is not a problem in Ithaca.

The Morgan Stanley report claimed that wineries would not be able to produce enough wine for the global demand, causing a shortage of wine. International demand, according to the report, outweighed production by 300 million bottles in 2012. As demand increases, the amount of wine produced has stayed relatively the same, causing Morgan Stanley analysts Tom Kierath and Crystal Wang to predict the industry moving from balance to a shortage in the near future. However, Peter Masse, general manager at the Six Mile Creek Vineyard, said he was not concerned for Ithaca wineries.

“If you look at the report thoroughly, you see that the shortage is really limited to high end wines,” Masse said. “The Chinese market is going to be most affected. That is not an issue for us here in Ithaca.”

Masse said the biggest challenge for Ithaca wines recently was the inclimate weather.

“Vintage production in 2013 was a little lower than we expected because we got hit, being in Ithaca, by lake frost in May … but all in all we were able to keep production and we have actually increased production for next year,” he said.

Frederic Bouche, owner of Ports of New York Winery, said now there are more frequent wine drinkers of non-luxury wines throughout the world, which raises the consumption level. However, Bouche said Ports of New York will not be affected because it creates a luxury wine.

“I’ve actually had some Chinese wineries contact me several times about finding new producers,” Bouche said. “As far as Ithaca and the Finger Lakes wineries are concerned, we do not look to be too affected. There are more than enough grapes to go around for all the wineries here in the Finger Lakes.”

Bouche said though he only opened Ports of New York Winery two and a half years ago, business has been successful and has stayed relatively constant.

“If you look at the report, it claims that production cannot possibly be high enough because of the amount of wine drinkers,” Bouche said. “Ports of New York creates a luxury product, so most people do not generally drink it daily, meaning we won’t be affected by the claims in the [Morgan Stanley] report.”

Six Mile Creek Vineyard is not wasteful with its wine, which could be indicative of the habits of wineries throughout the Ithaca area. The wine put out in the tasting room and not drank is distilled multiple times into spirits.

Christopher Gerling, an extension associate at the Cornell Viticulture and Enology program, said he was optimistic about the future of wine in the Finger Lakes business and production has grown over the last decade.

Gerling said there are now significantly more wineries in the Finger Lakes, and he has a hard time believing that in this global economy there could be a wine shortage.

“The industry is healthy and growing,” Gerling said. “I know that folks in California and Europe didn’t find the report that compelling, and the general response from wineries was ‘if you’re short on wine, come see us; we have plenty to sell you.’”