Meet your match: Students respond to increased use of online-dating applications 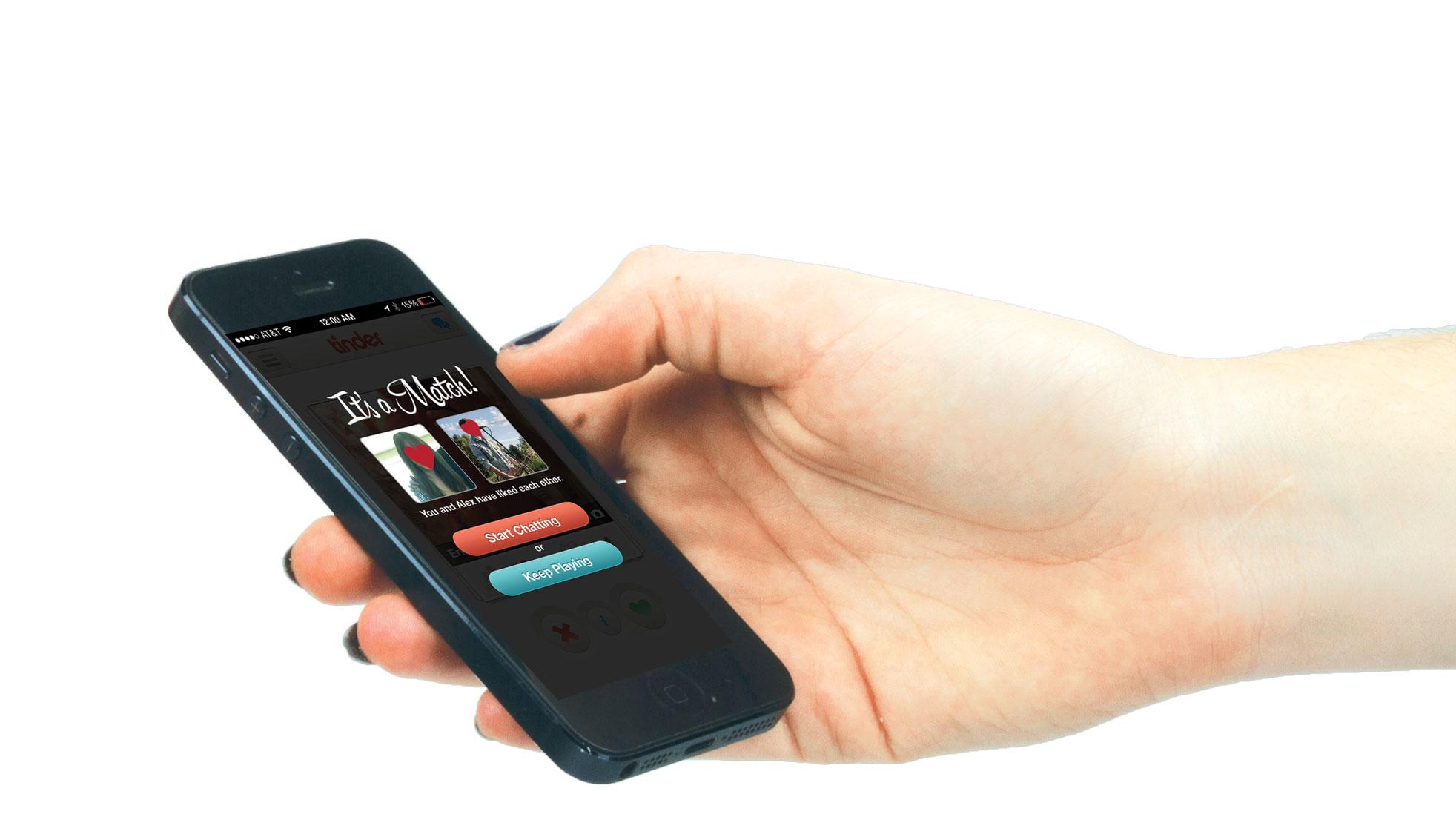 Mike is 20 years old and lives two miles away. The tagline on his profile says “Cornell ’15,” and it’s apparent from his pictures that he likes fishing and is in a fraternity. Swiping his profile to the right would indicate a like, opening up the possibility of exchanging messages and meeting up. Swiping to the left, or disliking him, would send his profile away forever.

Tinder is an increasingly popular online dating app available on iOS and Android devices that presents a user’s pictures, age, first name and location information. It allows other Tinder users to “swipe right” on a profile to indicate interest or “swipe left” if there’s no interest. Two users will only get matched up with each other if both have “liked” the other’s profile — enabling the message feature to potentially agree to meet. Since its launch in September 2012, Tinder has made more than 250 million matches. Now, it boasts an average of 2 million matches each day.

In a survey conducted by The Ithacan, 73 percent of 132 student respondents said they know someone who uses online dating, and 31 percent said they use online dating. Seventy-one percent said they use Tinder, with Grindr — a similar dating app — coming in at 19 percent. Tinder and Grindr work in largely the same way, except Tinder is widely considered to be for those who identify as heterosexual and Grindr is geared predominantly toward men who identify as gay and bisexual.

While these apps and websites are commonly called “dating sites,” college students do not use them exclusively for dating and finding relationships. In fact, 73 percent of survey respondents who use dating apps said they use them primarily for hooking up. Senior Tim Bidon began using Grindr a few years ago to meet other people both platonically and romantically. He said the relatively anonymous nature of apps like Tinder and Grindr can lend themselves to casual encounters.

“On a rare occasion, you may find somebody that you click with on there, but I think by and large it makes for a quickness that isn’t there in conventional dating, and it sort of speeds things up,” Bidon said. “Sometimes, I feel like you miss the romantic part of everything, because everyone’s just out to get some tail.”

Despite the growing usage of dating apps among college students, some feel a stigma surrounds this more detached way of meeting people.

While Bidon no longer uses Grindr, he has noticed unfavorable reactions to online dating among his peers.

“I think a lot of people have reservations, and I don’t necessarily disagree,” Bidon said. “It is a little sketch to meet somebody you’ve never met before, but it’s also something that’s probably more common than we let on. I think there’s a stigma around it, so a lot of people who do use it don’t outwardly say it.”

Based on The Ithacan survey results, 77 percent of sophomores and freshmen expressed a negative opinion toward using dating websites, many calling them “creepy,” saying they have the opportunity to meet enough potential dates in person. Freshman Olivia Ohlsten said she would be hesitant to use an online dating website in college because she would prefer to meet someone in person.

“I guess I’m kind of romantic … but I feel like especially once you reach a certain age, you may have been dating around for a while, and it didn’t work,” she said. “I don’t feel as though online dating should be your first choice in trying to find someone.”

Forty percent of juniors and seniors who don’t already use the websites said they would be willing to try online dating. Bidon said he thinks online dating looks more attractive to upperclassmen because older students are more familiar with the difficulties involved in balancing academics, social life and dating.

“You start to realize, as you keep moving up through the years in college, how little time you have to do everything,” Bidon said. “Maybe someone who’s been at school for longer would be more accepting of it because they understand the time crunch.”

Senior Ian Vitkus has never used a dating website and said he only recently warmed to the idea of online dating after his sister became engaged to someone she met on OKCupid, a free dating website and app that gives users more profile information and allows users to contact others regardless of mutual interest.

“Freshman me would have definitely thought that there’s an entire sea of people to meet here; I wouldn’t even think to use a dating website at all,” Vitkus said. “It’s not just that there aren’t people here, it’s that they’re hard to find, especially people who are less outgoing or who don’t want to go for that random hookup at a party.”

Vitkus’ sister’s success is hardly unheard of. After accepting a job with the Associated Press in Louisville, Ky., Ellen Hale ’03 said her hectic work hours made dating difficult, and online dating was a convenient solution. She met her current husband on her second date.

“The one pro of online dating is that you do know, going into it, a little bit about what’s important to that person,” she said. “For example, with my husband, his profile said he was a Christian, and I was looking for that. In traditional dating, it may be harder to find someone with the common faith and values.”

Vitkus said despite the still-existing stigma around online dating websites and apps, that apprehension will diminish as meeting others online becomes more common.

“Now that I’ve seen what [online dating] can do, it helps you look for people who are looking for the same thing that you are,” he said. “It can really work, and I used to think of it as a last resort for people who were trying to meet people, but that’s really not true. It’s really now a valid option.”