Singer to return to alma mater with folk band 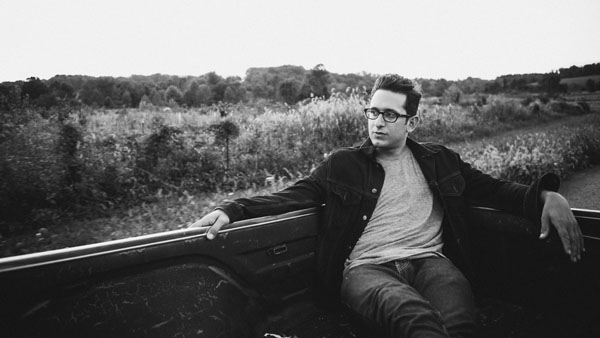 Courtesy of Dan Mills
Dan Mills ’07 will return to Ithaca College to perform with Dan Mills and the Fairweather Band at 7 p.m. March 27 in IC Square. Mills is also an actor and was an understudy in Broadway’s “Million Dollar Quartet.”
By Ashley Wolf — Staff Writer
Published: March 26, 2014

Dan Mills ’07, lead vocalist and guitarist of Dan Mills and the Fairweather Band, is set to play at 7 p.m. March 27 in IC Square. Mills is also an actor and has played as an understudy of Carl Perkins in Broadway’s “Million Dollar Quartet” from 2011 to 2012. He has also produced three studio albums: two with Dan Mills and the Fairweather Band and one solo album. The band’s most recent album, “Home Before the Rise of the Tide,” was released in 2012.

Staff Writer Ashley Wolf talked to Mills about his music and acting background, how he got into acting and his love for both careers.

Ashley Wolf: Why did you choose to attend Ithaca College?

AW: How has your experience at the college affected your career?

DM: First, the balance I had between being able to play music and perform and everything I learned in the Park School. The music world exists so much online, whether it be audio recording or from a marketing perspective of the media. Second, the network I built at Ithaca [College]. I’m still in touch with a lot of those kids, and a lot of jobs that I do come through them. Things that I’ve done as a musician, they have helped me.

AW: Where did you meet your other four band members?

DM: One of the dudes was from “Million Dollar Quartet” and one of them I grew up with in Rhode Island. It’s kind of a hodgepodge of New [Yorkers].

AW: How do you feel about your career of both acting and music?

DM: It’s not as much an acting world and a music world, it’s more a world of self motivation. You have to make things happen on your own. I’m still cutting my path right now and trying to find a balance.

AW: How often does your band perform?

DM: It really depends on what’s going on with the band. Right now, we’re in the middle of writing some new records, so we’re just focusing on playing every few weeks just to keep everything moving. For all the guys in my band, the band is not their only thing.

AW: Do you ever get nervous when you perform?

DM: I’m the bandleader, so not only am I dealing with writing the songs and playing with the band, but I have to get everybody there and make sure everything’s happening. I get nervous throughout the day, but the second we start playing, I’m not nervous.

DM: I think honestly my favorite part of the music is the writing, and so the performing is the second. That moment that the crowd gets pin-drop quiet and they listen to the lyrics of the song and they really connect with it … when they’re along for the ride of the story that you’re telling or the emotion that you’re writing about, that is my favorite moment.

AW: Where do you see yourself in 10 years?

DM: When you first start out, you have to throw things against the wall, and right now, I’m getting to the point where I’ve been doing that long enough and they’re all starting to stick a little bit. I hope that in 10 years, my life becomes more balanced. Solely focusing on the band doesn’t fulfill me. I’m creative in nature, and sometimes running a band is filled with tons of logistics and social media and emailing; it’s running a business. I found that if you can find other things to be creative in, then why not throw some energy at that for a bit?