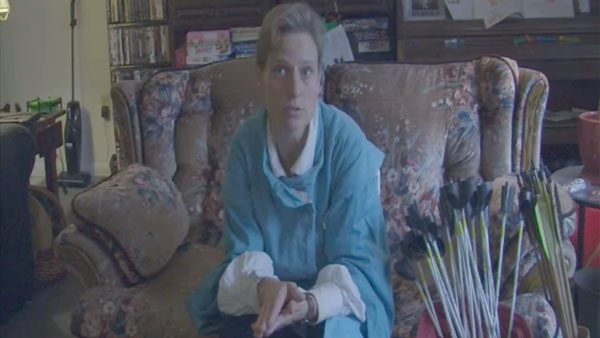 The King of the East and the King of AEthelmearc took their positions at the center of the field. Gytha Oggsdottir stood with the other warriors, knowing the battle would begin when one of the kings fell. Soon after, the King of the East was brought to his knees. The echoes of thousands of running feet and war cries sounded as Oggsdottir and her fellow defenders of AEthelmearc leapt in front of their king to protect him.

Though this seems like a scene out of an Arthurian storybook, it is actually one from a fictitious battle called the Pennsic War, by an organization called the Society for Creative Anachronism, which has a chapter in Ithaca. According to the SCA’s website, the society currently “ …consists of 19 kingdoms, with more than 30,000 members living in countries around the world.”

Oggsdottir, whose real name is Lori Beard, is the Seneschal, or president, of the Dominion of Myrkfaelinn, the local SCA chapter that includes members from Ithaca, Elmira and Corning. She said the SCA’s goal is to educate people through Live Action Role Playing, which involves reenacting life in the Middle Ages. The group participates in LARPing through fencing, axe throwing and archery, among other medieval activities.

The SCA’s roots in the world of LARPing extends this interplay between reality and dramatic license, and members often are interested in fantasy role-playing games in addition to their activities in the SCA. Michael Dixon, or Toki Redbeard as he is known in the society, played Dungeons and Dragons before joining the society.

Beard spends her time outside the SCA working for local nonprofits, and Dixon, her partner, works as a representative for an insurance company.

Members are also attracted to the SCA because the interactive immersion not only teaches historical facts, but also instills values like chivalry and courteousness, Beard said.

Many scholars point out that history education models like the SCA’s can sometimes lead to situations in which the information is made for consumption rather than appreciation.

Oren Falk, associate professor and program director of medieval studies at Cornell, said this commodification of history can be a result of capitalist culture and the difficulties empathizing with people from the past because there are limited records about them.

“It’s inevitable in terms of the market forces within which something like the SCA operates,” Falk said. “It’s also inevitable because of a basic inaccessibility to history, especially the history that goes beyond a generation or two. We have no way of literally getting in touch, and communing and empathizing with people who lived 100, 200, 300, 500, 1,000 years ago.”

Dixon said members of the SCA generally join because they wish to explore the Middle Ages in depth. He said the group conducts medieval research to build the members’ knowledge of the era.

But in the end, Dixon said, the thing that keeps members active is the desire to participate in a community that shares an interest.

“For me, there’s something about both the romanticized ideal of what the Middle Ages might have been, but really weren’t, the Arthurian romance of it,” he said. “Also, the real gritty, dark Middle Ages that were pretty horrible, but fascinating. The drive to study that and finding community with other people that share that interest, it’s kept me here for 3 1/2 decades.”