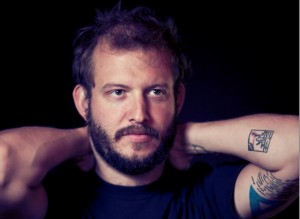 The name on everyone’s lips at the Grammy awards this year was Bon Iver, or Bonny Bear to some. Mostly it was just people questioning who he is. First of all, it’s not a he. It’s a they. Bon Iver is the musical brainchild of frontman Justin Vernon.

These short snippets find hopeful females (and maybe males?) professing their inner fantasies which revolve around Vernon. Many of these fantasies involve nature, plaid shirts, organic salads and of course his beard. Here are just a few of my favorites:

“Bon Iver is in the garden, singing to the fennel and sugar snap peas. He says it helps them reach their roots deep into the soil so they can grow tall. ‘Someday,’ he says, as he pats my belly, ‘I’ll sing to our babies and they’ll grow roots here too.”

“Bon Iver heard me cough from the other room. I heard the door slam, and moments later he returned: with armfuls of lemongrass, humanely terminated free-range chickens and fresh greens, and he whipped up a soup to cure me. As he spooned it into my mouth, he kissed my throat and whispered, ‘That was a close one, baby.’”

“I’m at the farmer’s market with Bon Iver. We can’t decide which artisan cheese we like the most! We propped our bicycles against a bush and made love by the creek and then had raspberry pie.”

If those didn’t get you riled up, peruse further at: http://boniverotica.tumblr.com