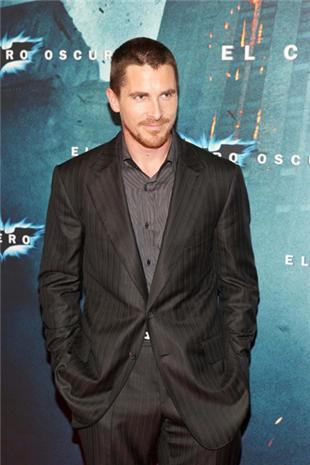 Christian Bale has had his share of dark, brooding roles. From Batman to American Psycho, he’s proved that he excels at angsty and angry characters. However, in a recent interview with Esquire magazine, Bale demonstrated the same kind of anger we’re used to seeing on-screen. In response to a question about being famous, he commented, “Well, it’s embarrassing to be a star. Most people look at you like, ‘That’s not a f—ing job, is it?’… I do love people ripping the s–t out of me. I don’t know what that’s about, but I love it. The more crap you give me, the happier I get.” Bale’s rants about the perils of stardom and obscenity-laden complaints aren’t likely to win him the approval of the public. Pipe down and stop trying to bite the hand that feeds you, Christian.