In“Brooklyn’s Finest,” Wesley Snipes played Casanova “Caz” Phillips, a drug lord released from prison. It seems life is imitating art a little too much. Though Snipes’ crimes aren’t as exciting, they’re enough for him to potentially spend the next three years in the slammer. As of yesterday Snipes is meant to head to jail today for three misdemeanor counts of willfully failing to file federal tax returns. However, yesterday Snipes made a request for a new trial because his attorney received an e-mail claiming three jurors concluded Snipes’ guilt before the trial. It’s understandable, Snipes, not many people pull off that jumpsuit, but that doesn’t change the rule: Don’t do the crime if you can’t do the time.
— Whitney Faber 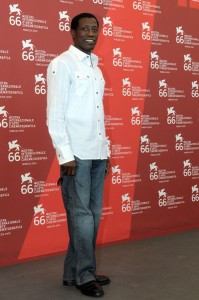