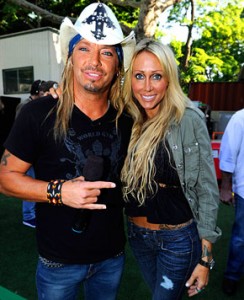 Teen pop princess Miley Cyrus has faced plenty of controversy in recent years about racy photographs and inappropriate music videos, but suddenly it’s her family that’s forced into the spotlight. On Oct. 27, Cyrus’ dad, Billy Ray, filed for divorce from his wife Tish, citing “irreconcilable differences.” According to “Us Weekly,” Cyrus’ mom alledgedly had an affair with rocker Brett Michaels, most famously known for his sleazy VH1 show “Rock of Love.” Supposedly, Billy Ray learned of the infidelity and filed for divorce after 17 years of marriage. Miley Cyrus and Michaels sang a duet “Nothing to Lose” together in February, and he became close to the Cyrus family. Michaels’ rep denies the allegations, as does Cyrus’ rep.