The arrival of leggy models and fashion personalities into my current city of Milan can only mean one thing – London Fashion Week is over! And what a week it was. After a tad lackluster showings last season for spring and summer, it looks as though the Brits are ready to do fall and winter as only they can

Styles look polished, but maintain the British edginess that designers like Westwood pioneered. At Jonathan Saunders, prim styles were reimagined in leather -an interesting juxtaposition. 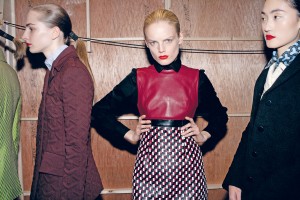 Meanwhile, at Alexander McQueen, styles were darkly (of course) romantic, but with a more wistful softness under the direction of Sarah Burton. 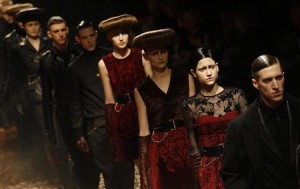 I think that my favorite finale of the week was Burberry, which fully embodied the fresh, young spirit of British fashion for the season. It was a whimsical ending thanks to the London “showers” on the final walk for the models. 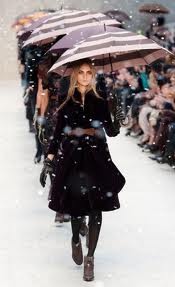