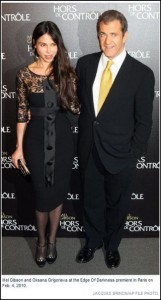 Mel Gibson has been booted from the cast of “The Hangover 2” and is reportedly furious about it. To add insult to injury, Liam Neeson was hired the day after Gibson was cut to replace his role in the sequel to the 2009 hit. But Gibson’s anger about the cut isn’t really surprising — reports have attributed the replacement to the controversy surrounding Gibson and his ex-girlfriend, Oksana Grigorieva, especially concerning enraged phone calls in which he said she “deserved” to be punched in the face, and his alleged death threats. Gibson and Grigorieva are currently embroiled in a bitter custody and support battle for their daughter. Mel, let’s work on the anger management problems before we start acting in movies again.
— Cady Lang