Gloves Are Off: Beliebers vs. The Fabulous Killjoys 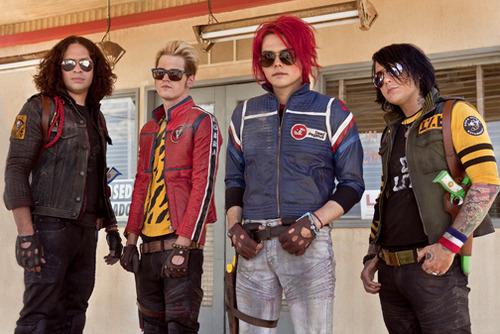 People need to chill out, seriously. The Twitter world is in an uproar after a fan of the alt-rock band My Chemical Romance was beaten up by a horde of Justin Bieber supporters. Apparently an individual known only as “Shane,” was attacked by a group of seven Beliebers who broke his arm and shoved shards of glass into his legs. This of course resulted in hospitalization.

There is an all out Twitter war occurring right now and you may not even know it. My Chem’s fanbase, The Killjoys, whose moniker comes from MCR’s latest album, are up in arms and for good reason. This whole situation just sounds insane. A person shouldn’t have to worry about being attacked because of the music they listen to. This is musical genocide!

I’ve been keeping an eye on The Beliebers for a while and I could tell they’ve been mobilizing. They are strong in numbers and they all believe in a central deity/dogma that unifies and motivates them. A cult for pre-teens! Except I seriously doubt this act of savagery was that of seven twelve-year-old girls.

We need to respect each other’s musical choices just as much as we respect age, race, creed and sexuality. If we can’t agree on our common love for music, no matter what kind, what can we agree on?

For the record, I am a My Chemical Romance fan.