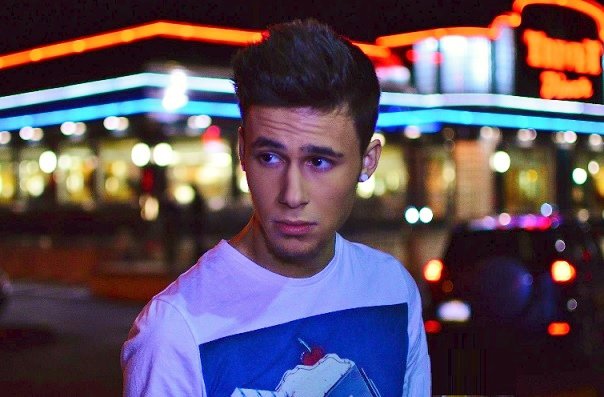 Ever since my freshman year of high school, I have had a borderline unhealthy obsession with YouTube. I remember the first YouTuber I ever watched. It was Ray William Johnson (I know… Super embarrassing…), but it did pave the way for A) immersing myself in the website and watching daily and, B) as of recently, making videos myself, which you can watch at www.youtube.com/angelzayas24 (No shame in a shameless self promo, my friends). But, all of that aside, I am now subscribed to hundreds of YouTubers and I couldn’t be happier about it.

With all of that said, back in the summer before I came to Ithaca College, I came across a YouTuber named Jack Merridew. My initial thoughts involved how funny he was and how perfect his hair looked (Seriously… Have you seen it? My WORD!), but his channel soon appealed to me for a different reason.

After watching his videos old and new, I discovered he was much more genuine than a lot of YouTubers. Jack, unlike many other YouTubers, shares his stories and experiences in order to help his viewers become confident in their appearance, sexuality, and personality. And if all of that isn’t enough, seriously! Look at his hair! It looks like it makes a swoosh noise! But all jokes aside, I knew Jack was someone special, so I hit the “subscribe button” and became a fan.

It wasn’t until recently, however, that I discovered Jack Merridew GOES TO MY SCHOOL AND IS ABROAD IN LOS ANGELES AND NOW I MAY NEVER MEET HIM BECAUSE I AM A PROSPECTIVE TRANSFER STUDENT! (*cries*) Emotions aside, he is a member of the Ithaca College community. I only know this because I’m the best Internet stalker ever (He wore an Ithaca College sweatshirt in one of his vlogs… I know! I’m Sherlock Holmes!) and, so, I decided it was my absolute duty to get an interview with him, whether email or Skype. So, I messaged his professional email and voila! Here I am with questions asked and answered! I hope you all enjoy!

Note: All answers below are unedited responses sent directly from Jack. This was done in an attempt to keep the email interview as genuine as possible.

I’ve always been fascinated with internet fame and celebrity. I don’t view fame as something shallow and egotistical. I think it’s something so powerful and interesting if used the right way— and that’s why I want it.

How was being in Matthew Lush’s competition way back when?

It’s kind of crazy to think about that, but that was really the start of my Youtube channel. Matthew contacted me and asked if I wanted to be in the competition, and it was a lot of work, but it really got me motivated to make content because I was getting an audience. It’s funny, because some people took it super seriously. It was just something done for fun.

Which YouTubers are your inspiration?

Nobody remembers Someonetoshoutfor, but I watched his videos back in high school. I had such a crush on him. I think when you’re growing up, you need to surround yourself with people who make you feel okay and people who can make you feel less lonely, because growing up and finding yourself can be an awfully lonely experience. But see, that’s why I make videos. It may not necessarily make sense to other people, but I felt like I could relate to Someonetoshoutfor. We may never have met or spoken, but I saw myself in him. If somebody can feel for me what I felt for him, then I did something right. Youtube is about building relationships. The greatest Youtubers can feel like your best friend, even through a computer screen because they’re just that relatable, open and honest.

Youtube is my dream job. I’d love to do it for a living. Once you get big enough on the internet, you can do anything. That’s what’s so powerful about having an online following— it leads to work offline. You can create clothes, write books, direct movies. I know I may sound crazy, but the internet really is taking over. It’s still new and not everyone will understand it, but in 25 years, people are going to look back and say, “Wow, remember those kids? The Youtubers? They really started something.” I want to be part of that. Our generation was born a bit too early to understand it. Back when I was a kid, Youtube was just a bunch of kids dancing in their underwear and going viral. Now, it’s a business and it’s becoming more powerful than television and movies. Nowadays, we have Youtube stars that rival famous actors and artists. When I started college, I would always talk with my friends about Disney stars and famous people from my childhood. It was something that united our generation. Kids are still going to be having those conversations in twenty years, but it’s going to be “Hey, remember that Youtuber, Tyler Oakley? I watched his videos every day.” To me, that’s amazing.

What has been your experience with the LGBT YouTube community/the community, in general?

Every community has good people and bad people, but I’ve really been embraced and I’m thankful for that. I get a lot of support, but I obviously get a handful of people who think I’m “representing the community in a negative light.” It’s funny to me that people would say that. I’d like to see them do better. 🙂

What is one lesson that you wish all people could learn?

There is a whole world out there that will love you exactly as you come. You just need to find the right people.

What is one thing that you’d like to change about the world?

I’d like to never see another suicide on the news.

Why did you choose to make self-love, confidence, and acceptance a major part of your channel?

What is one thing that you wish you could say to your former self? (Think #DearMe)

Spend every moment that you can with the people who you care about. Give your grandmother the biggest hug, too. Don’t take her for granted. You’ll miss her one day.

As genuine as they come, Jack Merridew is truly an inspiration to anyone in the LGBT community and/or YouTube community. I, for one, would like to say that Jack has succeeded in his goal. It is without a doubt in my mind that he makes people, such as myself, feel less lonely and okay. He truly embodies the philosophy I live my life by; everyday is a great day. This type of positive energy and video beauty should act as a role model for content creators everywhere. It’s a resonant message to people all around the world that confidence and self-love are key in our overbearing society.

So, keep making videos, Jack! You’re doing a great job of representing Ithaca College in an amazing way! Best of luck to you and your future!