Chief Proofreader Lara Bonner rates a few musicians who started off as regular people but rose to YouTube fame.

Hot
Julia Nunes
With her goofy smile and never-ceasing energy, there’s a lot to love about Julia Nunes, who has received thousands of YouTube hits and is currently touring with Ben Kweller. She’s known not only for her well-written originals but also for taking songs like “Survivor” by Destiny’s Child and using both her ukulele and rich voice to turn them into rejuvenated musical performances. Her YouTube popularity has given her the opportunity to tour with Ben Folds and perform at YouTube Live in San Francisco in 2008, and she has released three full-length albums. There is no doubt that the world will be seeing much more from this charmingly atypical artist. 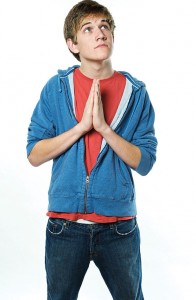 Bo Burnham
Comedian and musician Bo Burnham has been swept up from YouTube into Comedy Central because of his hilarious videos of raps and songs. He deserves props for his ability to come up with witty lyrics that spin out of his mouth so fast it takes a minute to realize robbing an Asian kitchen and strolling down the block are both ways to take a wok/walk. On first glance, listeners may also want to credit “Bo Fo Sho” for his willingness to confront taboo subjects such as sex and race. But on closer inspection, occasionally his main comedic appeal comes from being offensive, and that gets a little old after a while — fo sho. 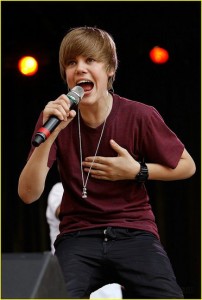 Not
Justin Bieber
When watching the first few videos on Justin Bieber’s original, pre-fame YouTube account, it’s undeniable that this kid has a powerhouse voice. Aside from the poor boy’s shaved head, which is even more atrocious then his now infamous “Bieber” haircut, there’s little to dislike about his early videos. But since he picked up a gigantic following and a record deal, he’s been putting out cutesy songs that overshadow vocal talent with simple lyrics aimed at the preteen crowd. Let’s face it, folks — “Baby, baby, baby, oh” is not a chorus.