I ate this (and did not throw up)

There comes a time while traveling when you are confronted with food that you are not used to. The vast majority of the time, the food looks normal, is actually very common and you have just never come across it before. That was not the case with smiley. Smiley is one of those food that when you look at it, you are repulsed. it’s one of those foods where you think that you might throw up while eating it. Smiley is sheep’s head.

Don’t get me wrong, i love lamb, but this was different. Smiley, in the early stages of cooking, still has the wool, hair and skin, all of which are burned off by rubbing hot metal on the sheep’s head. It is then boiled, after which it can be eaten. Sounds gross right? Well it is a favourite snack in some areas here.

Once you get over the visage of the sheep, it tastes…well like sheep. 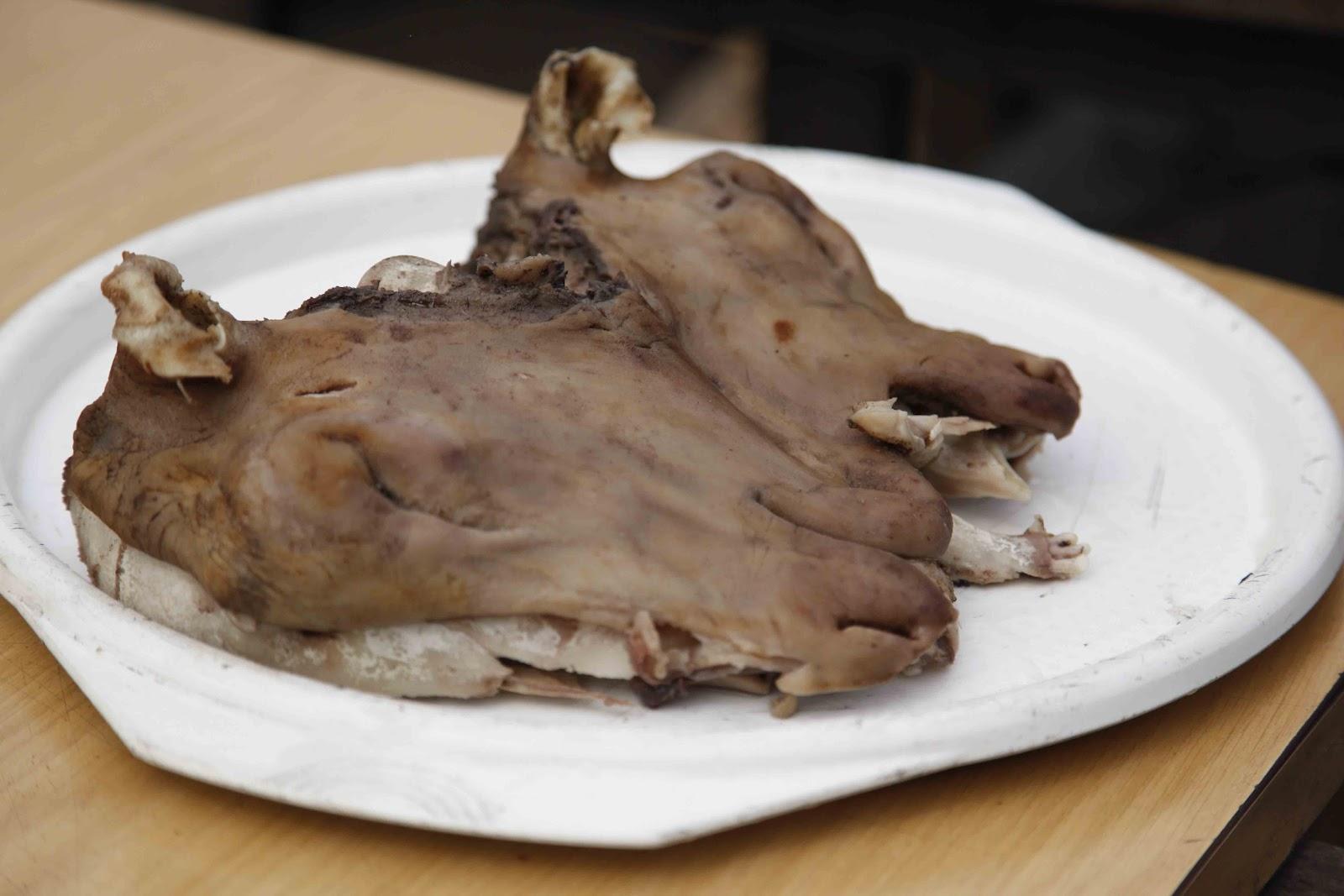