Kristen Stewart as Snow White: it could happen

Before you go sloshing around and kicking all over the place, hear me out. First, the news: Entertainment Weekly is reporting that Kristen Stewart, star of the hit movie saga “Twilight,” has been offered the part of Snow White in “Snow White and the Huntsman,” a remake of the classic Disney princess film. The film is set to be directed by Rupert Sanders (check out that impressive IMDB resume). 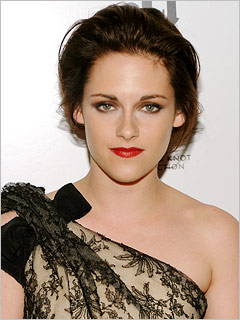 Second, the reality: Kristen Stewart is not a bad actress. No doubt overshadowed by her twitchy, but accessible portrayal of Bella Swan [insert rant about feminism and Mormons here], the somewhat fledgling actress has delivered some fairly decent performances in the past (The Runaways and Into the Wild, to name a few). Stewart is, unfortunately, trapped in a multi-million dollar web of terrible screenplay that has irrevocably stripped her of any acting versatility, at least in the public eye.

So, the question stands: can the awkward Swan transform into the beautiful, graceful Snow White? The simple answer is no. But not for the reasons you might think. Sanders’ decision to reach out to Stewart for the role may have partly been fueled by Stewart’s recent success and the box office boom she could bring. But I haven’t completely given up on the artistic merit of Hollywood. Sanders’ adaptation of the Snow White story could also fit the mold that Stewart has put herself into. I’m imagining something along the lines of the upcoming Red Riding Hood remake, which — ahem — is being directed by the same genius behind the “Twilight” movies.

Stewart still has to accept or decline, but if I were her I would go for it. Because how boring would it be if the obvious choice took on the legacy of those pouty red lips?