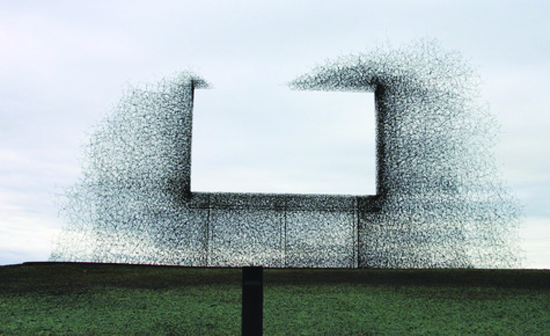 Innovators Annie Han and Daniel Mihalyo of Lead Pencil Studio are taking a stand against the advertising industry with their “faux-billboard.” On display in Blaine, Wash., this inverted ad structure sends a profound message about the nature of consumerism, exposing the visuals causing people to pump the breaks these days. Metal wires sporadically jut from a deconstructed figure that captures clear skies and starry nights, reminds viewers of the world’s natural pleasures. This edgy art form has launched a creative movement toward dematerialization as the faux-billboard spreads beliefs to the public without pledging allegiance to the corporate world.