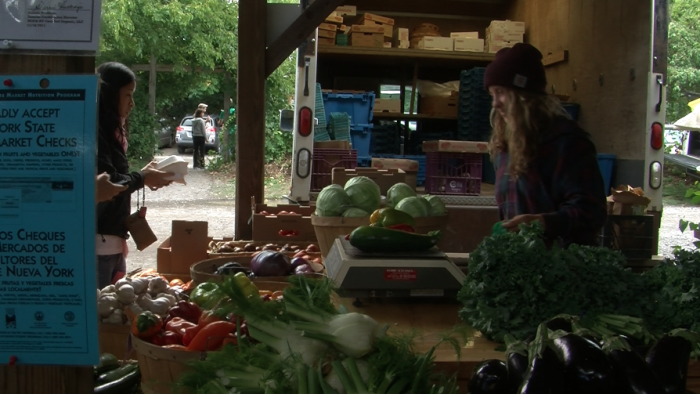 Most people tend to associate the word “organic” with healthy, sustainable and natural food. This is exactly what the $29 billion organic food industry wants you to think, and they have been quite successful in their goal. The growth rate of organic foods sales have nearly doubled in the last two years.

Growing organic foods prohibits the use of synthetic materials, such as pesticides and genetically modified organisms, during production. Many people think that when they buy organic they are getting better quality food — that’s why you pay the extra money. But a recent Stanford University study reviewed decades of research on organic foods and human consumption, and found organic food is no more nutritious or safe than conventional food.

Geza Hrazdina, professor emeritus of food science and plant biology at Cornell University, was not surprised by the study results.

“The production of organic foods was not based on science, but on faddism,” he said.

This isn’t the first study to show that organic foods lack higher nutritional value. The London School of Hygiene and Tropical Medicine conducted a meta-analysis study in 2009 and found no additional nutritional benefits to organic foods.

Organic foods are also just as susceptible to E. coli as regularly grown food. This is because toxic E. coli can live in the manure put on organic and conventional foods. The majority of E. coli outbreaks are from undercooked or contaminated ground beef.

However, the Stanford study also said, “consumption of organic foods may reduce the exposure to pesticide residues and antibiotic-resistant bacteria.”

Conventional foods can contain pesticides, genetically modified hormones, preservatives and other food additives. Since most of these chemicals are newly used — within the last decade — significant information is lacking to show their long-term effects.

Organic farming can have fewer environmental impacts than conventional farming and can boost the local economy.

When and where food is purchased makes a difference as well. If something is labeled organic, but it was shipped from a different country because it’s not in season, chances are it isn’t the most nutrient-rich food.docdo