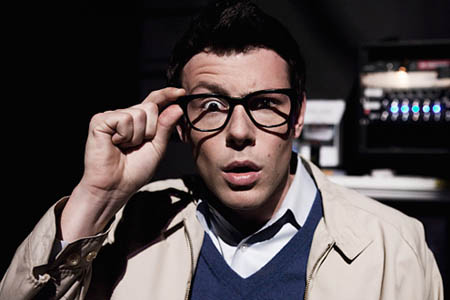 It’s the Friday before Halloween and I have no costume. Though that’s not a new thing, as I haven’t really “dressed” up for Halloween since high school, this year seems different in my mind. I feel compelled to throw some random assortment of clothes together to make some inkling of a costume. Why? Because of “Glee.” It may sound odd to you, but Tuesday’s “Rocky Horror”-themed episode reminded me just how fun it could be to put effort into a costume that will turn heads.

In the episode, the gleeks of McKinley High stole the show with their rendition of several classic “Rocky” numbers. It still sounded a bit Kidz Bop-esque, but was an entertaining episode with some killer one-liners. As much as I enjoyed it, it definitely got me thinking about the whole costume business … which made me feel like I had dropped the ball.

I’m so late at this point, so I might as well resort to what I did last year: go to Ithaca College’s production of “Rocky Horror,” dress as some ambiguous form of a Rocky minion and have a grand ‘ol time. In my defense, guys don’t really have a lot of options when it comes to outfits.

OK, so this post has officially turned into a semi-rant about my lack of a costume.