Song of the Week: “Dirty Paws” 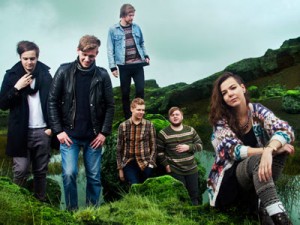 With the recent success of indie folk acts in the American music scene, Iceland’s Of Monsters and Men are looking to make quite a splash this year. As of late, bands like The Avett Brothers, Mumford and Sons, The Civil Wars and Edward Sharpe and the Magnetic Zeros have enjoyed some mainstream attention with their catchy and uplifting jams. You have no soul if you can resist whistling along to Edward Sharpe’s “Home.”

Of Monsters and Men’s album, My Head Is an Animal, just dropped in the United States last week. One of my favorite tracks is “Dirty Paws” which features almost a country-esque two step rhythm. Male and female vocals meld together over swelling instrumentals until it takes off with a pounding drum beat and chanting. There’s definitely some Edward Sharpe in this tune.

Commentary: Gun violence epidemic: The stories behind the statistics