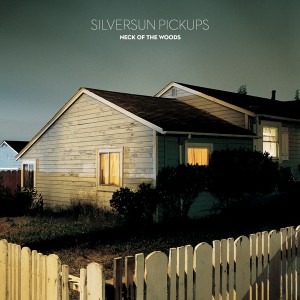 It seems as though many bands have caught cabin fever after shacking up in the studio for the fall and winter months. Good thing they’re ready to come out of hibernation and share some of their new tunes! Here’s your forecast for notable album releases.

Canadian rockers Metric are ready to put forth their fifth studio album, Synthetica. The album drops June 12th via Mom + Pop. Details are still rather scarce as far as what it will sound like. But it’s Metric so I don’t think we have much to worry about.

Dream-pop outfit Beach House will be introducing listeners to their new LP, Bloom, on May 15th. You can head over to Pitchfork to hear the album’s first single, “Myth.” The track has some murky qualities to it with speckles of what sounds like a glockenspiel.

Best Coast will be releasing The Only Place on May 15th as well. We can only hope that Snacks, Bethany Constentino’s feline friend, will have the same input on this record as on the first. That cat knows what’s up. It is also reported that Constentino will be unveiling a fashion line in partnership with Urban Outfitters come May.

One of my top bands, Silversun Pickups, is set to unleash their new LP, Neck of the Woods, on May 8th. I have to wonder how much Al Roker is making in royalties with that one. Lead singer/guitarist Brian Aubert has tweeted that the album sounds “like a horror movie.” While I’m not a big horror fan, you know I’ll be at the store bright and early to get this album. Keep an eye out for the leadoff single, “Bloody Mary.”

Finally, The Temper Trap, of 500 Days of Summer fame, are releasing their self-titled sophomore album on June 5th. Here’s where I have actual music! Listen to the new song “Rabbit Hole.”