“The King of Limbs” 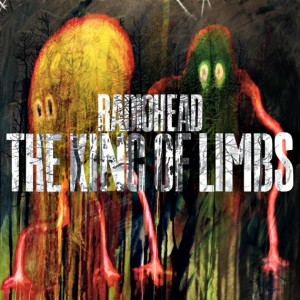 ﻿I may not be the biggest Radiohead fan, or a fan at all for that matter, but today is quite a big day for them and their following with the release of “The King of Limbs.” Rumors have been circulating for the past couple months that the band was ready to release an album in the near future, but nobody knew when…until this Monday.

The band announced that they would be releasing the album on Saturday, which led to a social media freakout/celebration by their fans. Well, apparently they couldn’t wait until Saturday and decided to release the album today for the world to hear.

I am mildly intrigued by Radiohead. They are one of those bands that I feel as though I NEED to like (another is Vampire Weekend). I enjoy music that is so close to theirs, but I’m waiting for the day that it all clicks and I become a fan.

Last year I bought their 2007 release, “In Rainbows,” strictly because it was on sale, it had cool colors and every time I walked by it on the shelf I felt the need to pick it up. Thankfully, I actually do enjoy it and I didn’t waste my money. But I’m still not a fan of the band itself and I want to be. Hopefully “The King of Limbs” can do something for me.