The verdict on Spider-Man is out 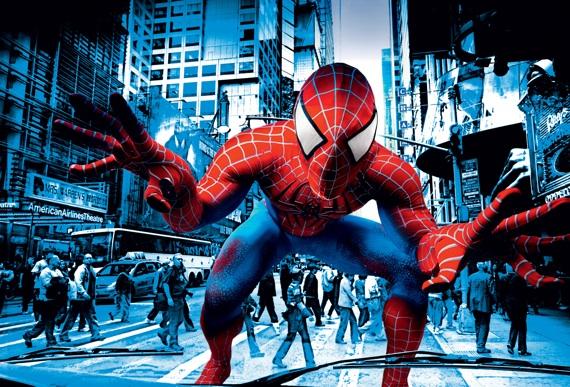 “Spider-Man: Turn Off The Dark,” the new multi-million-dollar musical by Julie Taymor and The Edge, got slammed by The New York Times this week after critics across the country ignored the theater rule of not reviewing shows during preview stage. Ben Brantley, chief theater critic for the Times, gave the show a less-than-stellar review and Patrick Healy, reporter for the Times, double-teamed the show with a feature highlighting how critics in the city weren’t giving a resounding “Hurrah” to the most expensive show ever to hit the Great White Way. Entertainment Weekly even chimed in.

The deck headline for Brantley’s review says it all:

This show is not only the most expensive musical ever to hit Broadway, but it may also rank among the worst.

But his review, published Monday, sheds light on the flubs in the musical that make it more of an exciting experience. Ad libs from characters during awkward mechanical pauses and loud speaker announcements warning of impending technical mess-ups seemed to be the name of the game at the Foxwoods Theater, and the audience ate it all up. Needless to say, this show, which is one of the most daring and complex of its kind, may never be perfect. As Brantley puts it, the musical could very well be in a state of constant preview and review. But once it finally opens (in March?) will it last a Broadway run if things keep going wrong? Even worse, can it last if the actors have to keep poking fun at themselves?

Summed up beautifully by the actor playing the Green Goblin during a pause to fix technical difficulties:

You gotta be careful,” he said to Spider-Man. “You’re gonna fly over the heads of the audience, you know. I hear they dropped a few of them.

Brantley’s response is just as funny. Everyone seems to be in on the joke of “Spider-Man,” so why not play it up?

All subsequent performances of “Spider-Man” should include at least one such moment. Actively letting theatergoers in on the national joke that this problem-plagued show has become helps make them believe that they have a reason to be there.