There ARE Strings in Manchester Orchestra 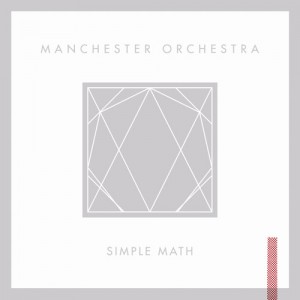 A few weeks ago, rock band Manchester Orchestra announced the release of their next album will be coming in May. The band blew up after the release of their album “Mean Everything to Nothing.” The increased popularity led to opening slots on tour with Kings of Leon and Silversun Pickups, to name a few.

“Mean Everything to Nothing” sported all-out rock jams with a purpose. Behind the power chords, abrasive vocals and wailing were emotional themes of challenges overcome, friendships and heartache.

With the release of “Simple Math,” the title track of their new album, the band puts on the brakes for an introspective moment during a relationship. Strings are worked into the song which let’s the band’s name hold some water and only increases the emotions running through the song.

Throughout the heartfelt ballad, lead singer Andy Hull wrestles with his past decisions to answer just how he got here: “What if we’d been trying to get to where we’ve always been?”

Check out the video by clicking below: