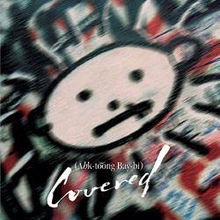 This year marks the 20th anniversary of U2’s landmark album, “Achtung Baby.” Besides releasing an utterly massive special edition box set that made U2 fanatics everywhere salivate like rabid dogs, the band also recruited some of their favorite artists to cover their songs from the original album. The result is an impressive covers album called “AHK-toong BAY-bi Covered.” Stick with me as this is the first track-by-track review I’ve ever done.

Nine Inch Nails could not have pulled off any other song on this album (theoretically). The original song’s semi-electronic nature lends itself to Trent Reznor’s masterful artistry. NIN takes a minimalist approach when tackling “Zoo.” Spaced out industrial elements combine to give the song a futuristic makeover.

“Even Better Than the Real Thing” – U2

This U2 song was remixed by…U2. That’s right, Bono and Co. wanted in on the fun. And what we’ve ended up with is possibly the best cover on the album. The boys create a techno redux which achieves a near perfect balance between reshaping and abiding by the song’s original style. The track steadily builds with intensity and I’m so glad they worked in the distorted guitar riff. I always thought Bono had a voice for techno. And U2’s rumored dance album is looking really good right about now.

I didn’t think “One” could get any better, but Damien Rice sure does make it tough to say that. The Irish songwriter’s hushed vocals hover over acoustic guitar, piano and waves of strings. Rice breaks the track down and showcases what it’s all about—the lyrics. In a time when people seem to be relating to each other less than ever before, “One” reminds us that we must band together for the benefit of all.

“Until the End of the World” – Patti Smith

Legendary punk rocker Patti Smith tones it down a bit for her cover. She opts for a soft melody with a clunky piano and bass line which jibes well with the thematic components. It’s covers like Smith’s and Rice’s that really display U2’s lyricism and craftsmanship.

This cover was a real surprise for me. When I saw Garbage’s name next to this song, I was a bit confused. But ultimately, I’m so glad this ended up happening. The track starts off with a sinister quality to it before exploding into lush guitar riffs and crashing cymbals. Garbage works a nice contrast between the softer elements and their grandiose choruses.

Hallowed electro rockers Depeche Mode tried their hand at “So Cruel.” I think it was a perfect fit for them and they managed to keep the song in check while providing their own embellishments. The band uses electronic layering to build on the track while the vocals remain clear and direct. Overall, it’s a solid cover by a solid band.

Can we get some more electro in here? Yes we can and Gavin Friday delivers. Friday’s cover of “The Fly” is more what I expected out of Nine Inch Nails. While the NIN cover was good, Friday adds more sonic elements to create a diversified sound over the entire track. Friday brings out Bono’s vocals and lets the electronics dance around without interfering.

I’ve enjoyed most of the stuff I’ve heard from Snow Patrol. But when it sounds as though so many other bands put their heart and soul into their covers, it seems as Snow Patrol just phoned theirs in. This cover is less of a song and more a piece of spoken word. Lead singer Gary Lightbody’s vocals are stagnant over nothing but faint guitar twiddling and fuzz for about half the song. Eventually, the band realizes they need to actually do something. During the last minute, the instrumentals finally kick in and a song is delivered stillborn.

“Trying to Throw Your Arms Around the World” – The Fray

I think The Fray are realizing it’s not 2006 anymore. I can see they are trying to do something with this cover, but it didn’t really do anything. Isaac Slade is left to moan some borderline indiscernible lyrics over the group’s traditional piano-driven college rock.

Must…resist…fanboy…tendencies. Yes, I love The Killers. But even I was thrown off a bit when I heard the opening bars to this cover. What listeners have on their hands is a piano-heavy melody paired with Brandon Flowers mutilating the lyrical flow. Luckily, I didn’t stop listening. The style eventually changed and became what may be the most U2-sounding cover on the album. Flowers gets the chance to highlight his vocal range and I really dig the little organ line they have going on.

I don’t think I truly realized this song’s actual depth until I heard this cover. Given lead singer James Allan’s thick beyond thick Scottish accent, vocal distortion may not have been the smartest thing to exercise, but it ends up working. The group jacks up the sustain on just about every instrument as they pound away at every note. “Acrobat” takes on a completely different personality thanks to Glasvegas’ impressive rendition.

It only seemed fitting that a modern rock demigod should cover a legendary rock band. White works in some organ elements while his powerful voice echoes over the track. His shrieking adds even more strength to the track with its rawness. And of course we have a classic Jack White shredfest for a couple of seconds.