These first couple of weeks are going to be rough!

As I walk across the country in the Great March for Climate Action I will be blogging about my adventures here at The Ithacan and also on my personal blog (http://viridorari.blogspot.com). Also, follow me on Twitter and Instagram for smaller updates and pictures! My Twitter handle is @viridorari and my Instagram username is bluegirl3666

If this is the first time you’ve heard of the Climate March, please check out www.climatemarch.org for lots of useful information. The Climate March is a cross country march from California to Washington, D.C. to raise awareness about change. It began on March 1st in Wilmington, CA and will conclude on November 1st in our nation’s capital. After finishing my spring semester of college, I am joining the Climate March in Taos, New Mexico and walking the remaining 2,000 miles to Washington, D.C. The approximately 300 people who have signed up to participate, either for the whole thing or for sections, will walk at a pace of about 15 miles each day.

While I did some small hikes at State Parks during the spring semester, I only managed to get two full practice walks in before leaving, each 15 miles. It was a LOT harder than I expected it to be. By the end of each walk my feet were on fire and everything from my hips down were horribly sore. I should have gotten more practice walks in before leaving, but I had only about a week and half between coming home from college and my plane to New Mexico, and that’s not a lot of time to tie all your loose ends down for six months!

For my practice walks, I used the Erie Canal Trail and walked from Macedon to Fairport and back. For my first walk, my boyfriend, Bruno, joined me. 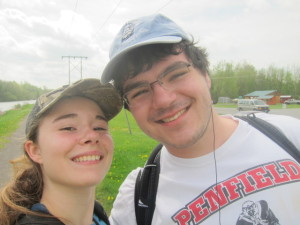 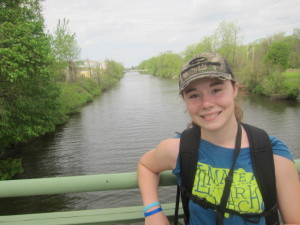 Although the canal is unfortunately more polluted than it should be, the walk is still beautiful and we saw lots of wildlife along the way. 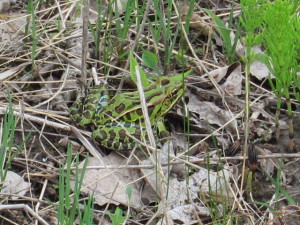 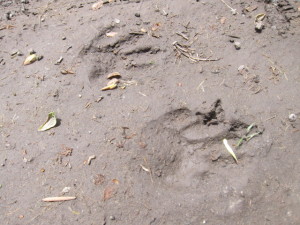 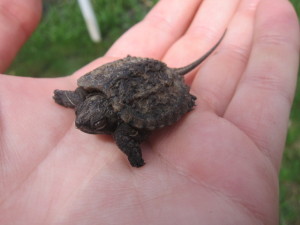 Pulled this little guy out of the road. He was very dehydrated! Hope we got him to some water in time. 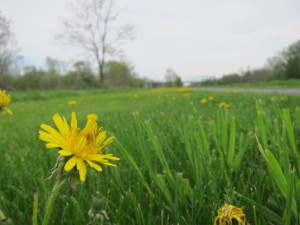 For the first walk, getting to the halfway point was hard, and the way back was quite torturous. On my second walk, which I did six days later, the trip to the halfway point was pretty painless, and it wasn’t until the walk back where I started to struggle and take more stops. For my first walk with Bruno, we completed it in about 5 hours and 45 minutes, and on the second walk by myself I finished in about 5 hours and 15 minutes.

On the Climate March, according to the website, we will have breaks at the quarter and three quarter marks along the way, as well as a larger lunch break at the halfway point. Although our average pace is 15 miles, sometimes we may walk farther.

The first couple weeks of my walk are going to be grueling as my body gets brutally whipped into shape, but I couldn’t be more excited despite the fact. I have always wanted to see more of my country, and what better way to do that than walk across it? I look forward to meeting lots of people and stirring up the passion and action we need to make a positive change for our planet. 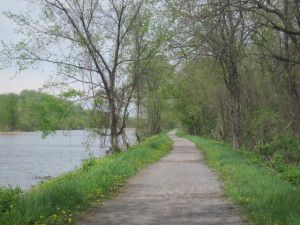 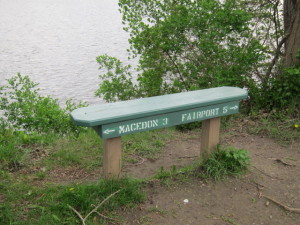 Unfortunately, along my practice route I did see signs of the fossil fuel industry. At three points we passed signs asking boats not to anchor because there was a gas pipeline running under the canal. The section of the Erie Canal Trail that we walked also runs alongside a busy train track. On the first walk, just before Bruno and I reached the halfway mark, a train passed made up of mostly tanker cars carrying liquefied petroleum gas — a type of fossil fuel that is currently a huge issue in my home area. 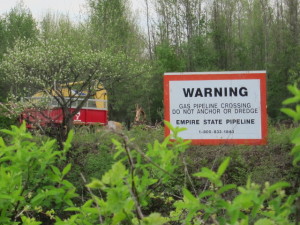 I grew up on the north end of Seneca Lake, the largest and deepest of the Finger Lakes. The southern end of the lake is well known for salt production — a huge vein of salt that spans several states runs under Seneca Lake, and it has been mined near Watkins Glen for decades. A gas storage company called Crestwood is currently trying to receive the go-ahead to use abandoned, unstable salt caverns for storage of liquefied petroleum gas. If these unstable caverns were to collapse and the LPG were to leak or explode, it would be at a huge detriment to the surrounding area. Seneca Lake provides drinking water to 100,000 people, so pollution is not an option. Our local fire departments are also not equipped to fight fires to the magnitude that such an incident would cause. Also, if you live in the Finger Lakes region, you know how important the wine and tourism industries are to our local economy and to the greater New York economy. The facilities that would need to be built for this storage project — including an open flare stack, brine pits, noisy gas compressors, and a transport station that would significantly increase truck and train traffic — would put a blight on the beautiful Seneca Lake and deter tourists from our pleasant towns and wineries. If you’re interested in learning more about this issue, please visit gasfreeseneca.com.

When I saw that train pass, with endless black tanker cars labeled as “liquefied petroleum gas,” I felt a sinking feeling in my stomach. But this feeling quickly transformed into a determination to take a stand for the environment, around the world and also at my very own home, my birthplace, which is currently under threat. It renewed my resolve to undertake the huge task of walking 2,000 miles across the country. We have no time left to waste on climate inaction. It’s now or never.