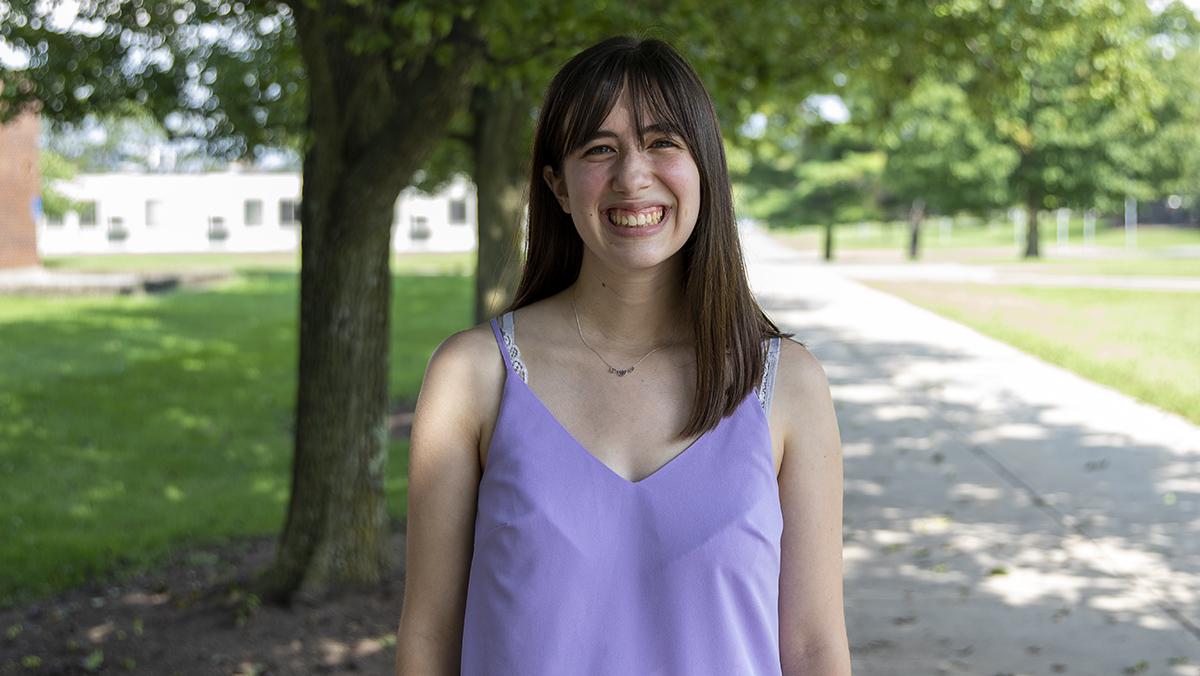 In the summer of 2018, I attended freshman orientation. Back then, orientation took place over the whole summer across many different sessions. Orientation was three or four days of constantly meeting new people, getting lost on campus and trying to figure out what classes you were going to take. At orientation, we were divided into different small groups and I was put in the “J” group. During lunch on the first day, I asked a few people from the J group if I could sit with them. During that lunch, I met Frankie Walls. Frankie and I instantly clicked and we ended up spending the majority of orientation together. Frankie introduced me to some friends she made at the Roy H. Park School of Communications meetings and soon enough we had a running joke where we were constantly battling to prove which school was better, School of Health Sciences and Human Performance or the Park School. On one of the last days of orientation, during a meeting, Frankie asked me if I had a roommate yet. I hadn’t and neither had Frankie, so we decided to become roommates. I came home from orientation shocked that I had even made friends let alone found a roommate.

When August rolled around, I moved into my room in Rowland Hall, high off the move-in excitement, but also so afraid of what college life had in store for me. Luckily, Frankie’s high school was a boarding school, so she had already grown accustomed to having a roommate and living away from home. It made me feel better to know that at least one of us knew what we were doing. I think I adjusted quickly to college life, and I owe a lot of that to Frankie and the friends I made that first year. Frankie and I began spending most of our nights in the Rowland lounge, where we became friends with other residents of the building and where we made many memories that we still share stories of today. After spending long nights in the lounge, Frankie and I would go back to our room, turn off the lights, and talk for hours. It was like a never-ending sleepover.

Frankie and I became an iconic roommate duo. We would attend each other’s club events and performances and yell, “THAT’S MY ROOMMATE!” at the top of our lungs to show how proud we were of each other. We even signed up to have a photoshoot in our room for the school to use as promotional photos, which they are still using to this day and will probably be used for the next 5 years. Having different majors also strengthened our roommate relationship because it gave me a better appreciation for photography and film. Frankie would be busy working on photo projects or analyzing films and I would be studying for a chemistry exam or doing a project for human development. I also loved being a part of Frankie’s projects because it allowed me to connect with my creative side and it gave me great photos to post on Instagram.

Sadly, things got complicated as our friend group became larger and outside circumstances put a strain on our relationship. It took some time, but Frankie and I were able to work things out. After our first year, Frankie and I both became resident assistants, and we became close again through the position. She is even the one who convinced me to write for the senior blog.

While having my own room can be really nice, I often find myself missing our late-night talks and how our room constantly had music playing. Frankie and I are not the same people we were at summer orientation, but I like to think that younger Steph and Frankie would be proud of the people we have become. I know I will always be proud to call Frankie my roommate.

Stephanie Fine can be reached at sfine@ithaca.edu

What college myths have you learned aren’t true?