Who will Kate Middleton wear?

The Royal Wedding between Prince William and Kate Middleton is big news in the US. And it’s even huger news over here in the UK. It seems like with each step Will or Kate takes, a headline pops up…all in preparation for the most anticipated nuptials in Britain since Prince Charles and Will’s mum Princess Diana. 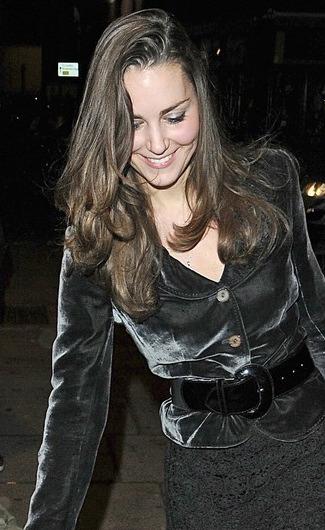 Now the gossip that’s spreading across everyone’s lips in London is what Kate Middleton will actually wear on the day of her induction into British royalty. Middleton already shook the grounds of celebrity fashion when she stepped into living rooms of the world in a stunning blue dress by London fashion designer Daniella Issa Helayel.

But the official announcement of who will design Kate’s wedding dress is still up in the air. Here are some of the most popular contenders I’ve seen in the British media (I’ll admit…the venom from my fashion bug bite is slowly seeping in during the aftermath of Fashion Week). It’s widely accepted that there’s no way that Kate would pick a non-British designer, so check out their designs and then make your own prediction.

Who do you think will get to give Kate the royal treatment of something new to wear at Westminster Abbey?

-Studied at the Royal College of Art and worked for a designer in New York.
-Winner of the BFC/Vogue Designer Fashion Fund 2010

-Studied at St. Martin’s School of Art in 1973, started his ready-to-wear label in 1975 and his couture label in 1978
-Has designed outfits for Jerry Hall, Barbra Streisand, Catherine Zeta-Jones, Diana Ross and Diana, Princess of Wales

-Born in Southampton, England
-Highly influenced by Christian Dior’s designs of the 1950s

-Launced a signature label in 1990 and was awarded an OBE for her services to the fashion industry in February of 2010
-Has dressed Scarlett Johansson, Demi Moore, Helen Mirren and Kate Winslet. She has also designed for Diana, Princess of Wales and Queen Rania of Jordan

-Set up her first bespoke bridal boutique in Surrey in 1991, specialising in contemporary wedding dresses and bridal gowns
-Started her first business based in Florida, under the name ‘Survival Kit’, designing active sportswear for women