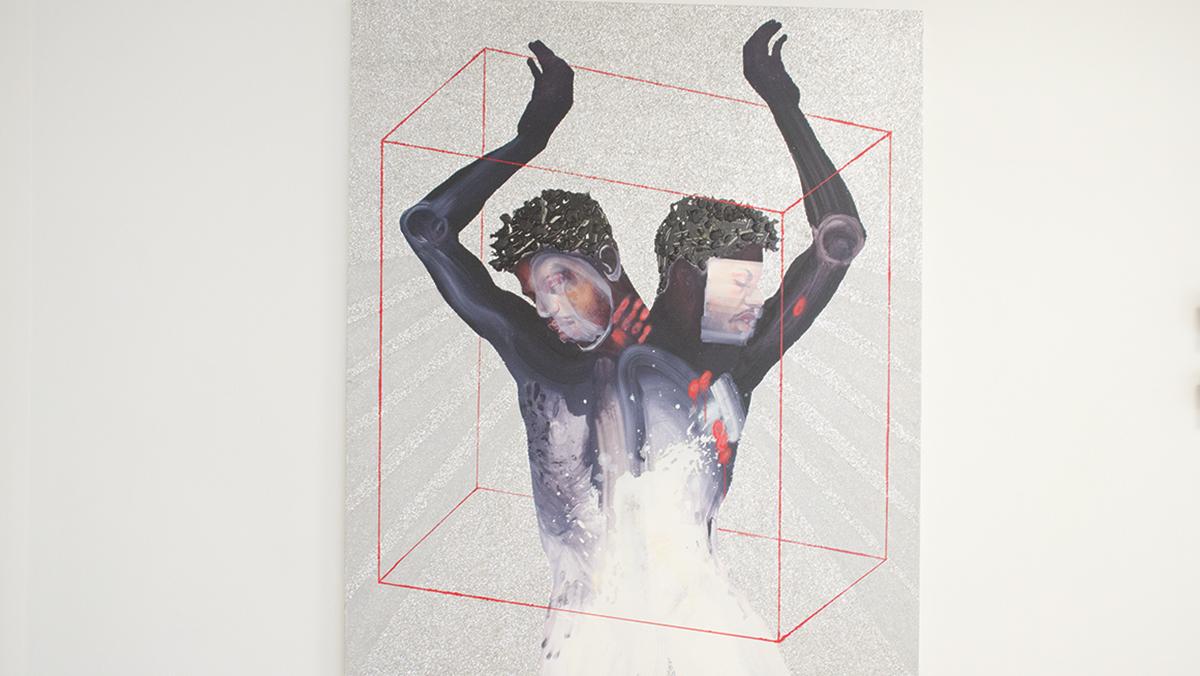 Sam Fuller/The Ithacan
The Handwerker Gallery’s new exhibit, “UNLOADED,” will be open from Feb. 3 to March 6. The exhibit features artwork, such as the one above, that discuss the topic of gun control and gun reform in the United States.
By Angela Weldon — Assistant Life & Culture Editor
Published: January 27, 2016

In the midst of political debate on gun laws and violence, the upcoming exhibit at the Handwerker Gallery at Ithaca College puts the gun in artists’ hands. “UNLOADED” displays the work of over 20 contributing artists, exploring the historical and social contexts of gun use and the consequences of gun violence, gun laws and policies.

The exhibit, which runs from Feb. 3 to March 6, deals with issues of gender, race, children, suicide and homicide rates, and mental health in relation to gun rights activism and access to guns. Through several media and focuses, the artists offer different perspectives on gun issues. 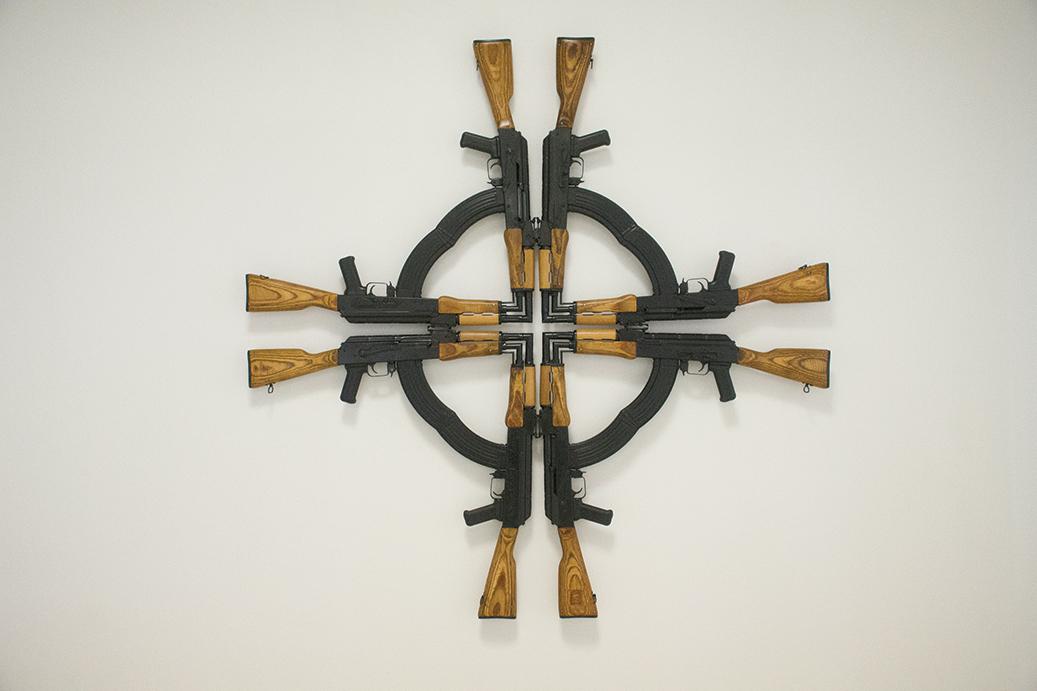 Mel Chin’s piece, “Cross for the Unforgiven: 10th Anniversary,” is one of many pieces featured in “UNLOADED,” which features work from over 20 different artists that explores the historical and social contexts of guns.
Sam Fuller/The Ithacan

Mara Baldwin, director of the Handwerker Gallery, explained the importance of looking at gun issues through multiple lenses.

“It’s an election year, and this issue is coming up in the political campaigns,” Baldwin said. “I think socially it should also be obvious that guns are an issue across the country.”

Within the past few months, President Barack Obama has taken executive action to decrease gun violence, specifically through regulations on selling weapons.

The latest Small Arms Survey assessing gun ownership rates found the U.S. had the highest rate of gun ownership per capita. According to two studies from the journal Injury Prevention and the National Opinion Research Center, about one-third of Americans own guns. Observing these statistics, the artists in “UNLOADED” explore these ownership rates in relation to gun violence.

While there has been much debate between those wishing to uphold the Second Amendment of the Constitution and those who see gun use more as a national security issue, this exhibit offers not only a political perspective, but also historical, cultural, psychological and social approaches. 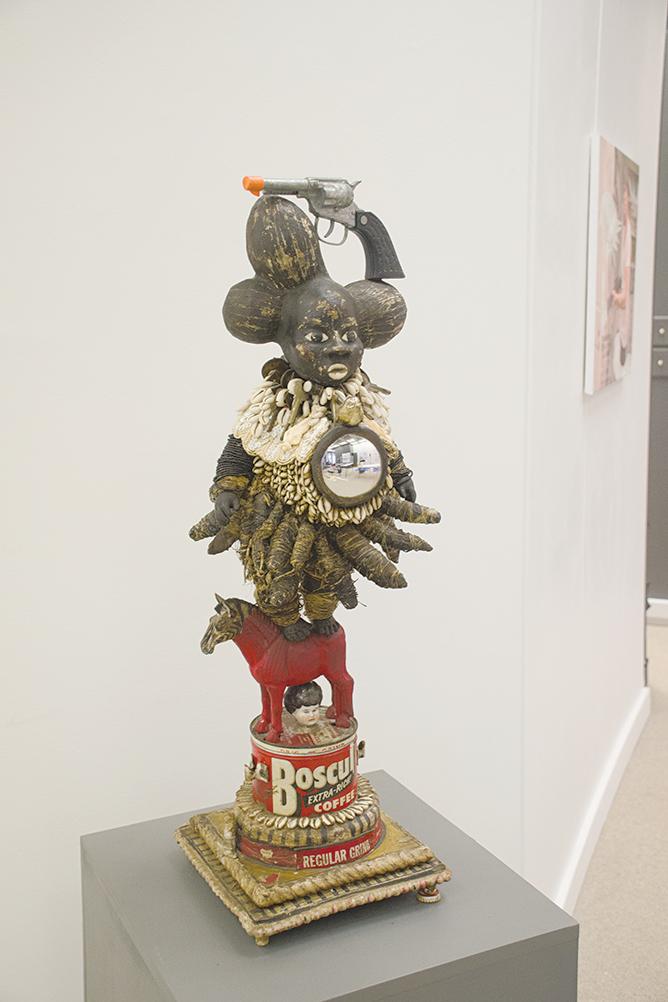 Susanne Slavick, the curator of “UNLOADED,” said she was inspired to assemble this collection by the omnipresence of guns in American culture. Following a traveling international exhibit, Slavick said she wanted to bring her work back to the national scale, seeing the many instances of gun violence happening domestically, and began connecting with artists who similarly had pieces about guns.

Slavick said she hopes this exhibit will provide a fresh perspective on guns, inviting viewers to approach the issue differently.
“Art can invite people to consider things in different ways,” Slavick said. “It can appeal to our intellect and our emotions in ways that are not necessarily analytical or verbal. It can make you feel things differently or more deeply.”

Nina Berman, an artist in the exhibit, contributed two gun-related photographs to the collection. Like Slavick, she said she is interested in exploring guns in American culture.

“I’m interested in documenting the moment when someone is handed a weapon and, in that moment, changes,” Berman said. “I’m interested in the lesson being taught and the image of power created, which is one reason I photograph U.S. military recruiting events where adults place weapons in the hands of children.”

Berman said “UNLOADED” brings up important topics that may incite discussion about gun rights and reform that would decrease gun violence.

“Everyone I know is aware of, or intimately connected to, someone who has been hurt by a gun,” Berman said. “Gun violence is real. It is everywhere. There is no avoiding it in a nation completely addicted to weapons and armed aggression.” 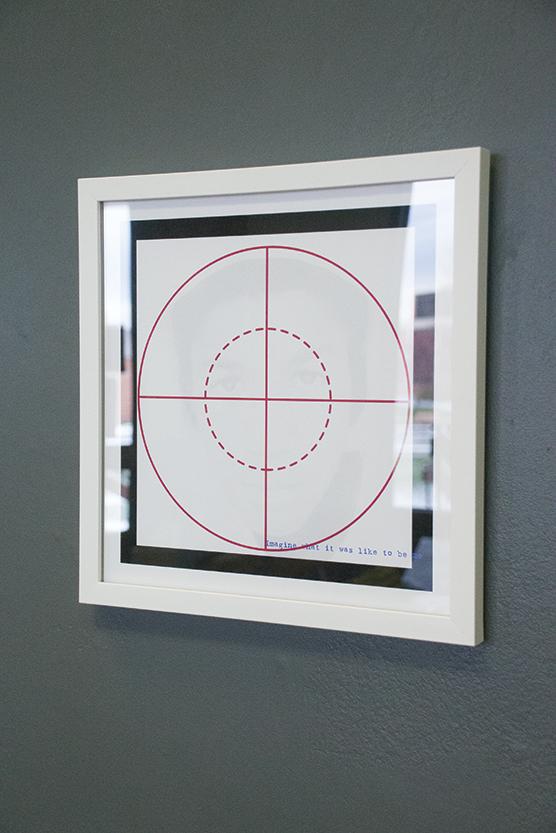 In bringing this exhibit to the Handwerker Gallery, Baldwin said she hoped students would take the opportunity to participate and collaborate in the gallery.

“The gallery exists as a place for people to gather,” Baldwin said. “It’s not the job of artists or museum staff to teach, but it is our job to consider how to increase access to the gallery. I think that the way it’s impactful is that people participate first.”
Berman said college students should be talking about and leading this discussion about gun rights and violence, and she said she hopes “UNLOADED” will help spark those conversations at the college.

“Guns are not just weapons,” Berman said. “They are symbols, identity markers, cultural unifiers and, of course, they are lethal. Works in the exhibition cover such a broad range of ideas, emotions and issues that surely everyone who visits it can find something that sparks some interest.”

Slavick also said she hopes her exhibit will bring people together to discuss gun issues and see them in a different light.
“I do hope that the works shape some kind of arena for the discourse around this really divisive topic, and that because it’s artwork, people may approach each other that might not be as polarizing as it can be in other contexts,” Slavick said.