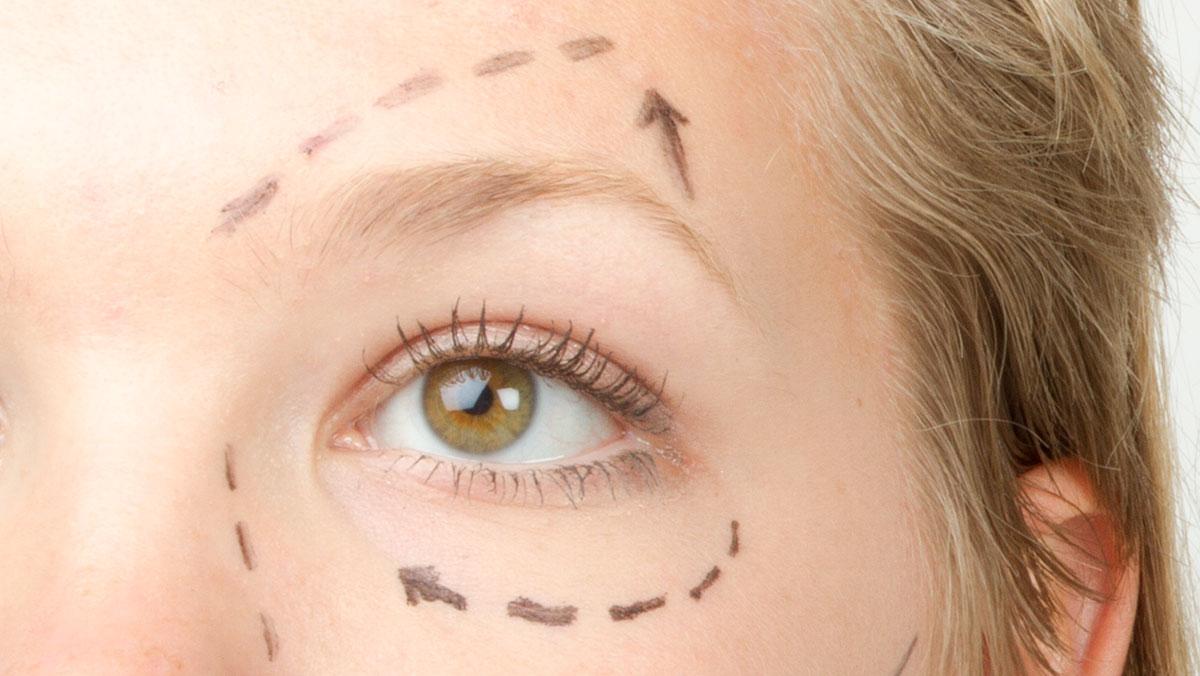 Ever since high school, junior Lilly* has been careful with how she angles her face. This wasn’t in some attempt to appear more model-esque or interesting. Chin down and long face tilted artfully toward her right shoulder, this was how she attempted to hide her greatest insecurity: her nose.

Her habit was laid to rest a little over two months ago when she, at her mother’s suggestion, underwent plastic surgery to smooth out the asymmetric feature that bothered her so much. Lily is not the only Ithaca College student who has considered altering her appearance. In an Ithacan-conducted survey of 77 people, 48.5 percent of respondents said they had considered having a part of their body altered with plastic surgery. Eight percent of student respondents reported that they had gotten some form of cosmetic surgery.

Carla Golden, professor of women’s studies and coordinator of gender studies, is surprised when she hears the number of students who said they had considered getting plastic surgery, but she said she can see where it comes from.

“I think we live in a culture that pushes perfection, and images of perfection are all around us, and so people think that they need to make themselves more perfect,” Golden said.

“I do think that body anxiety has become more palpable,” she said. “Fabulous, young women who have great talents and who, in my view, are beautiful … are anxious about what they look like and worried about what they look like, and I do think there seems to be a much greater concern now with being hot and being beautiful and being thin, more so certainly than when I was in college, and more so even in the years that I’ve been teaching.”

According to a 2012 study conducted by the American Society of Plastic Surgeons, there were 76,220 cosmetic procedures, not including minimally-invasive procedures like laser hair removal and botox, for adolescents in 2012 — a 2 percent increase from 2011, which had a 5 percent increase from 2010. This comes after a slight decrease in adolescents getting cosmetic surgery in the decade prior. The society reported in 2005 that there were 77,229 cosmetic surgery procedures. This was up 15 percent from the study conducted in 2000. This number fell steadily until 2009, bottoming out at 74,852 procedures. However, in 2010, the number was raised by 3 percent and has been slowly increasing in the new decade.

The 2012 study reported that the most common procedure for teens aged 13–19 was rhinoplasty, commonly called a nose job, the same surgery Lilly had. Aside from rhinoplasty, the top procedures were breast reduction in men, breast augmentation and pinning back ears that stick out. Drag a new facial feature into place for a fact from the American Society of Plastic Surgeons' 2013 Report.

The top five cosmetic surgical procedures of 2013 were:

40- 54-year-olds make of the majority of cosmetic procedures — 49 percent of the total.

The top five reconstructive procedures of 2013 were:

13- to 19-year-olds make up the fewest number of cosmetic procedures — only 2 percent of the total. Some of the most common procedures for teens were nose reshaping, male breast reduction, ear surgery, laser hair removal and laser skin resurfacing.

91 percent of all cosmetic procedures are done on females.

The top five cosmetic minimially invasive procedures of 2013 were:

Golden attributes this rise in cosmetic surgery in part to the “fix-it” society we live in. People admire Olympic athletes and look up to them as role models, she said, but few people believe that sort of athletic talent is attainable. The case is not the same for beauty, she said.

“Somehow, the attitude is that there are beautiful people out there that we’re bombarded with all the time, and people do aspire to become that because we’re told that you can if you just buy the right products, do the right things, have the right surgery, you can look like that,” Golden said.

Sophomore Allison Krummann, who got a cyst removed from underneath her eyebrow, a form of plastic surgery, said she doesn’t have an issue with people taking measures to alter their appearance if that’s really what’s bothering them.

“I feel like the only reason that someone so young would get it is because they’re so uncomfortable with their body, and so in that case, if they’re doing it, I don’t think it’s my place to judge them,” Krummann said. “It’s really their decision, and I don’t have a problem with it.”

Krummann’s accepting attitude was common in the Ithacan-conducted survey, with most students saying they were at least non-judgemental of people who have opted to go under the knife, an indication perhaps of how common and widely accepted these procedures have become. Celebrities like recentlydeparted Joan Rivers was outspoken about the hand plastic surgery played in her seemingly eternal youth.

Plastic surgery has also found a footing in reality TV shows, most notably E!’s series “Botched,” which showcases stories of plastic surgeries gone too far. The docu-series has proven to be a ratings hit for the station, getting 1.2 million viewers during its series premiere earlier this year.

It was not Lilly’s idea to get her nose done — it was her mother’s. After realizing how much her daughter’s nose bothered her, she offered to pay for the surgery, a thought that previously had not seriously crossed Lilly’s mind.

“I never brought it up, because I was like, they would never,” Lilly said. “It’s expensive, it’s a big thing. I never really considered it, I was scared to bring it up. And then, we kind of started talking about it and then I got really excited. She saw how emotional I got about it.”

Lilly stresses that her surgery was not to please someone else’s eye. Fixing her nose was for her. She said she isn’t sure exactly where her insecurity came from — she had friends and a boyfriend in high school. She didn’t face the same sort of rejection or criticism from classmates that many others with hang-ups about their appearances do, she said.

However, her nose, bumpy and hooked asymmetrically to the right side of her face, was always on her mind.

“Every day I would think about it,” Lilly said. “It would just cross my mind. At my cousin’s wedding, she was on the left, and my good side was on the left side, and I noticed that in the pictures, I would try to have my good side. Just crazy s— that no one else would be thinking about. It’s not what’s important in life. You’re not looking at my nose. Nobody’s looking. So it was just all in my head, and I really needed to change.”

Her nose is now more even and smooth. In pictures, she confidently faces the camera, not favoring her left side as had become the norm. She said she doesn’t particularly care what people think about her decision, either. She has gained confidence, and so far, though she hasn’t told everyone she knows, she has gotten no negative comments from the friends and family she did tell.

“I’d be sitting here and I’d be adjusting my face when you look at me,” she said. “That’s just crazy s—. So once [my friends] heard that, they understood. It wasn’t like, I care about what people think of me; it was just my perception of myself, which was definitely skewed.”

Though Golden does not condone young adults getting plastic surgery, she doesn’t blame them. They’re products of a society where media and celebrities are at the forefront. Beauty is sold as something that is attainable with the correct products or diets or procedures, she said.

“It would be easy to condemn individuals and say that you should be happy with the body that you have,” Golden said. “This is shallow. It’s just, you’re trying to look better, but we live in a culture that sells all people, women in particular. There’s just no end to what you can do to make yourself look more beautiful … I think we live in an era with all of the media images coming at us, where people are anxious and feel that they’re not good enough, and that there are all these fixes that you can get.”

*Name was altered to protect anonymity of source.