“I’m the best in the world at this thing that, like, hardly anyone else does,” Twitch user and speedrunner Ryan White sarcastically said to a live audience two years ago on Twitch.tv, a website where users live-stream themselves playing video games. Minutes after ranting, White was rendered speechless as he set a new world record in the Nintendo 64 game “GoldenEye 007” on the Silo Secret Agent level.

Twitch.tv logged a total 241,441,823,059 minutes streamed in 2015, according to Twitch 2015 Retrospective, which equates to 459,366 years. An average of 1.7 million broadcasters streamed every month, making the site a strong alternative to YouTube despite its niche audience. Ithaca College students are part of this niche audience — and the speedrunning community.

A popular trend in the video game world, speedrunning aims to finish a video game as fast as possible, sometimes with certain rules and restrictions. Players enter a leader board, which compiles top times from around the world, and aim to set a new world record. Or if a player’s time isn’t as good as they thought, they are able to try again.

Senior Nick Gallaro, president of IC Gamers, said he has been playing video games since he was young and first got into speedrunning after finding videos of runs on YouTube. After he had watched videos of other players’ performing speedruns of the original “Yoshi’s Island,” one of his favorite childhood games, he began to dive deeper into the culture.

“It’s a fun form of competition because you’re not really competing against other people, but you’re competing with people to get the best time possible,” Gallaro said. “It’s a very helpful and positive community because everyone wants to see everyone do the best that they can.”

Users are able to trade advice and view records on public internet forums set up and moderated by other players. The website Speedrun.com allows users to submit videos of their fastest runs for any game on any console, which are then verified by moderators. 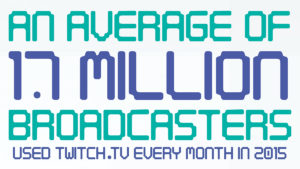 Sophomore Benjamin LeBlanc said he got into speedrunning games around his junior year of high school after he started watching videos on YouTube.

1“It adds another challenge,” LeBlanc said. “When I was growing up, I would play [a] game over and over again and just find different ways to make the game harder. As I got older, that got boring, and I stopped playing video games, and then … I decided to start again. Then I ran into speedrunning on YouTube. … It felt more meaningful.”

While the premise of speedrunning is to have a fast time, there are subchallenges users can engage in to alter the difficulty of the run. LeBlanc said “any percentage runs” are the most common in the speedrunning universe — it only requires the player to complete the game as fast as possible with no restrictions. “One hundred percent runs” require the player to complete all aspects of the game, including beating all available side missions and obtaining every collectible, as fast as possible.

Freshman Ryan Yocum is currently a moderator for Speedrun.com and said he volunteered for the position because of how much he enjoys the culture. As a moderator, Yocum’s job is to verify submitted runs to make sure users did not cheat. He said there are a few common ways people cheat, like using previous save states — allowing them to start at a later point in the game — or using developer commands that can make them glitch through the game map.

“I’m the one who watches and makes sure people are playing the game correctly,” Yocum said.

In addition to forums, there are other places where speedrunners can gather and discuss. On YouTube, hundreds of users dedicate their channels to uploading videos on successful and unsuccessful runs.

Nathan Prestopnik, assistant professor in the Department of Computer Science, said he enjoys watching video game content — specifically Twitch streams and “Let’s Play” YouTube videos. These are another popular part of the online video game community in which players upload videos of themselves playing games usually with added commentary and video of their faces.

While not a streamer himself, Prestopnik said the appeal of YouTube and Twitch culture is the closeness viewers feel when interacting with these online personalities. He said while he, and many other viewers, may never meet that person in real life, watching their content and hearing their commentary on games creates a relationship that he does not experience when watching scripted television.

“It’s like an alternative form of celebrity,” Prestopnik said. “The people on YouTube who do these streams are very ordinary. … They’re not super rich. They’re not super famous. So you get to feel like you know the person. They tell you about their lives, about what’s going on, what their dog is named. … That connection feels more real than it really is, but it’s powerful. A lot of people enjoy that kind of experience.”

LeBlanc said he started streaming his speedruns on Twitch after seeing others broadcast “Luigi’s Mansion” and realizing he could do it as well. He said his approach to streaming is to keep things casual: He prefers to focus on the game while occasionally engaging with audience members instead of emphasizing the audience over gameplay. While he does not stream in college as much as he used to, he said the streaming community is still one he thoroughly appreciates.

“I just like meeting people who are also interested in the same games as me, and talking to them about it,” LeBlanc said. “With speedrunning, it’s more competitive, and you’re trying to get a good time. I like that you can be as social as you want. You can just sit there and play the game for hours, or you can talk to other people who share your interests and maybe figure things out together.”

In addition to building a community with the same interests, speedrunning has also fostered a community of giving. Games Done Quick is a series of charity video game marathons launched in 2010 allowing anyone to volunteer to speedrun a game through a submission process. Two events are hosted every year called “Awesome Games Done Quick” and “Summer Games Done Quick,” in which players engage in a variety of speedruns with viewers’ donating to the featured charity through Games Done Quick at any time during the event. The most recent AGDQ was from Jan. 8 to 15 in Herndon, Virginia, and raised $2.2 million for the Prevent Cancer Foundation.

Gallaro said initially getting into speedrunning was a challenge, as selecting a game to dedicate such a massive amount of time to was difficult. He eventually found “Ori and the Blind Forest,” a platformer game, which challenged him and did not diminish his love of the game. Ever since, he has considered the community to be healthy and nurturing of a drive for success.
“Self-improvement and competition are two things that are rooted in human nature,” Gallaro said. “I think being able to compete with others, but not against others, is a really enticing concept. It makes you want to improve even more. I think it’s really healthy competition because everyone is very encouraging and supportive of others.”