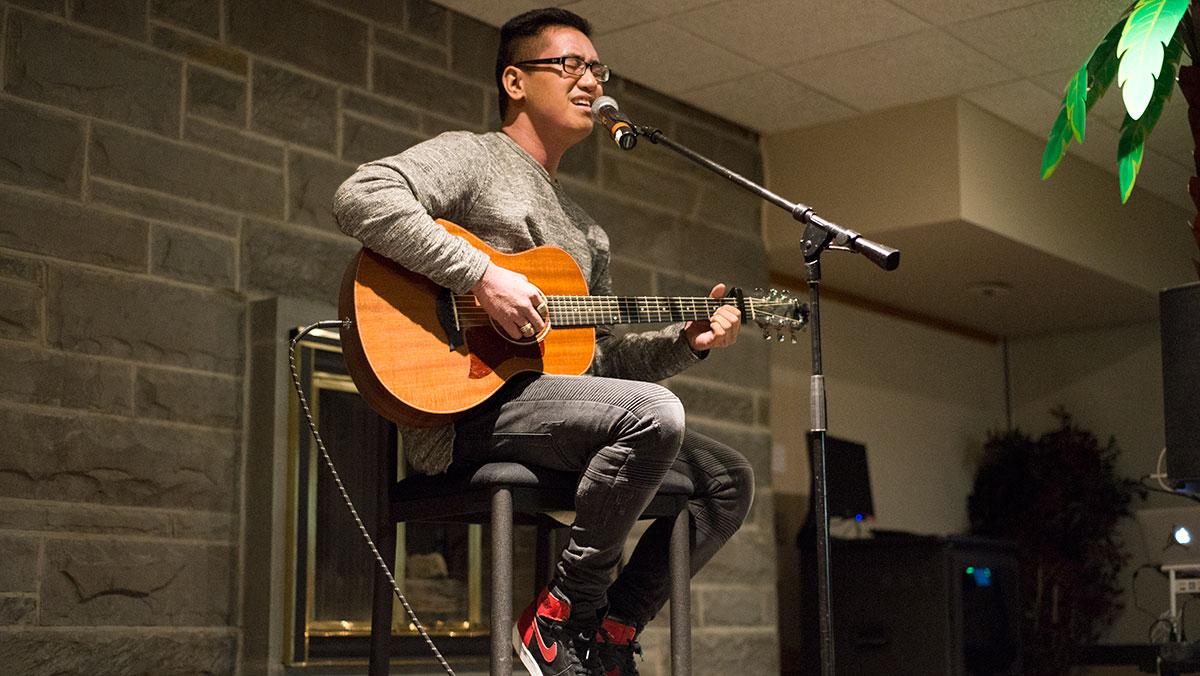 In 2006, J.R. Aquino posted his first video to YouTube of him singing a cover of “Whisper” by Ernie Halter. After garnering positive feedback, he continued posting videos of covers and original songs on YouTube. Ten years later, he has become one of the most successful YouTubers, amassing over 500,000 subscribers and millions of views on his channel. His original song “By Chance (You & I)” currently has over 7 million views alone.

Aquino performed April 21 at Ithaca College as part of the Asian American Alliance’s Focus Asia Month, treating the audience to acoustic covers of songs like “Pillowtalk” and his original, “By Chance.”

Before the performance began, Aquino spoke to Life & Culture Editor Celisa Calacal about his roots, his experiences as a singer-songwriter and his advice for young musicians.

Celisa Calacal: Can you tell us what it was like growing up in Alaska?

CC: What made you want to start posting videos on YouTube?

JRA: So, I started YouTube back in 2006. … It was just on a whim. It was nothing like, “Oh I’m going to do this, and I’m going to be so famous. It’s going to be crazy.” No, it was nothing like that. I was in my first semester of college, and I was bored and then just going through the interwebs. So I came across this one YouTuber named David Choi. I saw a video of his, and I was like, “Oh man, this is tight.” So I feel like I could do something like this just for fun, like, hey, just put a video, why not? So I did a little video. The song was called “Whisper” by Ernie Halter, and it’s a great song … and I posted the video, and the audio and the video were super off, like not in sync. And so I posted the video, didn’t even think about it. I came back like three, four days later, and I got a couple hundred views and 10 comments, and people were just feeling it. They liked it, and I was like, “Oh s—, this is tight.” So I just kept on doing videos from then. It’s all for the love of it, honestly.

CC: Now that your career has kind of taken off, how do you stay grounded?

JRA: How do I stay grounded? Man, I don’t even think I left — I’m still on the ground. … I mean, I don’t treat anything differently than I have. I keep good company around me, so I’m never acting outside of myself. I think the only thing different that I do from other people is that I possibly get to sing and travel and get paid for it, you know what I mean. But other than that, there’s no reason for me to act any other way. There is really no reason. 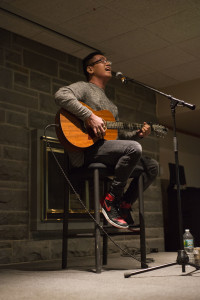 CC: Have you ever felt like being Filipino or being Asian was ever a barrier to you?

JRA: I feel like being Asian-American is already a barrier, but even being an Asian-American male is also another barrier because, obviously, we live in America — the industry, the entertainment industry, kind of thrives off sex. … So as an Asian male, you don’t see a lot of Asian males depicted as sex symbols, right? So, me especially, I’m trying to do R&B music. I try to do R&B, and it was all about that sex appeal, so, you know, so it’s crazy. I was just trying to stay behind curtains, and you hear this chocolaty voice … and then you see the face behind it, and sometimes you get that surprised look, and they’re like, “Oh s—, you’re not black.” … There is that barrier because it’s not as marketable as anyone else could be, but I’m just happy that I’m here and able to do what I love here and share this music with people.

CC: So what advice do you have for any up-and-coming musicians?

JRA: It’s tough. I mean, it’s not easy by no means, but if you love what you do, then do it. Let’s say you can’t make it a job — I mean, you should always do music even if you have that regular nine-to-five just to keep your sanity. For me, if I have to keep a nine-to-five, I would still be making music, ’cause it’s something that I love doing. It’s a passion that I have just creating something beautiful. And beyond that, the result of people hearing your music and the way it makes people feel and the way it connects to people is worth more than anything, as cheesy as that sounds. Like, for real, it’s the craziest thing.