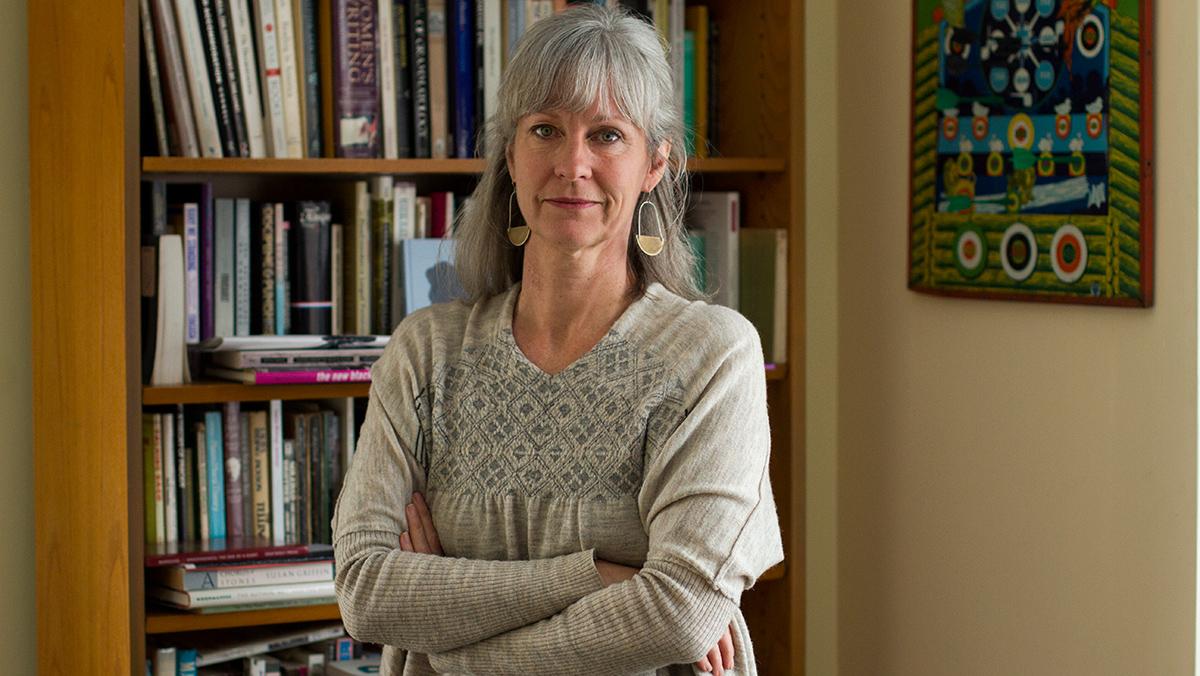 Documentaries, short essays, self-started small presses, a multimedia Master of Fine Arts program, and long–form nonfiction narratives — Catherine Taylor has dabbled in them all. Her latest nonfiction book, “You, Me, and the Violence,” an in-depth examination of drones, will be released in the fall of 2017.

Since writing her dissertation at Duke University in 1998, Taylor, associate professor in the Department of Writing at Ithaca College, has pursued political topics — including the history of midwives and an anti-apartheid movement in South Africa — that she said she believes are impactful and relevant to the modern world. Taylor attempts to shed light on often ignored and misrepresented issues through a blend of narrative styles.

Keeping with her previous work in nonfiction, “You, Me, and the Violence” blends poetry, memoir and analytical essay to tell a complex political narrative about drones.

The original concept of the book focused on puppetry — an idea she conceived after watching her children play with puppets. Taylor said the book was initially intended to be her chance to break free from heavy political topics and focus on a less serious subject. As she began to write her narrative about puppetry, she said, she became aware of the natural connection between puppets and drones, two objects subjected to an outside will. Soon, she said, the work took on a life of its own.

“The book is a hybrid work of nonfiction,” she said. “It has an excerpt from a military drone mission transcript and excerpts from several interviews with my brother, a drone pilot. And then the other thread is this exploration of puppetry as a kind of figure for ways we feel we can’t do anything, and yet we still do.”

She also said her inspiration to write “You, Me, and the Violence” came from her investigation into other narratives about drones. When she noted the lack of depth in other available reports, she said she was compelled to write her latest book.

“Most of what I saw written about drones was very knee-jerk and unthinking on both sides of the fence,” Taylor said.

Her passion for nonfiction storytelling extends to her teaching as well. Taylor collaborated with Nicholas Muellner, associate professor in the Department of Media Arts, Science, and Studies, two years ago to launch the Image Text MFA program, which attempts to merge writing and photography to create experimental narratives.

Chris Holmes, assistant professor in the Department of English, featured “Apart,” Taylor’s narrative essay on an anti-apartheid movement in South Africa, in his class South African Literature After Apartheid.

“One of the reasons we’re extraordinarily lucky to have her is that she’s really on the forefront of what the essay form can do,” he said. “[‘Apart’] is essentially a long personal essay that happens to include really serious archival history, really serious work with postcolonial theorists … thinking about political revolution and things like that, and then it’s got the difficult formal work of something like a modernist story or an essay.”

Taylor’s colleagues have observed her passionate dedication to serious, nontraditional essay forms. Naeem Inayatullah, professor in the Department of Politics, previously co-taught with Taylor at the college. In their time working together, Inayatullah said he saw a detail-driven, politically minded woman who questioned the definition of narrative and twisted form to suit her literary needs.

“I admire the hell out of her, as a teacher and as a scholar and as a human being,” he said. “If you read her stuff, it’s got narrative, it’s got autobiography, but there’s theory in it,” he said. “And it’s not just theory in the background as a frame or as a resonance. … It’s explicitly articulated theoretical interventions within the text.”

Taylor said she strives to create a stylistically diverse narrative.

“I do work that has one foot in journalism and one foot in poetry,” she said. “In other words, I write factual essays that have a focus on moving or engaging language.”

Scholar activist explores race as a relationship of power

Dana Spiotta to speak about relationships and technology