Author discusses book based on life of transgender child 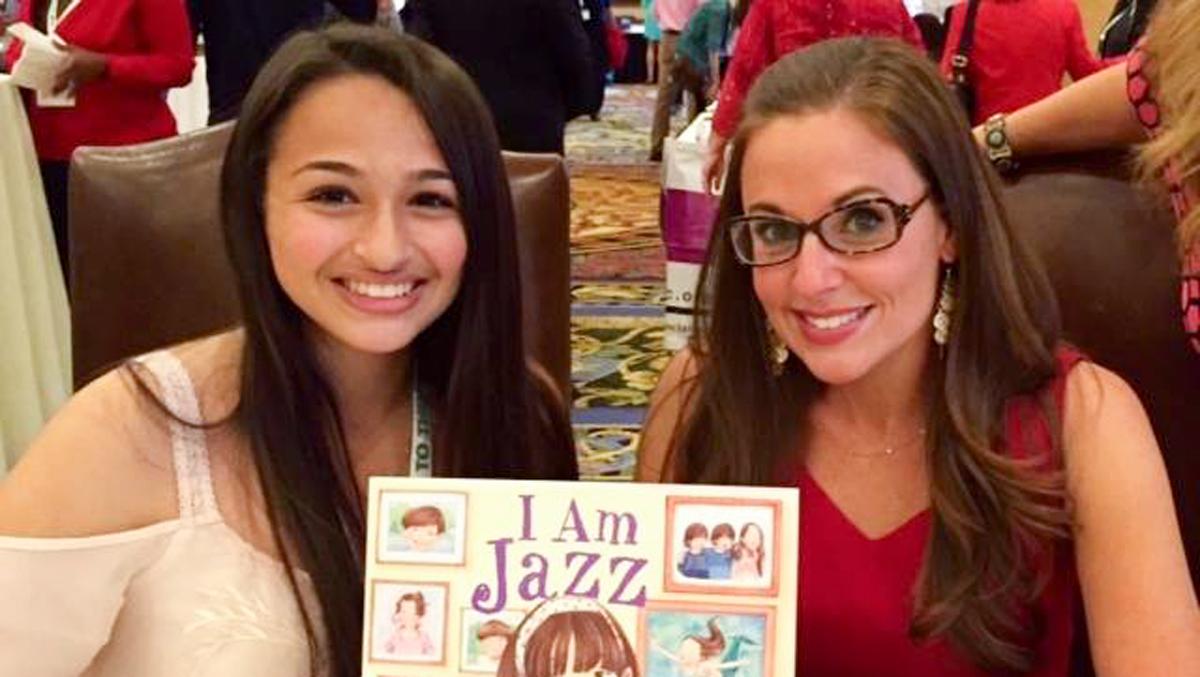 Ithaca College hosted a reading and discussion of Jessica Herthel’s children’s book “I Am Jazz” at the Handwerker Gallery on Dec. 7.

In 2015, the book was banned at a small school in Mount Horeb, Wisconsin, but the community combatted the ban by holding a reading of the book at the local library in support of a transgender child in the local elementary school.

Contributing Writer Noa Covell spoke with Herthel about the creation of her book, the ban in Wisconsin and what she hopes children take away from the book.

Noa Covell: What drove you to write about this topic with this specific person?

Jessica Herthel: So I tried to get more involved in my local school district to get them to include more diverse family portrayals in their elementary school curriculum. And through that work, I ended up meeting Jazz’s mom, and she and I became friends. Eventually, we did this experiment of introducing my three girls to Jazz by all going out to ice cream, and it was a total nonevent for my daughters. They all thought she was so beautiful and so cool and couldn’t stop talking about her, and I called Jazz’s mom, Jeanette, the next day and said, why wasn’t there a tool for someone like me who just wants my kids to know how to be a compassionate friend and that we really need more tools for people who just want to be allies. So then, Jeannette said that “We’ve always wanted to write a book, but we don’t know how,” and I said, “I also don’t know how, but let’s figure it out.”

NC: From the experience of writing this book and the events that followed afterward, how have you grown as a writer and as a person?

JH: It turned me into an advocate. I never would have known when I was going to be a corporate lawyer that I would one day end up speaking in elementary schools. The fortune of this book presenting itself at the time that it did and the publisher taking a chance on us gave me the opportunity as an ally to put myself into situations that can be painful. I feel like it’s given me the opportunity to kind of be a bridge between kids like Jazz and communities that just don’t understand them at all and to be able to explain why I think the best thing we can do for our kids is equip them with the knowledge and the tools to be kind to each other.

NC: What kind of challenges or obstacles did you have to face both with the public as well as in your own writing? How do you try to overcome them?

JH: I think my philosophy writing the book was that if we didn’t ruffle some feathers, then we weren’t doing it right, because we didn’t want this to just be a book that was so benign that no one really took notice of it. We wanted it to make a splash. We knew that we would be making some people upset. So what I’ve tried to do is have as many face-to-face interactions as possible and try to let everyone know that I’m willing to listen and really try to articulate your concerns. And then, hopefully, you’ll give me the opportunity to tell you where maybe we could do better.

NC: Is there anything you want to tell readers before they read the book?

JH: What I would say to people is that this is not a book that you have to do a lot of preparation or tell your kids, “We’re going to have a serious conversation,” or say, “This might be scary for you.” There’s nothing scary about the book, and the more we can normalize these kinds of stories, the better off these kids are, whether they’re trans kids or not, in going out into the world and feeling like they’re all equal. We want all kids to feel like they’re equally entitled to safety, security and love.

NC: How do you view the situation surrounding your book in Wisconsin?

JH: The Wisconsin book banning that happened at this little elementary school really was the catalyst for so much of what has happened since then, in terms of the book being supported by the Human Rights Campaign and them doing annual readings of the book. The small village in Wisconsin could have turned their back on this transgender 6-year-old. But instead of that happening, the community said, “No, if you’re not going to read the book at school, we’re going to read it in the public library.” They expected 30 or 40 people to show up, but 600 people showed up. The fact that it was so overwhelmingly positive had served as a model that the Human Rights Campaign has sought to recreate around the country.