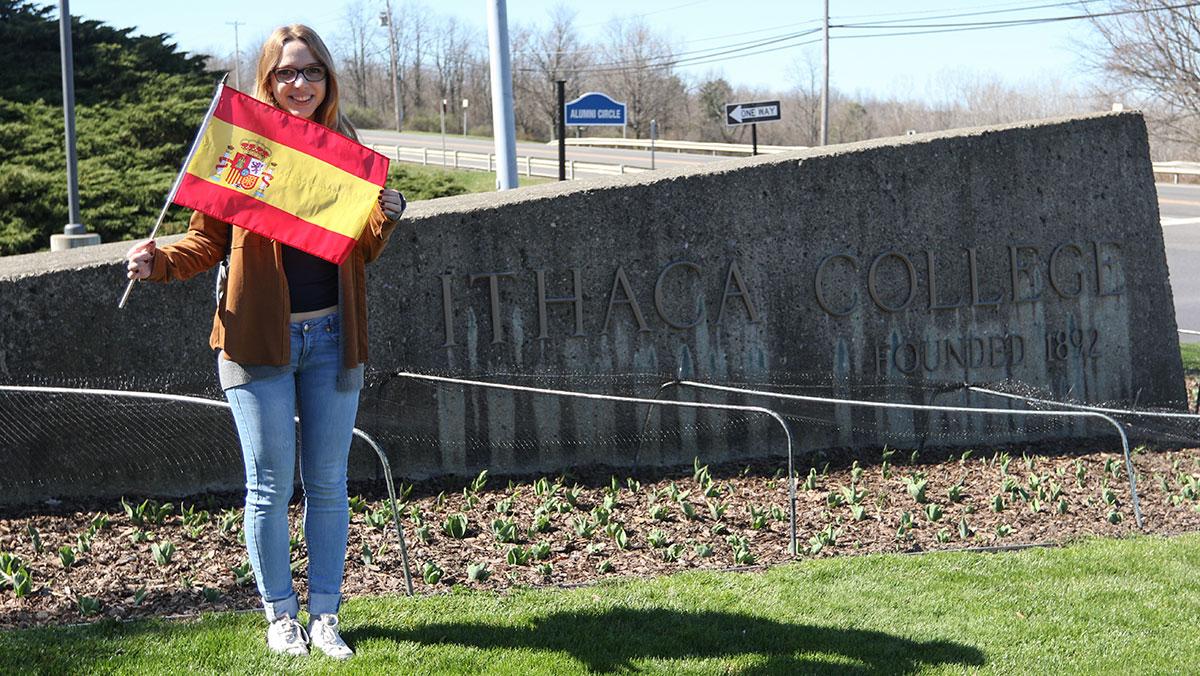 Sam Fuller/The Ithacan
Sophomore Eva Garcia Ferres came from Spain to the U.S. with a student visa, but she said she hopes to stay in the country after her graduation to explore opportunities for her future here.
By Kalia Kornegay — Staff Writer
Published: April 20, 2016

Sophomore Ji-Hye Lee was only 6 years old when she joined her mother in the United States. She remembers her aunt and a family friend driving her to the Incheon Airport in Seoul, South Korea, thoughts of being reunited with her mom distracting her from the situation at hand. Lee hadn’t seen her mother in about a year after her mother traveled to the United States in pursuit of a job.

Her stepfather picked her up from an airport in New York City, and her new life began in Philadelphia.

Around Lee’s middle school years, both she and her mother’s visas expired, causing them both to begin the long process of becoming official U.S. citizens. Lee said it took from her freshman year of high school to the later part of her freshman year of college to finish the documenting process. While other students were worrying about finals or other school assignments, Lee said, she had the added pressure of dealing with lawyers and paperwork primarily on her own.

“The going back and forth with a lawyer to get any response took anywhere from around a few months to a year,” she said. “It was super stressful. At the time, I couldn’t get financial aid because of Social Security number issues. I remember having to call all of the different offices on campus and explaining the situation over and over again. It was also stressful waiting for the government to respond.”

Lee’s story is one of millions. According to The Center for Immigration Studies, in 2015 immigrants made up 13.3 percent of the nation’s population, which is the highest it has been in over a hundred years. 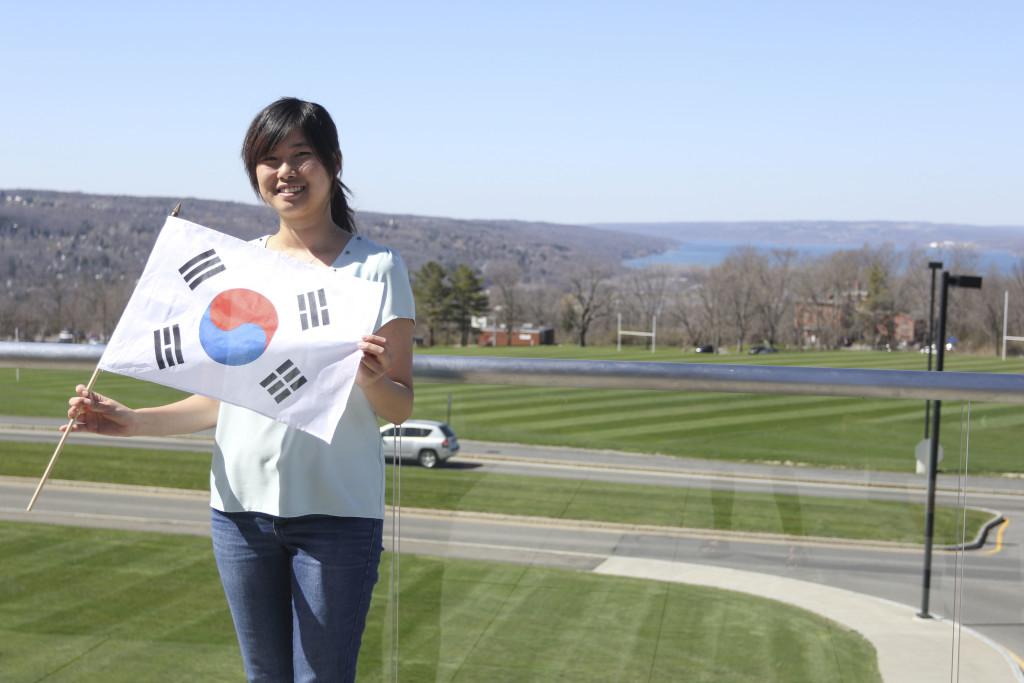 Sophomore Ji-Hye Lee immigrated to the U.S. from South Korea when she was 6 years old.
SAM FULLER/THEITHACAN

The diversification of immigrants into the United States has also increased in recent years. According to the Migration Policy Institute, in 2014, the leading country for new immigrants coming into the U.S. was India with 147,500 arriving that year. India was followed by China with 131,800, Mexico with 130,000 and Canada with 41,200.

Gustavo Licón, assistant professor in the Center for the Study of Culture, Race and Ethnicity, and the child of two immigrant parents from Mexico, teaches courses relating to immigration policies between Mexico and the U.S. as well as Latino and Latina resistance movements through the years. He said he tries to provoke discussions in class about these issues by establishing a historical context. He said for some students, viewing current immigration issues under a critical eye can be challenging.

“I try to get folks to understand that these things have a history and they’re not unique to this time period — more they’re unique to this specific group,” Licón said. “I try to establish, for example, in the past that there were xenophobic movements, and they weren’t directed at Latinos, they were directed at other groups. However, they were just as, if not more, hostile.”

Lee said she has observed negative conversations and stances about race since she first came to the U.S. Her first exposure to it was when she entered elementary school and her teacher placed her in the back of the classroom because her English was not strong yet.

“I didn’t understand at the time, but when I told my mother, she was furious.” Lee said. “She said, ‘Don’t be mean to your teacher, but know that this is what you have to face.’”

The term is used to refer to children born in countries that grant birthright citizenship to parents who are living in a country without legal permission.

Licón said terms like “anchor baby” and “illegal alien” are perpetuating the criminalization of immigrants. He said they remove the context of immigrants’ coming from another country, and the label of “illegal,” or other xenophobic terms, is added as a form of cognitive dissonance.

“Whatever the lexicon is, is primarily used to dehumanize people and reduce them to labels,” he said. “The whole idea of someone being an illegal alien is that they’re alien. They’re an alien being to the host — the U.S. The thing is, the people who come to the United States undocumented are not aliens. They’re not from another planet. And even if they aren’t United States citizens, they are citizens to another country.”

An inner struggle between two Cuban-American immigrants in the U.S. was documented in the bilingual play titled “Coser y Cantar,” adapted by the college’s Experiencing Teatro course April 15. Four student actors represented two halves — one with an American identity and one showing the Cuban side — of a woman and a man.

The play portrays the struggle of each character’s sense of identity. Sophomore Eva Garcia Ferres played the Cuban side of the female character. Ferres moved to the U.S. from Spain when she was 15 years old. Her mother was finishing her postdoctoral studies, and they both thought it would take a year or two, but she finished this past winter break.

While Garcia Ferres is here on a visa while she completes school, she said she wants to stay here after graduation for graduate school and explore possible immigration options.

Garcia Ferres said that whenever she goes back to Spain, she notices a difference within herself. She finds it harder to stay up-to-date with her friends after being away for a long time and finds herself occasionally speaking English in the middle of Spanish conversations.

“I think the main thing that I miss from Spain, not counting my family, is all the sentences that I want to say come in English,” Garcia Ferres said. “Then it’s weird because maybe you want to say ‘a lo mejor’ and then you say ‘maybe.’ English has kind of taken over.”

“Coming to college I decided to try new things and explore who I was and who I could be,” Garcia Ferres said. “In a sense, there is that part of me in Spain that is how I was brought up, and the part of me in the U.S. that is trying to be as much as I can be.”