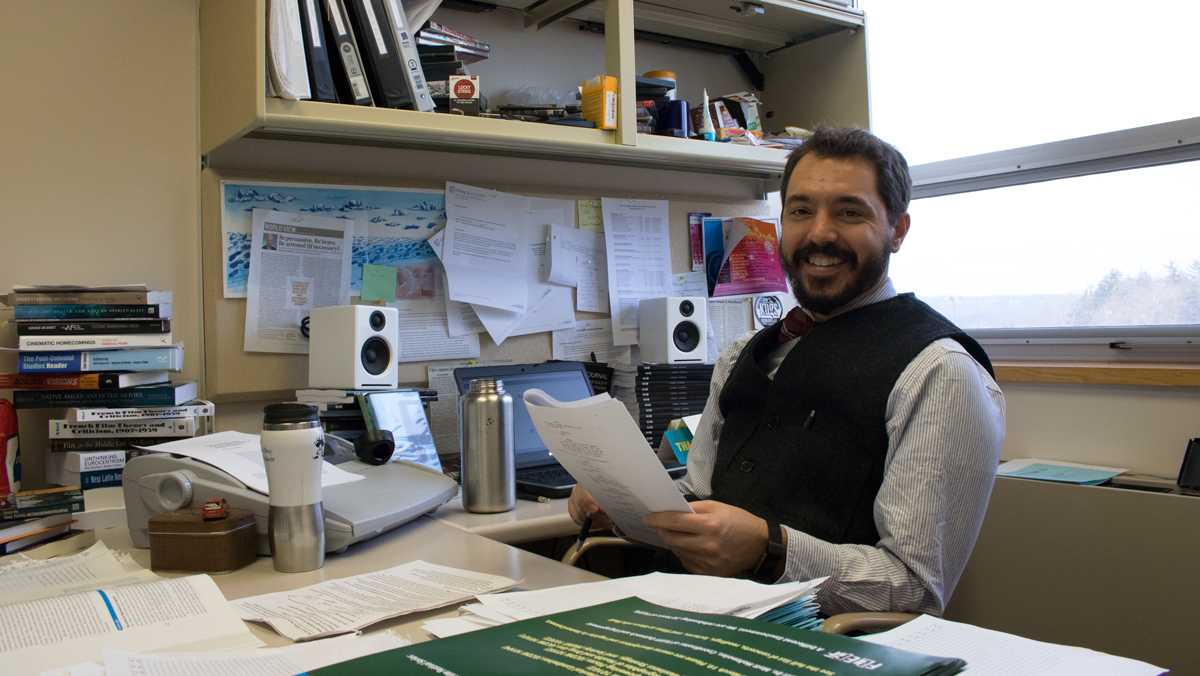 Matt Holtmeier, assistant professor in the Department of Media Arts, Sciences and Studies, published an article in the winter edition of Screen, an Oxford academic journal of film and television studies. His article, “Communicating Cascadia: Reichardt’s Three Ecologies as a Bioregional Medium,” studies director Kelly Reichardt through the lens of bioregional cinema. Holtmeier is also in the process of writing a book, “Contemporary Political Cinema.”

Kara Bowen, Assistant Life and Culture Editor, spoke with Holtmeier about how environmentalism and cinema intersect, what drew him to Kelly Reichardt and why bioregionalism matters.

Kara Bowen: Could you describe your article?

Matt Holtmeier: This is about environmental cinema, or this concept of bioregional cinema. It is a concept that comes out of environmental activism and it has been taken up in literature. But it is not something that has been done much in the realm of film or media. … Bioregionalism is built around this idea of living in place. So rather than importing our avocados from whatever sunny place, it’s looking at what can be grown in our local environment at that time of the year. We can take this concept in any number of directions. What architecture fits this place? What agricultural practices fit this place? What are the unique cultures that emerge from this place, and how does that shape the potential to live in place? So what I am doing then is taking this concept of living in place and thinking about it in terms of filmmaking in place.

KB: How can you apply this concept of bioregionalism to film?

MH: There are three different ways I am looking at that. Aesthetically, or how we film an environment, such that we are capturing the environment. The second is industrially, so the sort of industrial formations lead to the production of bioregional cinema — in terms of that, I look at state incentive programs. State incentive programs will often offer cash back or tax rebates to incentivize filmmakers to film locally. … The third aspect is community practice. I was down in the Appalachia area and I was visiting the Appalshop as part of this trip. The Appalshop is a media workshop … in Whitesburg, Kentucky, which is right in the middle of Appalachia. The idea behind the Appalshop was to foster opportunities for folks in that area to produce media, to produce stories about Appalachia. Its goal is to create opportunities for people that live there to tell stories about that environment.

In this particular article, I talk about the director Kelly Reichardt … almost all of her work has been produced in the Pacific Northwest, where there is this bioregional movement called “Cascadia.” It is an environmental movement that starts to shift thinking away from state boundaries or nation-based thinking to what is appropriate to a particular environment.

KB: What drew you to bioregional cinema?

MH: It is this sort of larger interest in environmental media. … This is just because I think that environmentalism or climate change, and the environment itself, is one of the largest things we should be concerned with. I started with globalization because I was like, ‘This is the most important issue we’re facing.’ … At some point I was like, ‘The effects on the environment are actually the most significant cause of this.’ So that is what pushed me to move in that direction.

KB: What drew you to Kelly Reichardt specifically as a director?

MH: She was a particularly good choice for bioregionalism as a starting place. … Because Kelly Reichardt was working in a particular environment for so long, that is what drew me toward her. She is also an independent filmmaker, so she has a style that might be more interested in local environments.

KB: Could you talk more about your book project?

MH: The project is basically charting this shift from classical political cinema to a contemporary political cinema, hence the name of the book, “Contemporary Political Cinema.” My argument there is that it is based on the fragmentation of subjectivity and then the networking of subjectivity. So rather than having this “us and them” political environment … now it is complicated by the fact that individual characters, individual subjects, are fragmented by their relationship with globalization. They might have these interests or desires that span the world and this makes them complicated subjects, and links them up to these global networks.

In a performance presented today to Ithaca College students, the stage will serve as a collage of music, culture and passion. Two pianists will play a tango for a pair of dancers against a backdrop of images from 20th century life in Latin America, Paris and New York City. The performance, originally created by five…

FLEFF performance to be featured at national venue