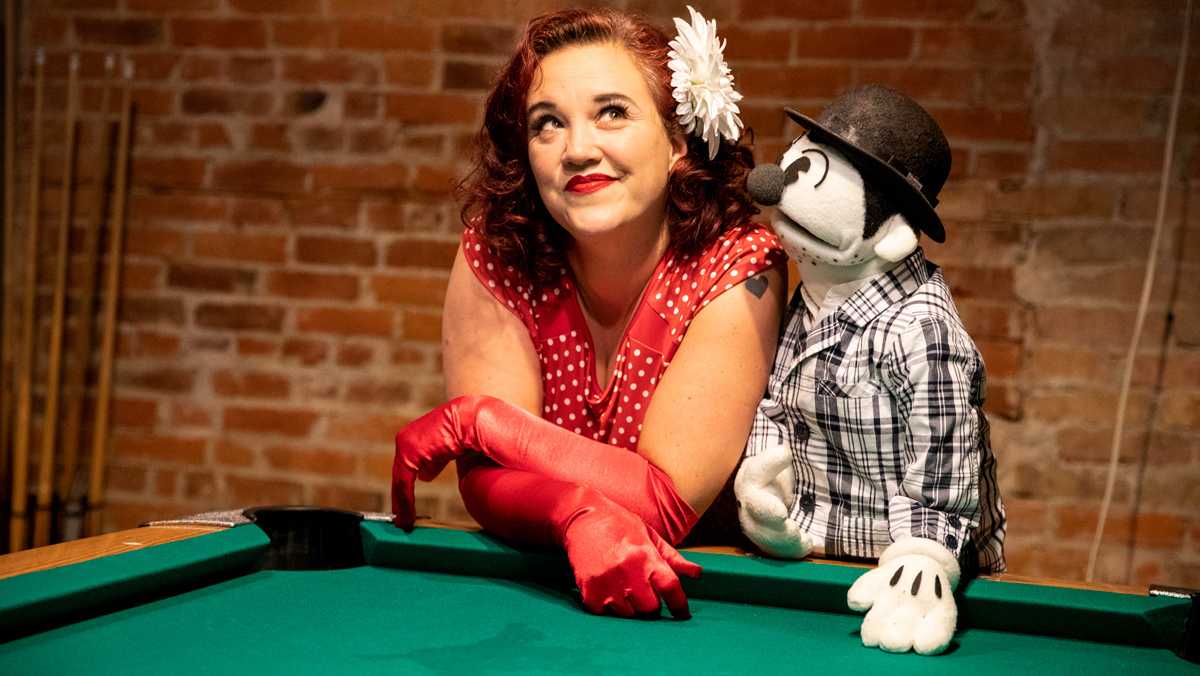 The Cherry Artspace, named for its location on Cherry Street in downtown Ithaca, is a theater that holds art exhibitions, concerts, dance performances and literary readings. This year, the Cherry is hosting a show that dabbles in a little of everything — “La Cerise Noire,” a neo-vaudeville show premiering Nov. 16 and 17.

The two-day debut of “La Cerise Noire” will feature eight performances. Juggling, belly dancing, magic, drag, puppets, acrobatics, boylesque — men performing burlesque — and comedy acts will be featured at the performance. Mickie Quinn ’94, director of Park Promotions at Ithaca College and co-creator of “La Cerise Noire,” said there will be a script and a story that connects the show’s acts.

Turn-of-the-century vaudeville employed similar lineups to “La Cerise Noire.” Comedians, ventriloquists, singers and acrobats all nestled into the comfortable chaos of vaudeville performances, which first emerged in the 1850s. Vaudeville even served as a pathway into mainstream showbiz for many film stars. Bert Williams, Buster Keaton and Charlie Chaplin all began as vaudevillians, and the jaunty, physical humor they perfected in their vaudeville acts shone in their silent films.

Quinn said that if the show is successful, she hopes it will be performed twice a year. “La Cerise Noire” will pay homage to old vaudeville shows, which Quinn said compiled a variety of performances.

Scott Hitz, puppeteer and the show’s producer, said he and Quinn worked together to create a classic vaudeville without erasing modern influences. The pre-show will feature music from Postmodern Jukebox, a band that transposes modern music into a 1930s style.

“It’s really harking back to that era that we’re trying to get to,” Hitz said. “However, it’s also not ignoring the fact that we live in the times that we live in. It’s that vibe but also with a little bit of a modern twist.”

Twentieth-century vaudeville was often aimed at male audiences. But stage manager Katt Hass said there’s no real target audience for vaudeville now. “La Cerise Noire” is for anyone who wants to participate.

“I don’t think there’s a target audience, per se,” Hass said. “That’s the nice thing about working with the Cherry … is that it’s for anybody.”

Quinn and Hitz both said they believe the Cherry is the ideal location for “La Cerise Noire” to debut. Initially empty and featureless, the spacious theater creates an atmosphere that fosters artistic freedom, Quinn said.

“The Cherry Artspace, as a physical location, is a giant empty cube that you can go in and sculpt into whatever you can dream up,” Quinn said. “And so we have dreamt up this night that is basically a 360 experience for everyone. It’s going to be a traditional stage, seats — but there are going to be things happening in the whole entire space, and we get to set it up that way.”

Senior Benjamin Klopcic is a student member of “La Cerise Noire.” A juggler for the show and co-president of ICircus, Klopcic said he had previously performed in a circus group downtown before being recruited to join the vaudeville by Quinn.

“There’s an organization downtown called Circus Culture,” Klopcic said. “They used to have cabarets every first Friday. They were all circus acts, so this has a little more variety.”

Drag performer Dizzy DeScretion has also found a place on the show’s lineup. DeScretion has performed at the Range and Lot 10, and she said she is thrilled to bring her drag to the history, comedy and fast-paced atmosphere of vaudeville.

Hass also said the cast and crew have been a delight to work with.

“We all kind of live it, in our own way,” Hass said. “I mean, we’re putting on a vaudeville show because, quite frankly, we’re all pretty surreal people to kind of begin with. … And I love working with these people because … step one of that approach is ‘How is this going to be fun for absolutely everybody involved?’”

Friday night will include an open bar and hors d’oeuvres for $75. A Saturday night ticket is $25, and both nights will feature the diverse sketches and performances. Doors will open at 7:30 p.m., and the show will commence at 8 p.m. Tickets and other information can be found on the Cherry’s website.