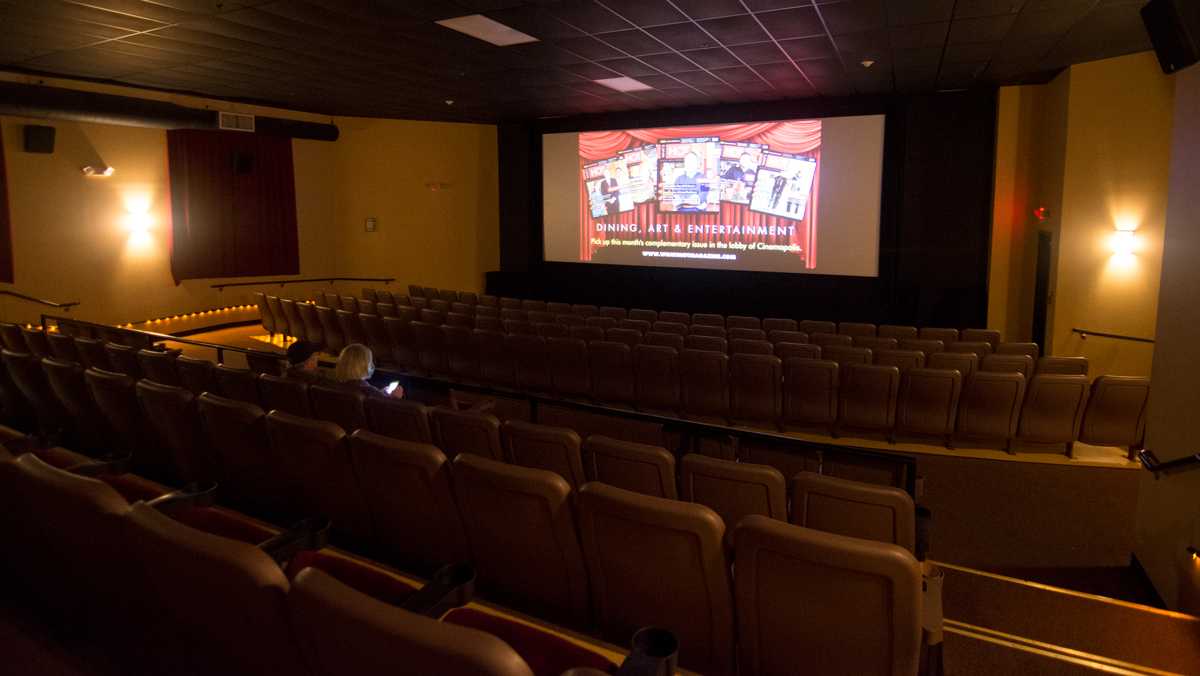 After the film “Three Billboards Outside Ebbing, Missouri” finishes, a crowd shuffles out into the Cinemapolis lobby, talking passionately about the movie it has just seen. A large mural featuring classic movie stars and film imagery covers the wall. A concession stand laden with gourmet snacks and candy faces a large window overlooking East Green Street.

Brett Bossard, executive director of Cinemapolis, said it is this kind of conversation, the kind that generates passionate interaction with the art, that Cinemapolis values so highly.

“Art is certainly one of the most accessible and comfortable ways of having a community conversation about people who are less fortunate or really struggling,” Bossard said. “It takes art to make people aware of those issues, and we create a space where we can try to find solutions.”

The theater, which is Ithaca’s independent film theater and one of three in the Ithaca area, offers independent, foreign and local film viewing experiences. Pop art on the wall of famous movie scenes and stars welcome the customers. Bossard, standing in the lobby, waves in a familiar face with a “Welcome back!”

Streaming controls the majority of media consumption. Since last year, theater attendance has fallen 3.5 percent. This is a striking contrast to Netflix’s consistent revenue growth since 2002. However, Cinemapolis strives to keep the art of cinema present in the community. The theater has consistently drawn in roughly 70,000 people each year, 25 to 30 percent of whom are students. Bossard said attendance fluctuates based on the types of screenings available. For instance, award season draws in a larger crowd due to the heightened awareness surrounding Oscar-nominated films.

Sophomore Alexandria Logedo said she frequently watches movies at Cinemapolis. She said she enjoys watching the theater’s array of indie films and attending its documentary screenings.

“They have a whole bunch of movies that are shown,” she said. “But I don’t see them at my hometown, which I like because I usually miss out on seeing movies I want to watch just because they’re not being shown.”

Lynne Cohen and Richard Szanyi founded Cinemapolis in 1986. Cohen said she saw a need for a full-time art theater in the area and believed Ithaca was the perfect place. The theater was originally located in the basement of Center Ithaca on The Commons, with only a single screen. In 1990 Cohen and Szanyi acquired Fall Creek Pictures at the end of North Cayuga Street. Cinemapolis was split between two locations until 2009 when the theater moved to its current location on Green Street. The Fall Creek Pictures and Center Ithaca spaces have since been taken over by other businesses.

Bossard said he believes the theater environment will attract people, particularly students, away from more isolated viewing experiences like Netflix.

“I think it’s a matter of crafting an experience at the theater that is necessarily different than a big commercial theater,” he said. “And I think that is something that is attractive to students and younger people that see the experience of going to the movies as an opportunity to have a communal experience, a communal engagement with the film … it definitely feels more personalized than it would at a commercial theater.”

Sophomore Hannah Mahany said she agrees and is drawn to Cinemapolis because of its intimate, smaller size.

“In bigger theaters, the stadium seating is really tall,” she said. “But at Cinemapolis, it feels more like you’re in your living room watching a movie, but you’re actually at the theater, which is really nice.”

In 2000, the theater was re-established as a non-profit. This year, it was honored by the Tompkins County Chamber of Commerce as the Non-Profit of the Year. Ticket and concession sales account for 75 percent of Cinemapolis’ operating expenses, and the remainder comes from grants and donations.

“In a town that is known for having a pretty large supply of non-profit organizations, it was very flattering and humbling to be recognized as some place that the community values,” Bossard said. “We are really trying to use the art of film to help other non-profits and create change.”

“Streaming is like fast-food entertainment,” Perlgut said. “It’s easy and convenient, but not as nice as a home-cooked meal or dining out at a nice restaurant.”

There are plenty of opportunities to join the community conversation. Cinemapolis celebrated Silent Movie Month with four different events throughout October. The cinema’s celebration of Latino Heritage Month also ran through the middle of the month with the Cine con Cultura Festival. Ithaca Fantastik, which ran from Nov. 3 to 12, is an annual film festival featuring a wide array of genres and styles. This year’s festival included a screening of the recently released film “My Friend Dahmer” alongside classic films like “Danger: Diabolique” and “Blow Up.”

Upcoming events include a special screening of “All Governments Lie,” at 7 p.m. Dec. 7. After the showing, Jeff Cohen, the film’s producer and director of the Park Center for Independent Media at the college, will hold a Q&A. The end of the year is also the time to catch all the films in the run for award season. Lynne Cohen said she hopes the community will continue to converge in this space for years to come.

“I do hope that people don’t succumb to the temptation to snuggle down at home every night,” Cohen said. “I hope they still continue for decades to want to come out and experience movies with other people. I think it’s a pretty strong human instinct.”