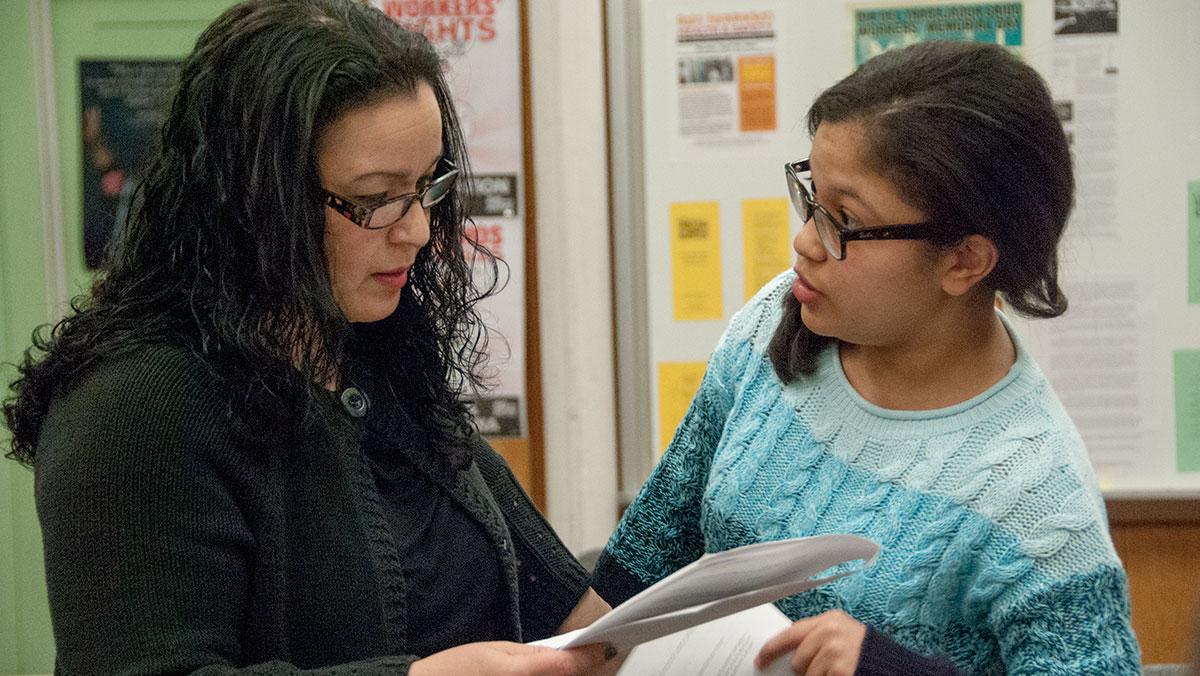 Historically, be it from the Greeks or Shakespeare, art has been making powerful political statements on the stage. Now, the Civic Ensemble  — a community theater group based in Ithaca — is bringing politics to the Ithaca stage with their upcoming production, “Home: A Living Newspaper” — a one-night-only performance  7:30 p.m. Feb. 23 at the Kitchen Theatre.

In the 1930s, the theater genre of the living newspaper was brought to life by the Federal Theatre Project. The FTP strived to fund artistic performance in the United States during the Great Depression, providing work for actors, directors and writers. Shortly after the formation of the project, the living newspaper was born. It combined news events of the day with drama to create not only an entertaining experience, but an educational one, too, as it supplied theatergoers with information about political issues.

About a year and a half ago, Godfrey Simmons, one of the three co-founders of the Civic Ensemble journeyed to the Big Apple and saw a New York Neyo Futurists’ production called “Too Much Light Makes the Baby Go Blind.” Although not a living newspaper itself, the show’s regularity and continuously changing content reminded Simmons of the rather obsolete genre and inspired him to bring it back.

“I wanted to figure out a way to try to build something like that for Civic Ensemble that was a regularly occurring thing that would be interesting to both college students as well as, you know, the older hippies,” Simmons said. “I felt like the living newspaper was that kind of thing.”

The creative team and cast have been meeting twice a week for two to three hours each day to brainstorm and try to answer a question: “What would a living newspaper look like today?” They play theater games, explore possible scenes and discuss issues and structure in order to come up with a final product that will do justice to the historic genre, while adding a twist and more current material that will attract a more modern audience.

Rachel Gould, one of the actors involved with the living newspaper, has been performing with the Civic Ensemble since its first community-based play, titled “Parent Stories,” in 2012.

Gould said the living newspaper is similar to other Civic productions she’s worked on because of the collaborative work among the creative team, cast and other community members that ultimately fashions the script. The heavy emphasis this production has on time — the unpredictable factor that rules the news — is also something Gould has had experience handling in past Civic plays, including the 2014 production of “Safety” — an original play about community-police relations — which experienced script changes up until the day before the show.

“With ‘Safety’ we were rehearsing during the summer, and in August Ferguson happened,” Gould said. “That significantly changed the course of the remaining rehearsals as well as what ‘Safety’ ended up being. It’s important to know what’s going on and to be able to incorporate that even at the last moment.”

The script for the living newspaper has been a work in progress that Simmons hopes to have finalized with enough time for the actors to get acquainted with it. He said everyone is enjoying this exploration phase that’s allowing them to look into many different national and local topics, from housing and income to the evolution of hashtags and Twitter, in addition to how news is disseminated today in comparison to the 1930s.

Barbara Adams, associate professor in the Department of Writing at Ithaca College and theater critic for the Ithaca Journal and Ithaca Times, is familiar with the old-form living newspaper and, like many others, is intrigued to see what kind of show the Civic Ensemble will create and what aspects of the old they choose to incorporate.

“We’re used to contemporary photography, media, television, film-editing techniques and sound bites,” Adams said. “So the ‘meta’ part of the whole experience may not be as striking to us as it was to that audience some 75 years ago.”

However, Adams thinks it’s worthwhile to revisit and update this earlier genre, particularly to explore different theatrical modes of addressing various political and social issues of our time and presenting them to the public.

Simmons ultimately hopes that this living newspaper will be the first of many to come from the Civic Ensemble and that it will offer audiences a fun and thought-provoking night of theater.

“Down the line, it would be great to be able to do something like this every month or something like that,” Simmons said. “We’re really trying to make a stab at a template for that, which is a big job. We might not get it right this time, but we’re going to really be figuring out ‘What does it look like now?’ and ‘What does it look like when Civic Ensemble and its artists do it?’”