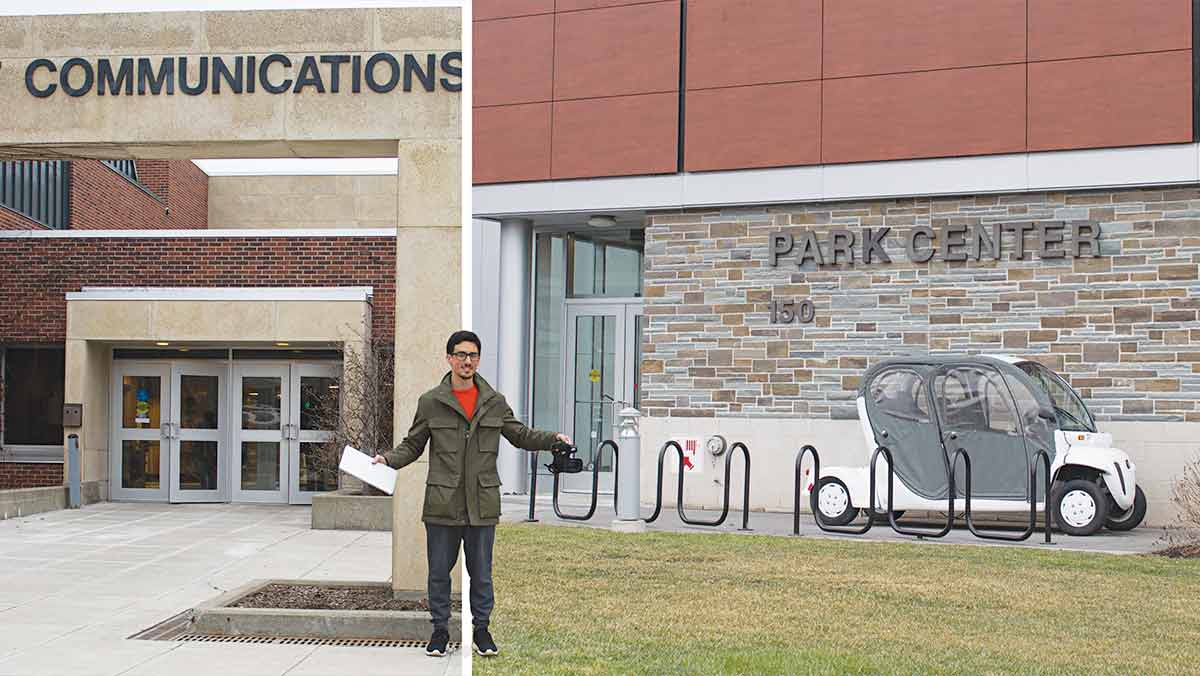 Most students may have never heard of the behavioral neuroscience major or the environmental and urban design major. That’s because these majors were designed personally by students in the planned studies program.

The planned studies program allows students to work with faculty across the college to pursue an area of study not offered by an existing major and is geared toward students interested in exploring new topics through multiple disciplines.

Mary Ann Erickson, associate professor in gerontology, coordinator of the planned studies program, said one reason students choose planned studies majors is to break away from the rigid nature of conventional majors.

“Some majors at Ithaca College are pretty prescriptive, you know, like you must take these 12 classes in this order, and sometimes students start that, and they find that they are interested in that content, but they want to explore other areas,” she said.

To become a planned studies major, students must meet the requirements listed on the Ithaca College website, which include that the area of study is not an existing major or combination of majors, as well as fill out an application form and meet with Erickson. Erickson said she encourages students interested in becoming a planned studies major to meet with faculty and research what classes they may be interested in taking to meet their goals.

Erickson said the advantage of planned studies is it allows students with well thought–out ideas to choose courses from multiple places to create a major not offered by the college. Most plans aren’t simply a combination of existing majors or minors.

Sophomore Marlena Candelario Romero is a planned studies major whose major is titled social advocacy and inequality in child and family studies. She said her goal is to use a social justice lens in the examination of child development and family contexts that she explored in high school working with children and taking classes in sociology and psychology.

“For me, it was the only option I knew since what I wanted to do didn’t fit within something that already existed, so it was basically either leave the school or create my own major,” Candelario Romero said.

Candelario Romero came to the college as an exploratory major and found herself limited by existing majors.

“For me, it was kind of a double-edged problem,” she said. “On one hand, I found existing majors too constricting, but I also had a lot I wanted to study, so it was kind of this strange mix of they didn’t focus enough, and there wasn’t enough flexibility.”

Candelario Romero said at one point, she had an interest in becoming a sociology major, but it wouldn’t have allowed her the same amount of nuance and depth allowed by designing her own major.

“I was completely lost in the beginning, but luckily I knew someone who was a planned studies major, so he helped me out in thinking about what departments I wanted to incorporate. From there, it was basically a process of getting feedback from professors, students and outside sources,” Candelario Romero said.

Currently, Candelario Romero takes mostly sociology and inequality-based classes, such as Punishment in Public Schools, which has a strong component about race, something Candelario Romero said she is interested in. She also takes writing classes and is interested in possibly working as a teacher or a worker in the nonprofit sector but stressed that part of the benefit of her major is it allows her flexibility and that she still has plenty of time to decide what to do when she graduates.

Erickson said current planned studies trends include criminology, forensic science and human development–type interests, which currently are not represented under any current major. Elementary education is another interest expressed by one student, and Erickson said a number of former Roy H. Park School of Communications majors have shown interest in applying those skills to different areas, such as one student interested in creating media about social inequality.

The number of planned studies majors fluctuates, but it is generally about eight to 10, Erickson said. In Fall 2015, seven students were accepted into the program, and another four are continuing with their plans.

Senior Francisco Aguilar began as a business major but eventually decided upon a planned studies major titled film producing, production and studies, which combines his knowledge of business with his passion for film.

Aguilar said he decided sophomore year that he did not want to continue as a business major and wanted to do something centered on film.

“In the spring semester of my sophomore year, I got into two cinema classes, and that was my first semester taking film classes,” Aguilar said. “One of my friends on the football team was a cinema major, and I worked on his set, and I kind of had an eye-opening experience while I was on that, like this is what I really want to do.”

Aguilar didn’t become a planned studies major officially until senior year, but he took film and business classes throughout college. In the spring of his junior year, Aguilar’s friend invited him to help him shoot his senior thesis in Italy.

Currently, Aguilar is working on a project called QuickTrip, a movie about two college dropouts who start selling heroin but lose their stash. Even though Aguilar did not officially become a planned studies major until his senior year, he still attributes his success to the program.

“Being a planned studies major is so rewarding because it’s such an independent experience,” Aguilar said. “You’re on your own for a little bit, but I know exactly what I want to do now, and I have a plan tailored around it.”