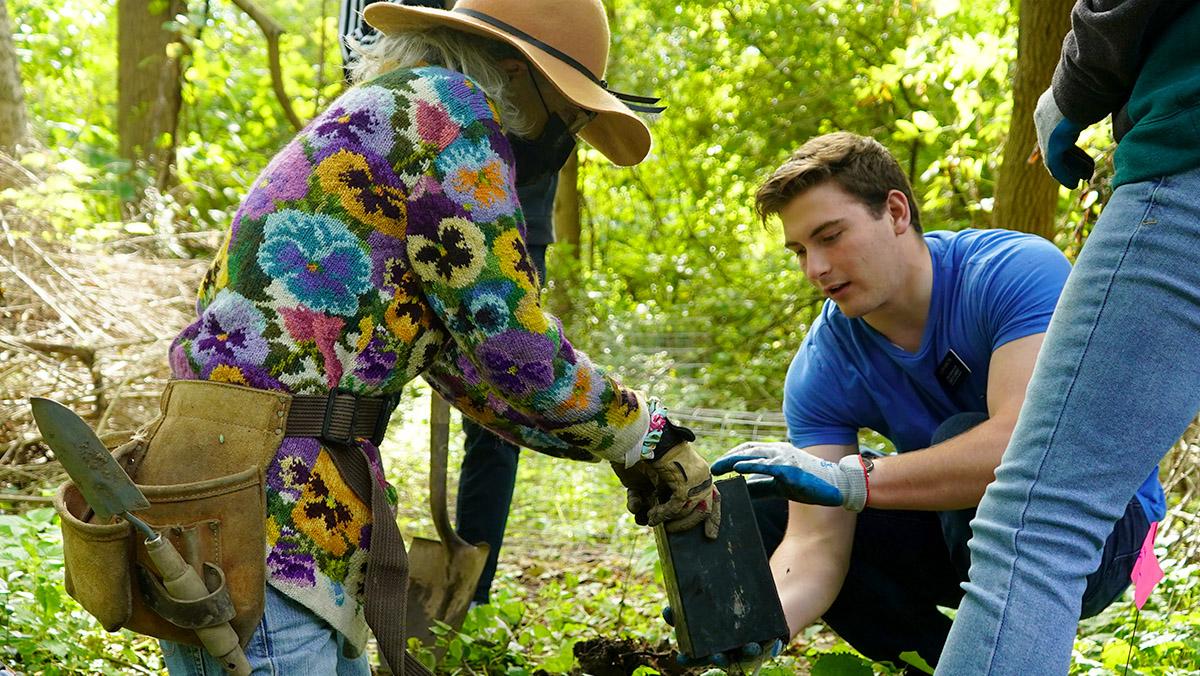 Over 50 Tompkins County community members gathered on the morning of Sept. 24 in the forest surrounding Lighthouse Point, eager to plant trees and heal the environment.

Inspired by Project Drawdown, a mission to reduce the level of greenhouse gasses in the atmosphere, Trees Up Tompkins was created in 2019 by Tompkins County residents who recognized their surrounding environment was in need of rehabilitation to restore its natural beauty and increase the amount of carbon drawn from the atmosphere.

The group decided to focus on reforestation — the process of taking degraded land and planting native trees that work to draw down carbon from the atmosphere. A variety of native trees have been planted by the group, including bladdernut trees, sycamore trees, tulip trees and several kinds of oak trees. To maximize their contribution to the environment, the group also removes privet, an invasive flowering plant species that has infested forests across the country, making our forests’ ecosystems less diverse and preventing trees from capturing carbon. The organization’s first project, Project Lighthouse Point, was initiated in 2019, and now three years into the project, the organization has removed 7000 sq. ft of privet and planted approximately 190 native trees.

John D. Scott, associate professor in the Ithaca College Department of Media Arts, Sciences, and Studies and founding member of Trees Up Tompkins, said the organization’s focus on reforestation led them to Lighthouse Point, where the surrounding environment was being consumed by privet and in need of rehabilitation. 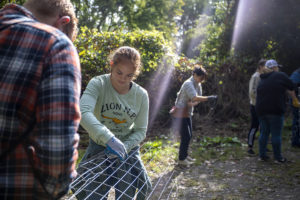 “The current privet growth is reducing the amount of trees that come up because it flowers earlier and shades them out,” Scott said. ”So that whole area surrounding Lighthouse Point in a few hundred years may have no trees.”

Deanna English, environmental educator and co-founder of Trees Up Tompkins, said in order to foster the forests’ whole ecosystem, the group evolved from planting native trees to additionally removing privet. English said privet was planted across northeast America by farmers establishing land in the 1800s and has invaded forests throughout the country because of its incompatibility with native species and fast growth rate. This has resulted in a lower variety of insects, plants and birds who inhabit the forests of Ithaca.

“Because [privet] is a pretty new thing that’s intervened, it’s affecting the forest’s biodiversity and preventing the rest of the ecosystem from thriving,” Scott said.

To support the forest’s whole ecosystem, the group removes privet from the land they work on prior to planting anything new. Planting trees that are native to the land is also important in producing the most effective results.

This fall, the organization is continuing its work on Project Lighthouse Point. The final planting session of the season took place Sept. 24, where the goal is to plant where the group has removed privet wherever possible.

“Overall the goal for us is to build a path down to the water,” Scott said. “We are hoping to build another path that will be full of native trees that people can walk along from the lighthouse.”

Patricia Ladley, founding member of Trees Up Tompkins, was responsible for overseeing the flow of volunteers and organized planting groups during the session, where she recorded more volunteers than in previous planting sessions. The team generally has about 25–30 volunteers each session, whose attention is divided between privet removal and tree planting.

“We have 40 trees to be planted this session, which is more than we have planted before,” Ladley said. “We had about 20 lawyers who came out to remove privet earlier this year, which has made this large of a planting session possible.”

Because of the large volunteer turnout of about 50 people during this season’s final planting, the group was able to plant 40 trees all the way down to the Cayuga inlet while additionally removing remaining privet, Ladley said. While frozen ground prevents tree planting during the winter, Trees Up Tompkins plans on using this time to develop new ways to spread the word about their organization by recruiting new volunteers and getting involved in the community beyond Lighthouse Point. 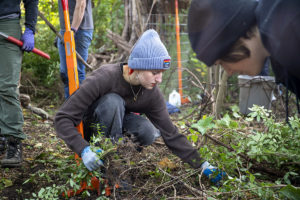 “We’re trying to connect with all different groups and people in the area to work with us and help us grow in a variety of different ways,” English said.

“We want this to be a community project,” Ladley said. “We’re working on a way to make it an experience for everyone and find a way to include the kids and grown-ups who live there.”

Although the group only consists of six core members and about 30 volunteers for all five of their planting sessions, they are confident the work they have been doing has positively impacted the community and the environment.

“We like to be a model that a small group like us, with a little bit of organization and a few volunteers, can really take an area that is beautiful but devastated by invasives and turn it into something that is helping the environment and the biodiversity,” Scott said. “Small projects have the ability to inspire more small projects and once you have enough projects, suddenly you’re changing things.” 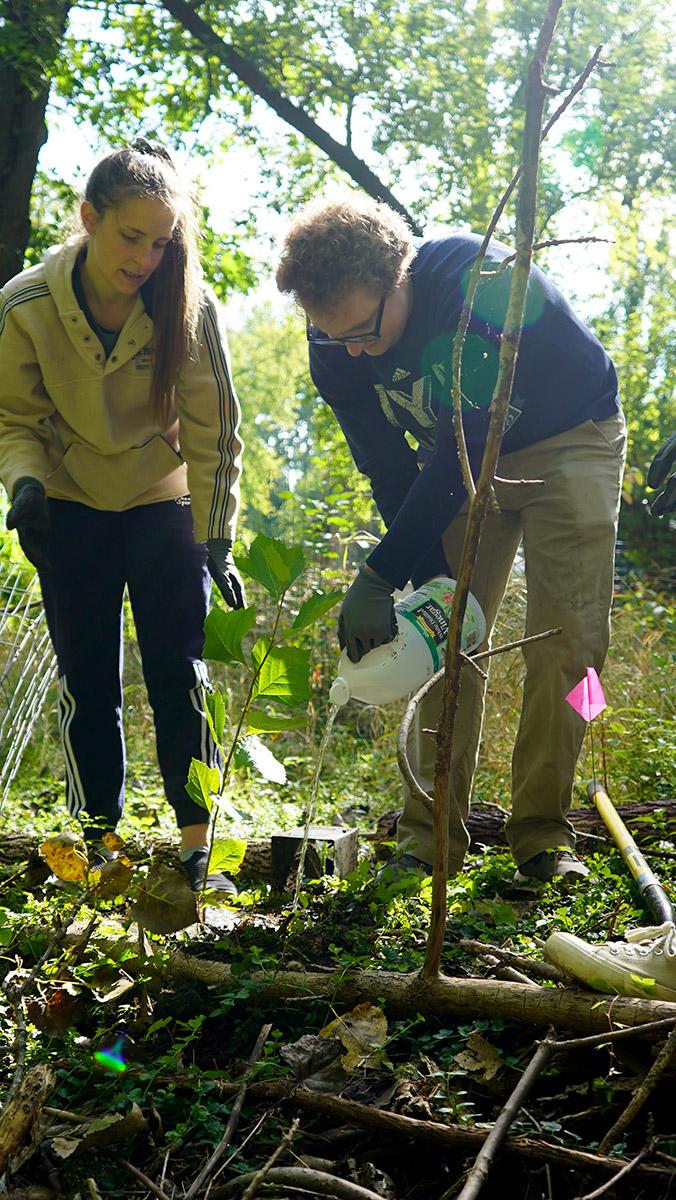 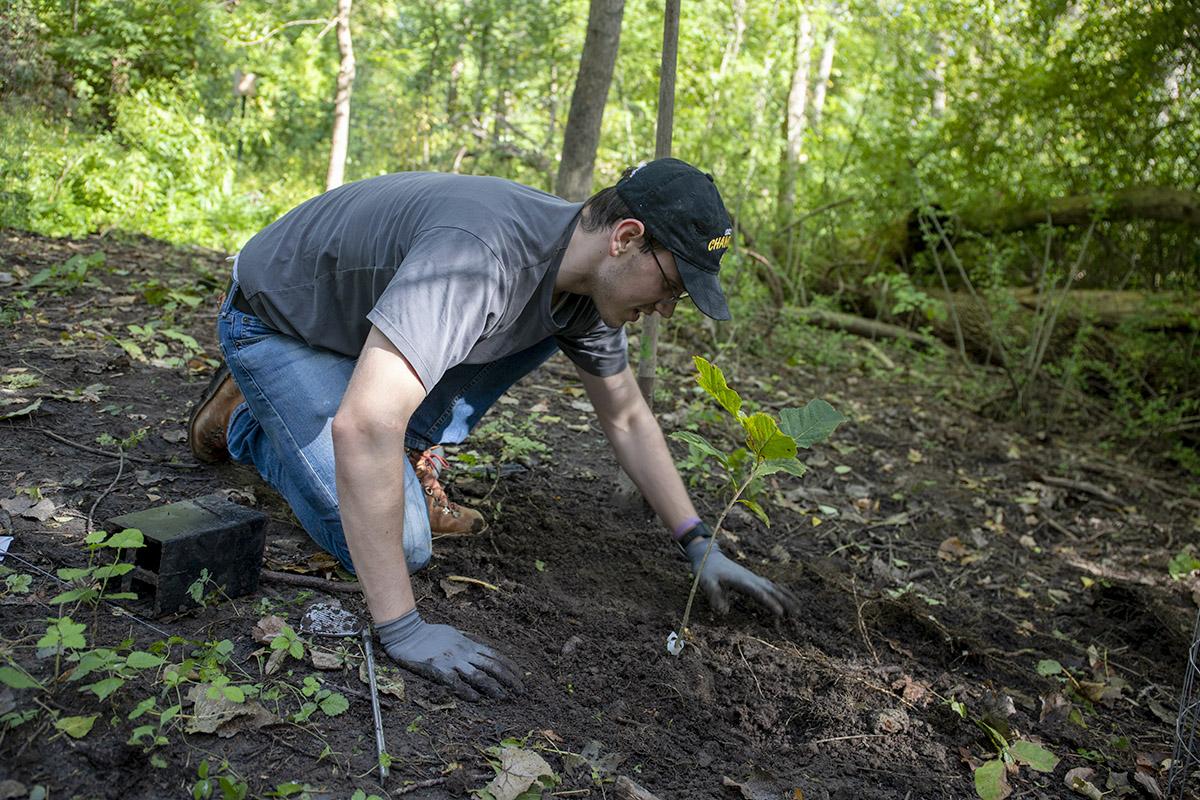 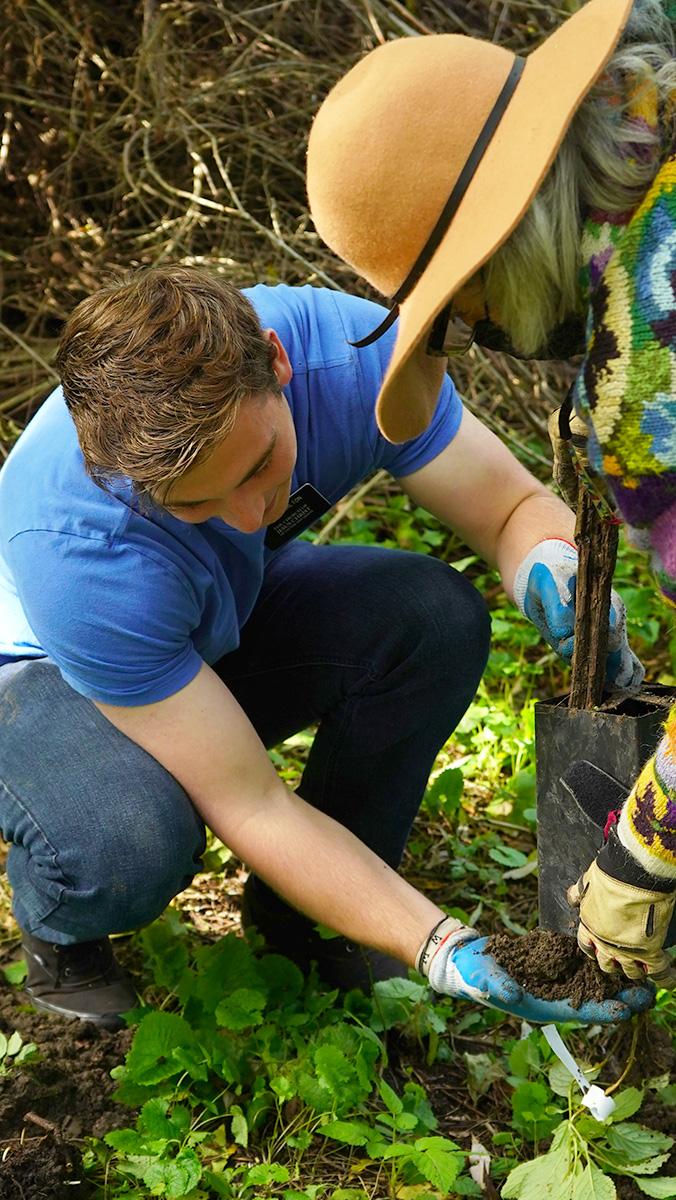