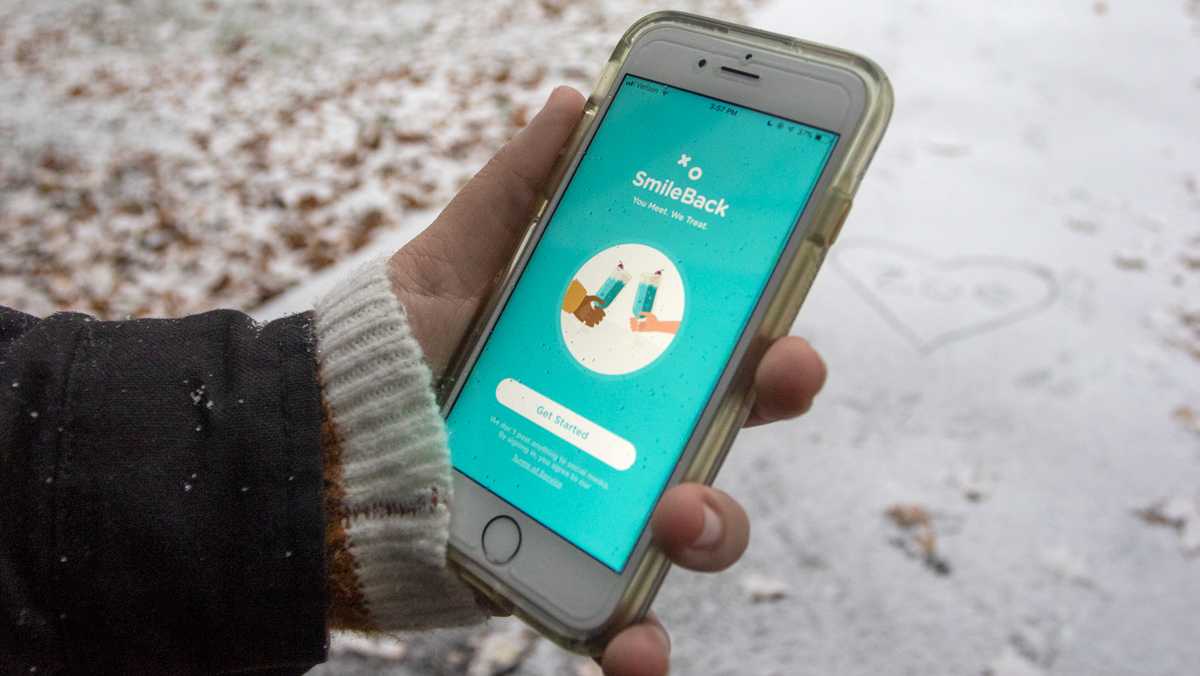 Ash Bailot/The Ithacan
SmileBack is a dating app based on sending anonymous "smiles" to other users.
By Ash Bailot — Staff Writer
Published: November 27, 2018

SmileBack, the newest dating app to break out onto the college romance scene, is offering students another way to connect through social media. Freshman Jamie Meyers met her current boyfriend on the app — they matched, realized they were similar and started spending time together.

SmileBack is centered on sending anonymous smiles, became available to Ithaca College students in 2013 but seems to have grown in popularity recently. Approximately 1000 people in Ithaca, including Ithaca College and Cornell University students, are currently registered on SmileBack, and some have said its unique approach to dating-app culture has created an appeal.

SmileBack has several features that set it apart from other dating apps popular among college students like Tinder and Bumble. Rather than liking or “swiping right” on an endless number of dating profiles, SmileBack shows users just four profiles in each 24-hour cycle. The user can send an anonymous smile to just one of the four people or choose none and wait for the next day when a new set of people are displayed. 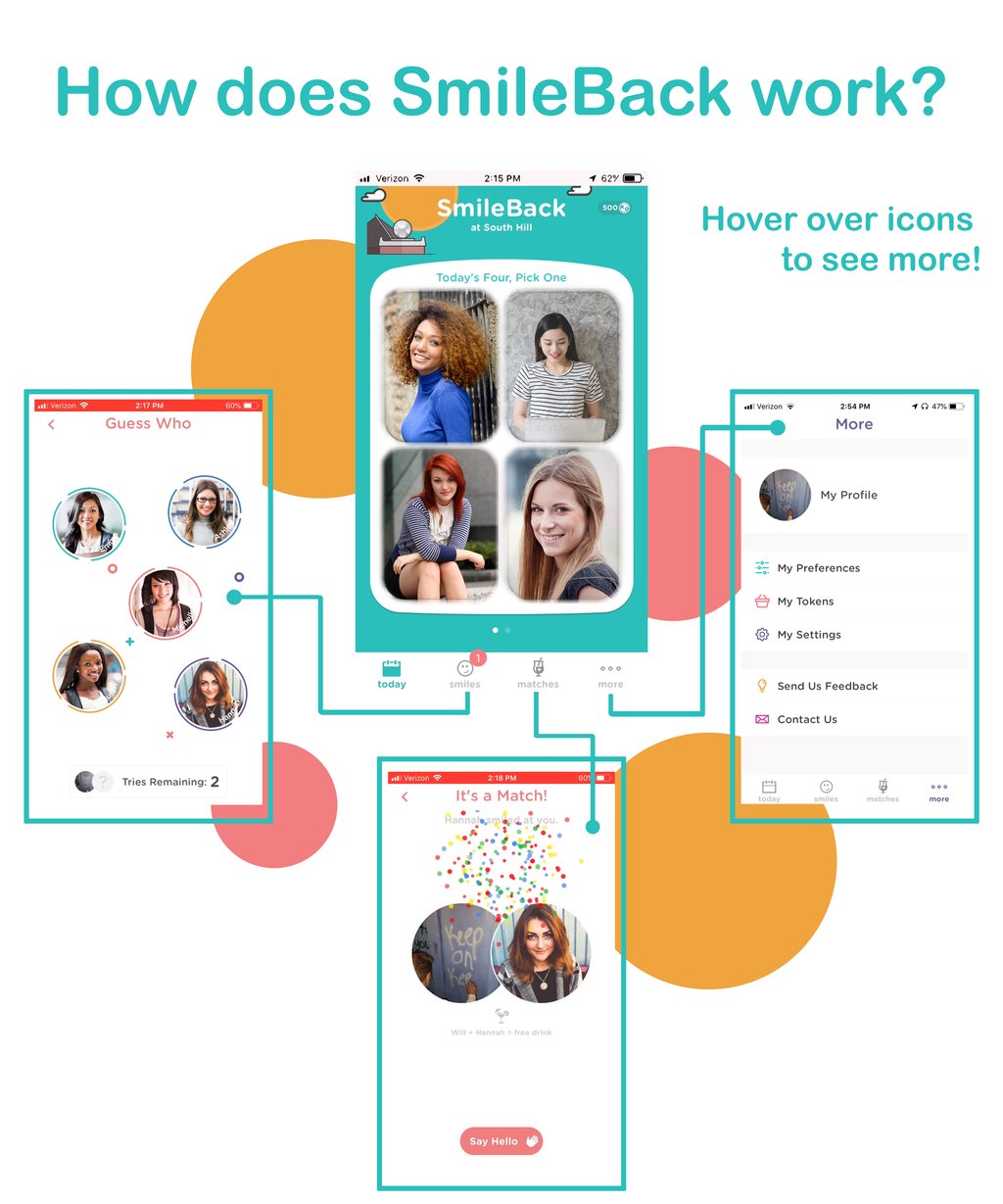 When users receive anonymous smiles, they have two guesses to determine who sent them. They can choose from five people, but only one is correct. If they get it right, they can choose to send a smile back or not. If they don’t guess correctly, they must wait until the next day to send more smiles and make more guesses.

“You only have four people to choose from, so you look at them more seriously than you would if you could just swipe right on countless people,” Meyers said. “It matters a little more.”

Height, college and one photo are the only required profile elements in SmileBack, but the profile can include more information like the user’s major, hometown, where they work, what languages they speak and what they’re looking for in a partner, along with various favorites ranging from food to sports teams.

After the smiling and guessing process when two people finally match, they’re given a $10 gift card to a local restaurant or bar as an incentive to go on a date and meet in person. Founder, CEO and Cornell University alumni Dan Berenholtz said he wanted to encourage face-to-face interactions.

“It’s about meeting other people and doing so in person rather than behind a screen,” Berenholtz said. “That’s why we have the whole aspect of giving a free gift card to every match. We want people to actually meet in real life and make connections.”

Matches in the area can receive gift cards to places like Moonies and Buffalo Wild Wings. Freshman Aidan Fennessy decided to give the app a try, encouraged by the promise of a free gift card.

As of now, these gift vouchers are paid for by the app, but Berenholtz said his hope is that local bars and restaurants will cover the cost of the gift cards in the long term. He said that it’s a good deal for them because when the students redeem the gift card, they usually end up spending closer to $35 or $40 at the establishment. Users can also purchase “tokens,” which can be used to view people in the next 24-hour cycle and buy additional guesses.

However, the slow pace of the matching game was described as dull for some users. Freshman Thomas Skroly downloaded SmileBack, the first dating app he’s ever used.

“It was alright for a first experience, but it could have been better,” Skroly said. “Some people say they never match with anyone because they always get the guessing wrong, which I completely agree with.”

While the difficulty of matching is a turn-off for some, Meyers and her boyfriend benefitted from the selectivity.

“We were lucky enough to both guess each other, and I guess that it is difficult, but at the same time, I like that feature because it’s selective,” she said.

Berenholtz and his co-founders originally started a website called whowentout.com as a way for people to virtually smile at people they saw at college parties. It eventually evolved into a mobile app that connects everyone on campus rather than just the partygoers.

“The way you get a match on SmileBack is different than all the swipe-right, swipe-left apps,” Berenholtz said. “The process is more thoughtful. You can’t send a smile to everyone. Every day you can choose only one out of four people. So when you get a match, you know that someone actually meant it.”