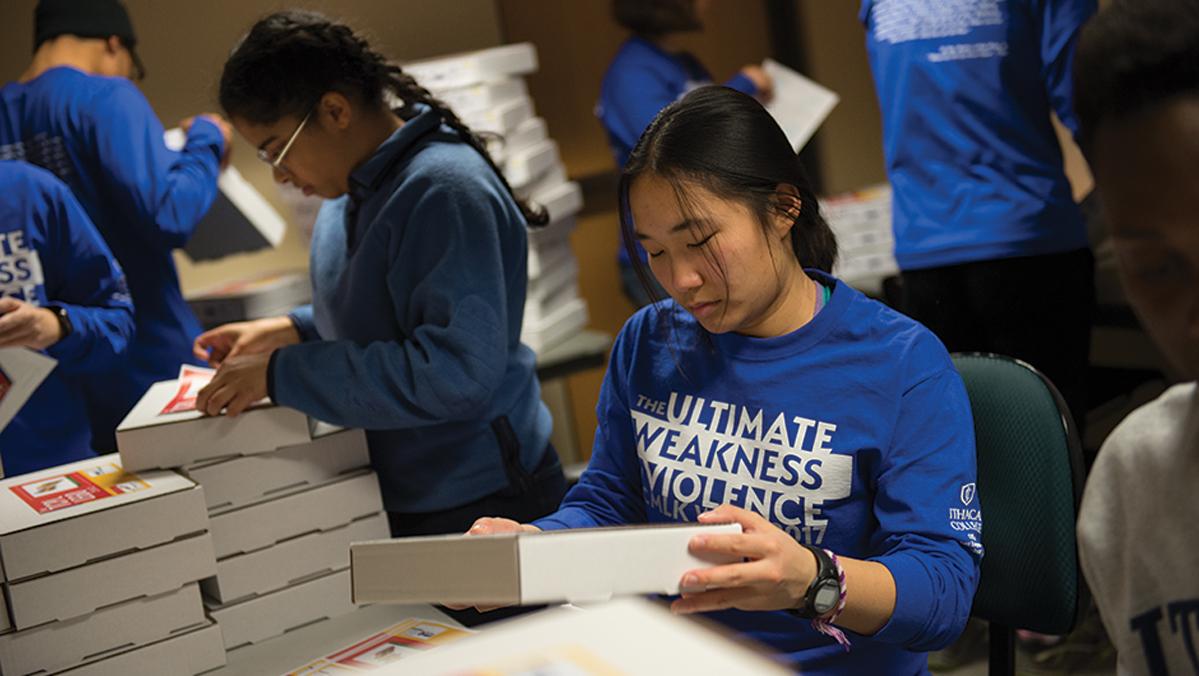 Sam Fuller/The Ithacan
Then-freshman Margaret Mowrer participated in the 2017 MLK Day of Service offered through the Office of Student Engagement and Multicultural Affairs. The Day of Service concludes the MLK Week Celebration each year.
By Sierra Guardiola — Life and Culture Editor
Published: January 24, 2018

At 9 a.m. on four Saturdays throughout each semester, students are already downtown for the day volunteering with community organizations across the greater Ithaca area. By the time they return, many of their peers are just waking up.

The Office of Student Engagement and Multicultural Affairs on campus has given students opportunities to volunteer in the Ithaca community through the Service Saturday program for the past nine years.

Every year, a service day is held on the Saturday following the weeklong MLK Week Celebration, during which the campus hosts a series of events to honor the life, legacy and messages of King, sponsored by OSEMA. MLK Week has been a tradition since 2008, when Peggy Ryan Williams, former Ithaca College president, declared the first day of classes a “day on, not off.” This year’s theme is Remaining Awake Through a Great Revolution.

Don Austin, assistant director of community service and leadership development, is a member of the college’s MLK Week Celebration committee and has been in charge of the Service Saturday program for the past eight years. 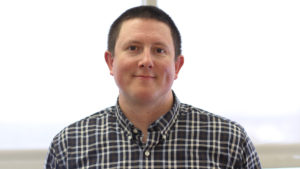 Austin has seen the number of participants on Service Saturdays double since he first became involved with the program eight years ago. On the MLK Day of Service, he said approximately 100 students come out to volunteer across nine sites in the community.

“I really genuinely believe that students really want to honor much of what they see as the positive life and legacy of Dr. King through service,” Austin said.

Sophomore Katja Krieger is a Student Leadership Consultant at OSEMA and helps coordinate Service Saturday alongside Austin and fellow SLC Jade Cardichon. MLK Day is about giving to the community and it is important to participate in service in your community, Krieger said.

“I really see the value in volunteering — not only how you see the effect in the community with who we interact with but also on a more individual level,” Krieger said. “It’s kind of hard because we are up on this hill and so far away from the community, but through Service Saturday you have this opportunity to go down and really see what the community is like.”

A large part of King’s message was to find a way to serve the cause you are passionate about, Austin said. This can resonate with students and encourage them to be active members of the Ithaca community while they are in college, he said.

“They feel that desire to want to act on what was one of Dr. King’s biggest charges,” Austin said.

One of King’s visions was to foster a world where communities from different backgrounds can work together to challenge and create solutions for issues around the world, Cardichon said. She said it is important for Service Saturday to focus on aspects of diversity, especially since the college is a predominately white institution.

“It definitely focuses and promotes those aspects of diversity–awareness education,” she said.

Austin said he awards certain students with an MLK Now award to show appreciation for participating in the day of service. This award goes to one student from each of the site locations who went above and beyond what was expected. Breakfast, lunch and T-shirts are also provided to all participants.

Doreen Hettich-Atkins, director of strategic planning and administration and member of the IC MLK Celebration Committee, said she and the committee members are passionate about making sure people understand all of King’s messages.

“I think most folks in your generation have heard the ‘I Have a Dream’ speech ad infinitum but don’t necessarily know about some of the other works that he has done or know about people who are continuing his work today,” she said.

Service was one of the primary messages that King lived by, Hettich-Atkins said.

“For us to do a weeklong celebration of his life without doing any service would feel like a miss,” she said.

The theme of each year’s weeklong celebration is chosen from one of MLK’s written works. Samantha Stafford, leadership programs coordinator at OSEMA and member of the MLK Week Celebration committee, said that though the works they pull from were written over 50 years ago, the messages they portray are still relevant today.

“We need to be able to make sure we are staying cognizant of what’s going on around us so we can create positive change,” she said.