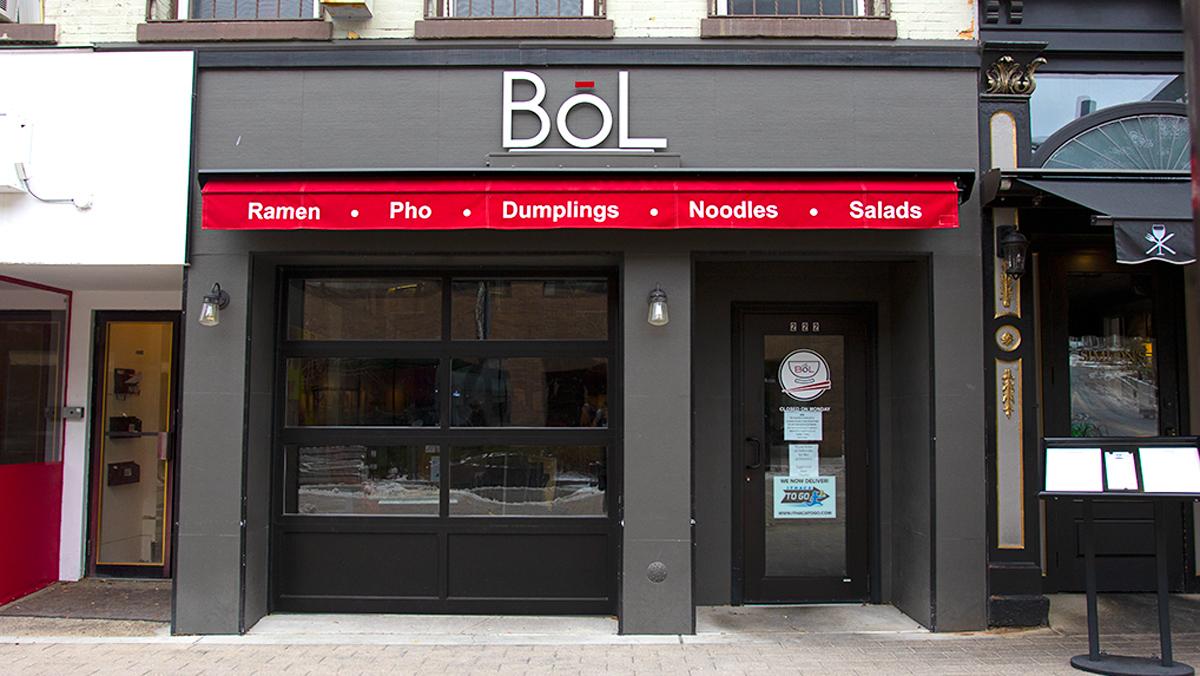 Ash Bailot/The Ithacan
In 2019, eight new restaurants opened in downtown Ithaca and five restaurants closed. The turnover of resturants is because of high rents, competition and the personal toll of owning a business.
By Madison Fernandez — News Editor
Published: December 12, 2019

From pizzerias to Moroccan concepts, Hicham Oulida, Towers Marketplace retail manager at Ithaca College, has owned six restaurants — five of which were in Ithaca — over the past decade. He said his main reason for closing these businesses is simple: He did not have a sufficient work-life balance.

Dedicating enough time to owning and managing a restaurant is just one of the many reasons that contribute to restaurants’ longevities. In 2019, there were eight new restaurants in downtown Ithaca, said Gary Ferguson, executive director of the Downtown Ithaca Alliance (DIA).

He also said two restaurants expanded or moved, and five closed in downtown Ithaca. Ferguson said that while there has been more movement in the downtown restaurant scene — the area comprised of The Commons and the surrounding streets — this year compared to previous years, it is not too atypical. He said this reflects the overall movement of businesses downtown. So far this year, there have been 24 new businesses and 12 that have closed, which includes the number of restaurants that have opened and closed.

“The key for me is how long do things stay vacant, and can we refill them?” he said.

There are 65 restaurants listed in the DIA dining guide, Ferguson said. He said that the No. 1 traffic generator for downtown is the food and beverage operators and that at least a million trips are taken annually to patronize downtown restaurants.

“That’s a big chunk of business for a little tiny area,” Ferguson said. “It is clearly one of our biggest niches and segments here in downtown.”

Approximately 17% of restaurants fail within the first year, according to a study by statisticians at the University of California, Berkeley. This rate is lower than the average first-year failure rate of all other service businesses, which is 19%. The study found that restaurants have a median lifetime of approximately four and a half years.

While all of the competition in such a small area can be a factor in restaurant turnover, some restaurant owners view the high volume as a motivator to improve their businesses. Gregar Brous, co-owner of Collegetown Bagels — which moved locations from North Aurora Street to City Centre on East State Street — said that over the past 40 years, he has seen a shift from being the only restaurant on the block to having dozens of other restaurants in the surrounding area.

“The competition is healthy,” he said. “I think it inspires people to be creative. It inspires people to look at themselves and look at what they’re doing because we do need to change with time. We need to address trends and address customer demands, and I think we’re more pushed to do that and to be conscious of it when there’s other people all around the street trying different things.”

National chains, which are mainly located outside the downtown area, provide additional competition. Brous said that on Elmira Road, the chains, like Panera Bread and Chipotle, draw customers away from the local and independent restaurants because they often have cheaper menus, better branding and more parking spots.

Some of the restaurant closures this year included BoL, a ramen and pho restaurant opened by Richard Avery and Dean Zervos, the owners of Simeon’s American Bistro, and Nikki Green, a health food restaurant. Jacky Falkenberg, former owner of Nikki Green, made the announcement that the restaurant was closing due to precarious finances and the manager and assistant manager leaving the business.

Ferguson said he thinks rents reflect the economic reality of the area. For instance, a space on the main strip of The Commons may be more expensive than a space down a side street, but the former has higher foot traffic.

He said he anticipates the space where Collegetown Bagels used to be — a corner on North Aurora Street — may take longer to fill because it is a more expensive space and there are a limited number of businesses that will prosper there.

“In downtown, we have a variety of rent locations ranging from some of the highest, some of the lowest,” Ferguson said. “So I think there’s opportunity for people, it’s just a matter of picking wisely and sort of making sure you fit in where you are.”

Brous said that in order to compensate for the larger space and higher rent — the previous location was 1,500 square feet, and the new location has 2,300 square feet — Collegetown Bagels is planning to introduce alcohol selections and later hours.

Oulida owned and co-owned restaurants on the main strip on The Commons, including pizzerias Casablanca and Due Amici.

He said that in addition to the expensive rent, he sold these establishments because of the construction that has been occurring downtown.

“We had to shut down sometimes for weeks,” he said. “We don’t make any more profit, so that’s when I was thinking, ‘Oh this it. Sell it. I don’t want to take the risk.’”

Ferguson said the DIA tries to encourage individuals looking to open new restaurants to fill a niche and offer a type of food that is short in demand.

He said that, for instance, there is a lack of steakhouses or soup and salad locations downtown.

The DIA also offers technical assistance and marketing, including incorporating restaurants in food-centric events, like the annual Chowder Cook-Off in December.

“Sometimes it comes down to how well somebody is going to run their business,” he said. “How smart and savvy they are in marketing and reaching out to people, particularly young people and students. There’s a trick to doing that. If you’re good at doing that, you’re going to do better.”